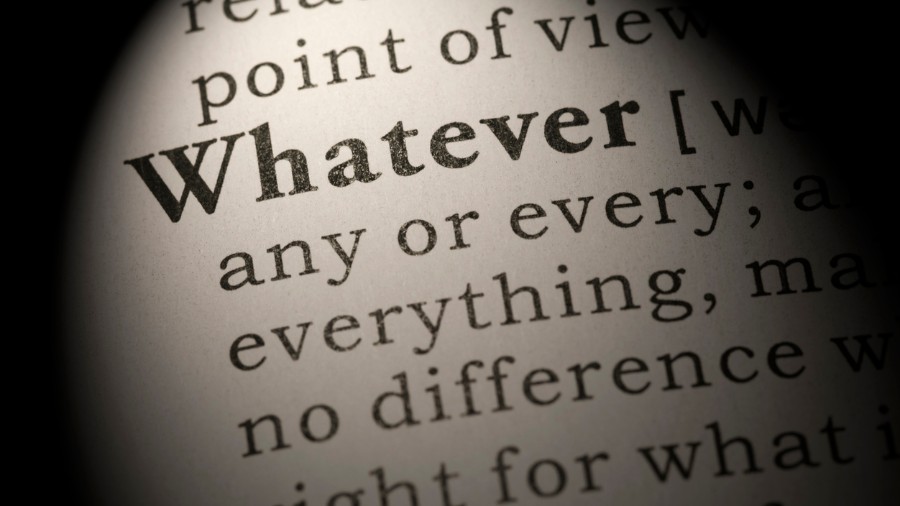 The natural state of mankind is … freedom. And the proof is the length to which a man, woman or child will go to regain it once taken. (from the film “Amistad”)

Back in 1996 I spent a week in Hong Kong, speaking at a number of churches and seminaries. It was nine months before what’s commonly called “The Handover” occurred, when control of the territory was transferred from the United Kingdom to China.

Knowing China’s less than stellar track record on religious liberty, I wondered what impact the transfer would have on Hong Kong’s churches. When I asked local pastors and leaders about this, I’d get one of two answers: “We’re not worried, we think we can work with the government,” or “We’re praying about how to go underground if we need to.”

The difference in answers was, without exception, determined by the kind of church leader I was speaking with. Those with a high view of scripture were the “praying and ready” type, preferring an underground church to one controlled by the state. Those with more liberal views were in the “not worried” class, ready and willing to comply.

Spreading Tyrannies Aren’t the Worst of It

No surprise there. When believers hold the Bible as authoritative, study it accordingly, and live it out, then there’s both a keen love for freedom and a determination to preserve it. Otherwise, personal and religious liberties are seen as nice, but optional, and certainly not a hill to die on.

Which brings me to my biggest complaint about the tyrannies spreading through America.

It’s not the insatiable cravings our universities have to control speech and thought, the heavy handedness of social media, the mob rule of cities taken over by force or the trend to tell Christian pastors and leaders what they may or may not say, all of which is horrible.

My biggest complaint, though, isn’t that bullies are dismantling liberty. It’s that they are being allowed to. We’re losing what used to be a hallmark of American thinking: a generally agreed upon reverence for freedom as a non-negotiable, life or death issue.

This wouldn’t have sat well with Thomas Jefferson, who would have met these modern injustices with a defiant tone:

…for I have sworn upon the altar of god eternal hostility against every form of tyranny over the mind of man.

Former slave and trailblazing freedom fighter Harriet Tubman wouldn’t have sat still for them, either:

I had reasoned this out in my mind, there were two things I had a right to, liberty or death; if I could not have one, I would have the other.

Patrick Henry would have concurred. When he proposed forming a militia to defend Virginia against the power of the Crown he declared what ought to be tattooed on our national conscience:

Give me liberty or give me death.

Compare then to now.

Look how easily tyrants can requisition a city, how readily so many politicians at the highest levels condone them, how many Americans will not only tolerate but even choose socialism, and how many Christians respond to the dismantling of religious liberty with a feeble “Give me liberty. Or don’t. Whatever.”

Our value of liberty has become like that of the Laodicean church’s spirituality: present, maybe, but lukewarm.

I think there’s a reason, and I think it has a lot to do with the degree to which modern Christians value our liberty in Christ.

Love It? Then Live It!

It starts with us. Dr. Martin Luther King Jr. noted that

The church must be reminded that it is not the master or the servant of the state, but rather the conscience of the state. It must be the guide and the critic of the state, and never its tool. If the church does not recapture its prophetic zeal, it will become an irrelevant social club without moral or spiritual authority.

This hearkens to Jesus reminding us we are the salt of the earth; the light of the world. (Matthew 5:13-16) The modern church’s willingness to not only be present, but prophetic, will determine whether we are relevant influencers or, as Dr. King noted, irrelevant social acquaintances.

Invested in Our Own Slavery

If many of us are content to be in bondage to pornography, or chemicals, or greed, bodily appetites, materialism or bitterness, then we are believers who are invested in slavery.

If many of us are likewise content to go through the motions of the faith through church attendance and a nice Christian identity, yet seldom invest in the study of the Word, prayer, personal evangelism and the day-to-day sanctification of saying No to the flesh and Yes to the Spirit, then we may not be invested in slavery, but we’re hardly invested in liberty, either.

It’s inescapable: if we love something, we live it out. If we are not living out our individual freedom in Christ, we can hardly expect to persuade the world that freedom is valuable. If freedom is something we hold in high esteem, we will strive to see it manifest in all ways — spiritually, socially, politically.

Living It? Then Fight For It!

All of which leaves me with some choices today.

First, I can choose personal freedom by daily examining my life by the Word and in prayer, asking, as David did, for both my conscious and hidden faults to be exposed and rendered powerless. (Psalm 19:12-13)

Second, I can be a loving encourager to Christian friends and family who have their own battles to fight. I can listen, exhort, pray with and be there for the church.

Third, I can express my love for freedom by fighting for it, both in myself and my culture. I can protest tyrannies, vote responsibly for people who share my respect for liberty and refuse to be intimidated from speaking my mind and heart just because what I’m speaking is out of fashion.

There will be a price to pay, maybe heavy, maybe minor. But choosing freedom over life itself still works, because no one can really be at peace knowing she or he is witnessing the erosion of freedom yet saying and doing nothing about it.

On this point, let’s take a cue from playwright Lillian Hellman who, when pressured by the House on Un-American Activities Committee to name names, famously replied:

I cannot and will not cut my conscience to fit this year’s fashion.