Georgia: One of Many Reasons for Skepticism, Disgust 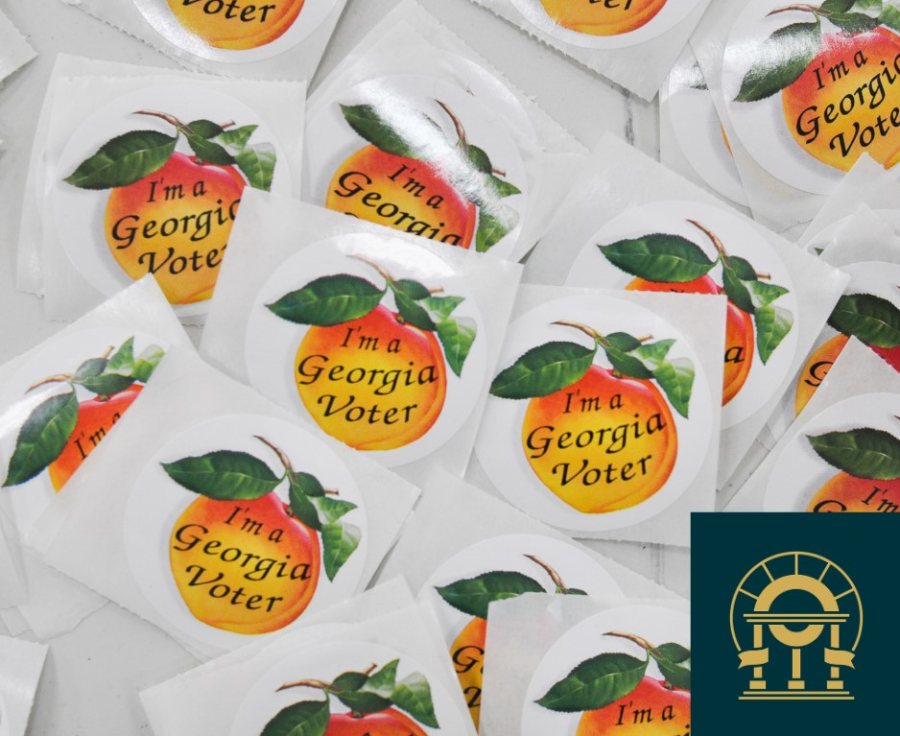 The federal judge in one of Sidney Powell’s election lawsuits, this one concerning Dominion Voting Systems in Georgia, issued an order Sunday requiring the state to cease and desist wiping or resetting machines.

Oh, but he had a good reason. “The state” was not in possession of the machines. “Plaintiffs’ request fails because the voting equipment that they seek to impound is in the possession of county election officials.”

Got that? The state doesn’t have the machines. The counties have them, and “…plaintiffs have not demonstrated that county election officials are within Defendants’ [the state’s] control.”

Lin Wood, an attorney associated with the Trump campaign, couldn’t believe it. “What???” was his response. He noted that the machines are owned by the state and that Georgia elections are overseen by the Georgia Secretary of State. This judge used a ridiculous technicality to reverse a completely reasonable order to prevent officials in the state of Georgia from wiping forensic evidence.

‘Atlanta Already Did It’

The plaintiffs had filed their emergency motion after an election official told a poll worker that ballot-counting machines would be “reset to zero” on Monday, November 30, prior to the recount. This information was put into an affidavit by the poll worker, a Republican, who had expressed concerns to the official about wiping the machines.

When the poll worker asked the official if the reset would wipe forensic evidence off the machines, he was told, “Atlanta already did it.”

I’ll pause while that sinks in.

“Updated the software”? At the risk of sounding like Lin Wood, what?

In an update late Sunday night, the judge — I assume because the story got out — finally did grant a temporary restraining order on election officials in Cobb, Gwinnett and Cherokee counties to prohibit them from “any alteration, destruction or erasure of any software or data on any Dominion voting machines” used in the 2020 elections. He graciously allowed Wood to amend the previous complaint to include counties in possession of voting machines. But what about Fulton County? Is it true that “Atlanta already did it?”

Here’s the full story at The Epoch Times .

The NOQ Report has this story, too, with an interesting add-on about a Department of Justice plane logging two trips to Toronto, where Dominion Voting Systems is headquartered. After spending three days there, the same plane flew to Atlanta, where it remained on the tarmac for just over an hour. The speculation: the DOJ was picking up hard drives or other equipment to take back to DC for analysis. Hard to believe they’re on the case, but maybe they are, very quietly.

Here’s the original story on those Justice Department flights , which was reported by NOQ on Saturday.

You Must be a Crank or a Conspiracy Theorist

This Georgia story is just one of many unacceptable facts — repeat, facts— coming to light in the aftermath of Election Day. If you still hesitate to tell friends and acquaintances that you question the results of the election, fearing they’ll think you’re a crank or conspiracy theorist, just have them read the best article we’ve seen that lays out the many reasons for doubt. It’s from The Spectator, by Patrick Basham, “Reasons Why the 2020 Presidential Election is Deeply Puzzling.”

Basham is a director of The Democracy Institute and a pollster himself who, after looking at the many anomalies, believes that Trump campaign “is well within its rights to contest the tabulations.” He knows that with the given media narrative and the current political climate, “to say out-loud that you find the results of the presidential 2020 election odd is to invite derision. You must be a crank or conspiracy theorist.”

Perhaps his largest concern is the staggering amount of vote-flation there was. Trump got more votes than any incumbent President ever seeking re-election. He got 11 million more votes than he got in 2016, and somehow still lost. According to exit polls, he grew his support among black voters by 50 percent. He increased his share among Hispanic voters to 35 percent, making it “arithmetically impossible for a Democrat presidential candidate to win Florida, Arizona, Nevada or New Mexico.”

Basham is wondering exactly the same thing we have: where did those thousands of Biden votes that put him over the top come from? I would stress that if these were fraudulent, every one of them canceled out someone’s legitimate vote for Trump.

Even more to the point, Biden got them in exactly the places he needed to, to win the Rust Belt states that usually go the way of Ohio, which went red big-time this year. Biden got them in the cities of Philadelphia, Detroit, Milwaukee and Atlanta. “He did not receive comparable levels of support among comparable demographic groups in comparable states,” Basham said, “which is highly unusual for the presidential victor.”

Basham goes on to list in bullet points many of the problems we’ve discussed here, such as the suspicious halt to the counting just in those cities (he doesn’t even mention the phony “burst water main” story in Georgia), the statistically abnormal results that coincidentally started when counting resumed, the ejection of Republican poll watchers, destruction of mail-in ballot evidence (which contain signatures that should have been matched), missing USB cards containing thousands of votes, non-resident voters (he mentions the discovery by Matt Braynard that thousands of Georgia “voters” no longer met residency requirements or were using commercial addresses or boxes as “residence” addresses), and much more.

And when you take a look at the amazing down-ballot sweep for Republicans all across the country, it just doesn’t make sense.

Basham brings up a particularly incredible coincidence: “For … 53 batches of votes counted, Biden led Trump by the same exact 50.05 to 49.95 percent margin in every single batch.” What are the odds?

“Whether the cause was simple human error or nefarious activity,” he says, “or a combination, clearly something peculiar happened. If you think that only weirdos have legitimate concerns about these findings and claims, maybe the weirdness lies in you.”

In interviews over the past couple of weeks, Basham has asked the question that if there’s really no evidence of fraud and it’s crazy to think Biden didn’t really win, what’s the harm of taking a closer look and letting the lawsuits play out? Wouldn’t this simply end up confirming that Biden is the real President? Our side would then have to say that we lost fair and square. Isn’t that what Democrats would want? Then the only people still questioning Biden’s win would be the cranks and conspiracy theorists.

The very fact that courts are trying to squelch efforts to examine what happened on Election Night tells us something that no judge or election official can cover up, no matter how hard he tries.

Do the Math: What’s Going on With Georgia’s Ballots?