What is happening to Nigerian Christians meets the established international standards for genocide. 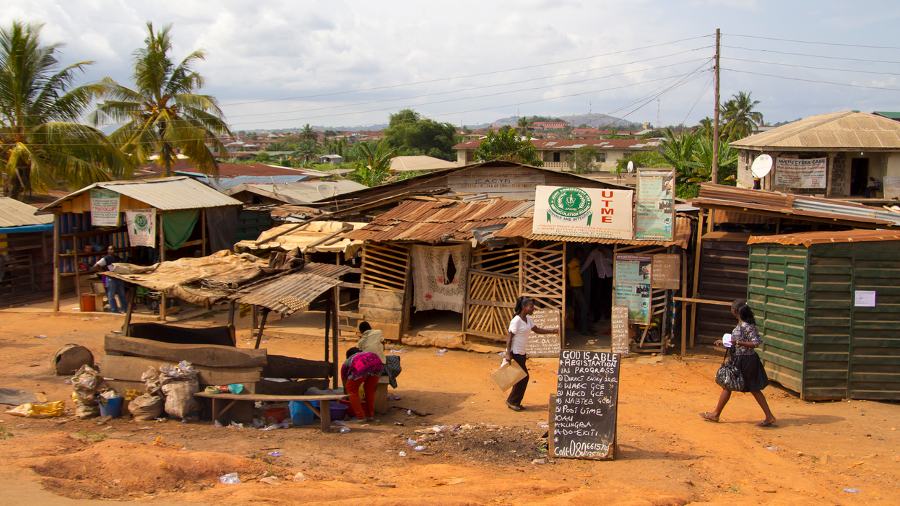 Back in May, 20 Nigerian Christians were brutally martyred by the Islamic militant group ISIS. In June, 40 more Christians died in Owo, Nigeria, in a terrorist attack against a church. Though it is not clear who is responsible for that attack, what is clear is that Christians continue to be severely persecuted in this West African nation. The persecution, which has been ongoing for years, is part of a long history of conflict with Islam.

In 1953, Christians made up only 21.4% of the population in Nigeria. Today, about half of the country’s population, about 96 million people, are Christians. To put that number in perspective, Germany, the largest country in Europe, has a total population of less than 84 million. Much of the Christian growth in Nigeria has resulted from education efforts by Western missionaries, though the country has long had a Christian presence.

Facing the Threat of Boko Haram

Nigeria’s Christians live primarily in the southern, farming part of the country. They are mostly under attack by Islamists and the Muslim Fulani, who live mostly in the northern herding areas. They also face the threat of Boko Haram, a ruthless Islamist terrorist organization whose name literally means Western learning (boko) is prohibited (haram).

Boko Haram was founded in 2002 to overthrow Nigeria’s government and impose strict sharia on the country. The group was relatively quiet until 2009, after which conflicts with police escalated. By December 2010, Boko Haram began a campaign of suicide bombings and attacks on churches and government buildings. In 2014, they began to attack schools. In one attack, 59 schoolboys were burned alive or shot. In another, 276 schoolgirls were kidnapped. In both cases, the victims were Christians. Boko Haram has also conducted massacres in mosques that do not support their radical ideology.

Also in 2014, Boko Haram pledged loyalty to ISIL. That loyalty ended in 2016, when ISIL ordered Boko Haram to stop attacking Muslims. Currently, there are three Islamist terrorist groups that originated with Boko Haram: Boko Haram proper, the Islamic State West African Province, and Ansaru, an al-Qaeda affiliate. All are engaged in terrorism, not only in Nigeria but also in surrounding countries, with much of it aimed at Christians.

The Fulani Herdsman are Even More Dangerous

As dangerous as these explicitly Islamist groups are, the Fulani herdsmen are worse. Because the Fulani territory in north Nigeria is suffering from a long-term drought, the Fulani are moving south to access water. In the process, the herdsmen have been raiding and burning villages, slaughtering villagers, destroying crops, and engaging in a host of other atrocities in order to take the land for themselves and drive out Christians.

President Muhammadu Buhari is a Fulani. Though he has attempted to address some of the economic issues that drive Fulani militancy, he has denied that religion plays any role in the conflict. He points out, for example, that Muslim villages have also been raided. Still, the vast majority of attacks have come against Christians, and the Fulani’s history of Islamic militancy dates back to the late 17th century.

Though contemporary Fulani militancy reveals a struggle between nomadic herders and farmers going on for millennia, denying the religious dimensions of these attacks is pure propaganda. Christian villages are deliberately targeted, Christian houses and churches are burned, and Christians driven off or slaughtered.

Although up-to-date numbers are hard to come by, between the Fulani and Boko Haram and its offshoots an average of 13 Christians per day were killed in Nigeria last year. That’s 372 per month or over 4,450 alone. In the last 12 years, 43,000 Christians have been killed by Islamic radicals in Nigeria. And these numbers do not include those injured, beaten, or driven from their homes.

What has happened to Nigerian Christians meets the established international standards for genocide.

Christians must not forget the spiritual aspects at the root of this conflict. God is moving and the Church is expanding across Africa. In 1900, there were just 9.64 million Christians on the continent; today there are over 692 million. It is not surprising to see Satan counterattacking by inspiring persecution.

For our Nigerian brothers and sisters, we can fight on two fronts. First, we must continue to lobby our government on behalf of suffering Christians, asking our officials to put pressure on Nigeria to take more decisive action against Boko Haram and the Fulani herdsmen. Second, we must lobby Heaven, for both our persecuted brothers and sisters and their persecutors, praying that God’s kingdom would advance and win even the jihadis to Jesus.

Glenn Sunshine (Ph.D., University of Wisconsin, Madison), the founder and president of Every Square Inch Ministries, is professor of history at the Central Connecticut State University, a Research Fellow of the Acton Institute for the Study of Religion and Liberty, and a Senior Fellow at the Colson Center for Christian Worldview.