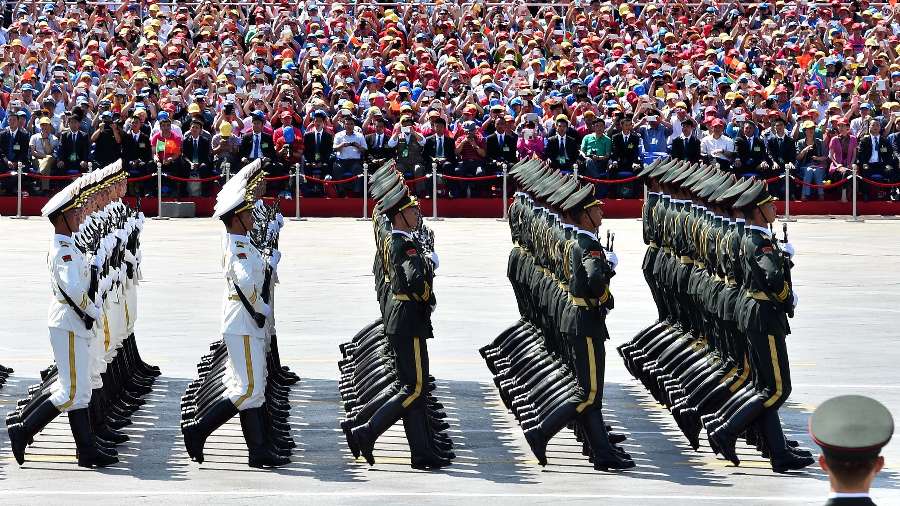 The annual report published by the Congressional-Executive Commission on China (CECC) determined that China had perpetrated “systematic violations of human rights” and that it posed a “challenge to the rules-based international order,” a press release accompanying the report’s publication stated.

The report’s findings cover a wide range of issues, including freedom of religion; the rights of women and refugees; as well as rights for repressed peoples, such as those in Xinjiang, where the commission determined China is perpetrating both “genocide” and “eugenics.”

The justification for the determination hinges on the United Nations’ definition of “genocide,” which is satisfied when actions against groups “prevent births.”

The report found that “many of the most egregious abuses” targeted women and included “rape” perpetrated by concentration camp “officials and government employees.”

The report also concluded, among other atrocities, Uyghur and ethnic minority women were subject to forced sterilizations and abortions, which has caused a “drop in birth rates.” The commission characterized these practices as amounting to “eugenics.”

The report also states the CCP sought to “further the ‘sinicization’ of religions practiced by ethnic minority groups.”

Arslan, a Uyghur who asked not to have his full name publicized in fear of retribution upon his family who remain under CCP rule, told the Daily Caller News Foundation, “People used to go [to the mosque] every day for their daily prayer. Now it’s forbidden … They’ve turned it into a tourist site.”

The report also contained 18 policy proposals, many shared with a letter sent Monday to ranking members of the House and Senate, urging the inclusion of language within the U.S. Innovation and Competition Act (USICA) and the America COMPETES Act of 2022 (COMPETES).

First among its suggestions, the letter proposes that COMPETES should include the “creation of expanded immigration pathways for Hong Kong residents and Uyghurs,” which the annual report reiterates.

Both the letter and annual report also recommend the creation of a “China Censorship Monitor and Action Group,” advocate for U.S.-based Chinese companies to be reviewed for complicity in human rights violations and also call for funding to support human rights efforts.