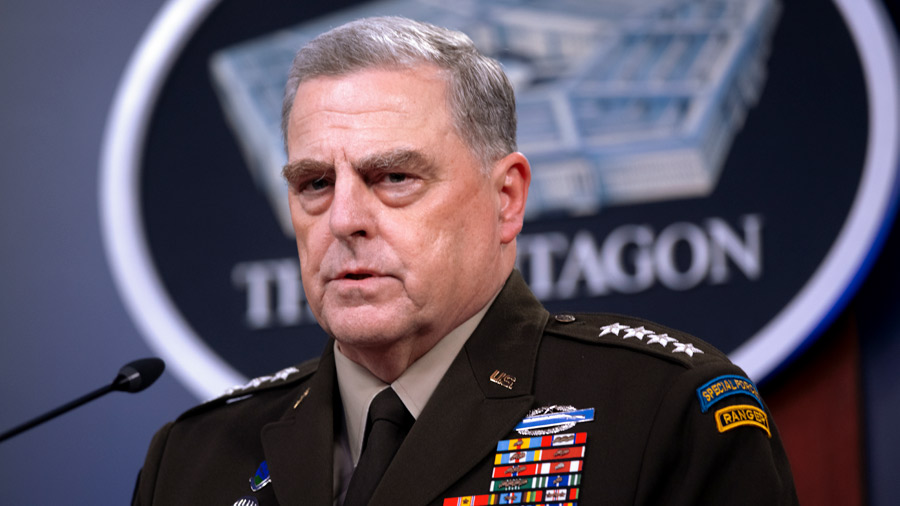 The number of dangerous encounters between Chinese and U.S. and partner forces in the Pacific has increased in the past five years as China’s military becomes more confrontational, a top U.S. defense official warned Sunday.

Chairman of the Joint Chiefs of Staff Gen. Mark Milley warned at a meeting with Indonesia’s top general that China is demonstrating “more aggressive” behavior ahead of a meeting with regional heads of defense in Australia scheduled for Monday, the Associated Press reported. He did not provide specific numbers of unsafe interactions.

“The message is the Chinese military, in the air and at sea, have become significantly more and noticeably more aggressive in this particular region,” Milley said.

Milley addressed concerns of a security contract Beijing signed with the Solomon Islands in April that Western officials fear may lead to a military base established on the islands, the AP reported.

“This is concerning because China is not doing it just for benign reasons. They’re trying to expand their influence throughout the region, and that has potential consequences that are not necessarily favorable to our allies and partners in the region,” said Milley.

Milley’s statement comes as China confirmed prior threats of possible military action should House Speaker Nancy Pelosi follow through with her reported August visit to Taiwan.

China’s rhetoric regarding Pelosi’s visit was notably more combative than it has been in the past, saying China expressed “stronger opposition” to the U.S., Financial Times reported Saturday, citing six people with direct knowledge of the warnings.

Senior U.S. national security leaders expressed concern that Pelosi’s trip could increase the pressure on an already tense relationship between the U.S. and China, particularly relating to alleged escalation after a U.S. warship traveled through the Taiwan Strait, Reuters reported. While the National Security Council provided “context, facts and geopolitical relevant information,” it reiterated that the Speaker is free to make her own decisions, FT reported.

#GenMilley: We are now facing two global powers, China and Russia, each with significant military capabilities, both who intend to fundamentally change the current rules-based [global] order. pic.twitter.com/iZIMA7lneo

China’s rhetoric regarding Pelosi’s visit was notably more combative than it has been in the past, saying China expressed “stronger opposition” to the U.S., Financial Times reported Saturday, citing six people with direct knowledge of the warnings.

The Chinese Ministry of Foreign Affairs spokesperson Zhao Lijian said at a press conference Monday that China is “fully prepared for any eventuality.”

“If the US side insists on making the visit, the Chinese side will take firm and strong measures to safeguard our sovereignty and territorial integrity,” Lijian added.

An official press release from the Australian defense ministry states that key topics in the conference include climate change, advanced technologies and the war in Ukraine. It does not explicitly mention China.

The Chinese Ministry of Foreign Affairs, the Chinese Embassy to the U.S. and the Joint Chiefs of Staff did not respond to the Daily Caller News Foundation’s request for comment.