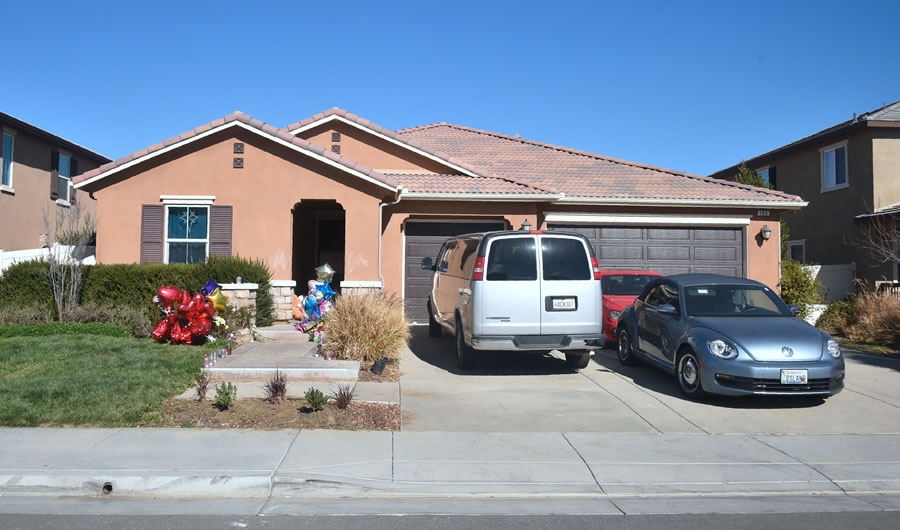 In this Jan. 24, 2018, file photo, balloons, flowers and other momentos are seen in front of the Turpin family's home in Perris, Calif. The older seven Turpin children, ranging in age from 18 to 29, were released from the Corona Regional Medical Center Thursday and are now living by themselves in an unidentified rural home.

The older Turpin children were released from the hospital Thursday and are now living in a rural California home, their Lawyer Jack Osborn told ABC News on Monday.

The older seven Turpin children, ranging in age from 18 to 29, were released from the Corona Regional Medical Center Thursday and are now living by themselves in an unidentified rural home, reported ABC News. The Turpins have 13 children in total, who are also referred to as “The Magnificant 13.”

The seven siblings were recuperating in the hospital after police rescued them from being allegedly enslaved and shackled to furniture by their parents David and Louise Turpin in January.

“The adult siblings want to be known as survivors, not victims,” said Osborn, who specializes in special needs cases. The children are described as warm and charming to people who interacted with them as they continue adjusting to the outside world.

“They’re joyful, warm, considerate. It’s not all about them. They want to hear what’s going on with you and me and my family,” said Osborn. “It’s just really fun. It’s fun to be around them. Of course, they’re really full of joy about their life and the things they get to experience right now.” The younger children, ages two to 17, were released from the hospital and are currently split between two separate foster homes.

“They pretty much love any food that is fresh. They love fruit, pasta and soup,” added Osborn. The children, who were allegedly starved and malnourished by their parents, spent their first 24 hours out of the hospital picking citruses, making Mexican food, and having sundaes.

David and Louise Turpin are currently being held in prison on a $13 million bail. They are both charged with 12 counts of torture, false imprisonment, seven counts of abuse to a dependent adult, and six counts of child abuse. David is also facing one count of a lewd act to a child, added the Daily Mail.

Both parents pleaded not guilty.