What is the ‘Fruit’ of the Evolving Faith Conference? 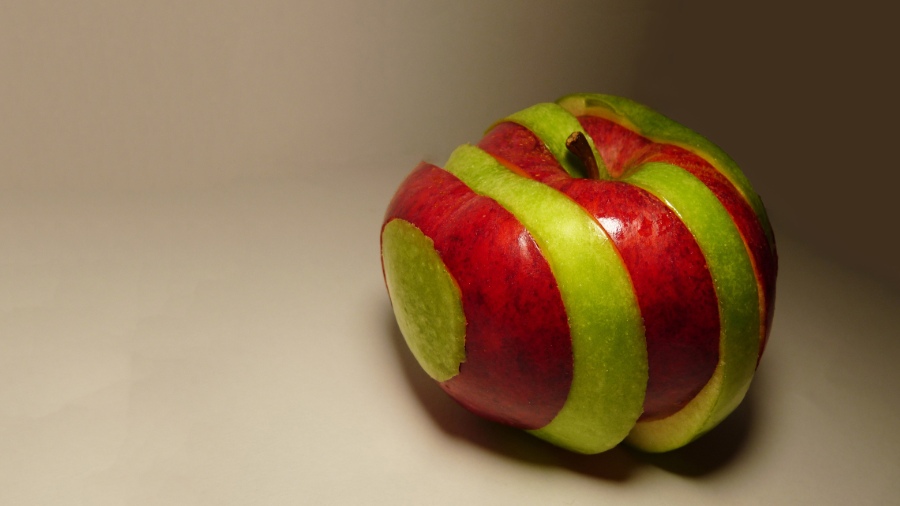 Last weekend about 3,000 people came together in Denver to hear lectures from progressive influencers such as Jeff Chu, Jennifer Knapp, and Jen Hatmaker for the Evolving Faith Conference 2019.

I did not listen to most of the lectures, so I will not comment on the conference as a whole. But Jen Hatmaker wrote a synopsis that has been shared thousands of times. So I will offer a few comments on her post.

Harmed by the Church

Sadly, it is clear, as Jen notes, that many people who attended the conference feel they have experienced genuine hurt from the church. Jen writes, “I saw people treasure their Scriptures although they’d been weaponized against them. I watched them worship a God they were told despised them. I heard them stubbornly hold on to hope after disappointment, spiritual abuse, exile.”

My heart breaks for people who feel that the Bible has been “weaponized against them” or who were told God “despises them.” The Bible is not meant to be a weapon to hurt people. Though Scripture teaches that God despises our sin (Proverbs 6:16-19), He wishes all would come to repentance (2 Peter 3:9). And I mourn for those who have experienced spiritual abuse at the hands of church leaders. We can do better.

Rather than leading with criticism, we might be better served to first listen to the criticism and see if we have contributed to the hurt in any way. As many recent stories have shown, the church does not have her hands clean. Let’s first look at our own lives with honesty and humility before criticizing others.

Yet some criticism is in order. Hatmaker gave a session about faithfulness in regard to how we can adjudicate when part of the church calls something good and another part calls it bad. “Who decides,” ask Hatmaker, “what is good and what is not?” Great question.

Her answer? “We look to the fruit, which doesn’t lie (Luke 6:43-46).” The Luke passage she cites is about discerning a tree by its fruit. A good tree bears good fruit, and a bad tree bears bad fruit. Hatmaker considers the “fruit” of her former conservative brand of Christianity, which she says was based in defensiveness. She says that it fostered, “exclusion (and its subsequent trauma), relational breakdown, patriarchal wounds…” While she may have believed it was good fruit at the time, she now believes it was bad.

Today, she has a different filter for discerning fruit: “When people are flourishing, valued, honored, and restored…there is Jesus, there is good fruit.” Where can we find this good fruit? Again, Hatmaker says, “We must look to the margins, not the power brokers. If it is not good news for women, POC, the LGBTQ community, people with disabilities, immigrants, the poor…then IT IS NOT GOOD NEWS. This is our baseline.”

What is Good Fruit, Really?

In sum, Hatmaker argues that good fruit is teaching that benefits the marginalized. That includes women, the LGBTQ community, the poor and so on. If teaching does not lead to the flourishing of those on the margins, it is bad fruit. In other words, we should judge biblical teaching by its practical effects on the lives of the marginalized according to how well they flourish (Hatmaker notably doesn’t define what she means by flourishing).

To a degree, I have great sympathy for her views. After all, there is no one in history who cared more about those on the margins than Jesus. He healed lepers, blessed children, preached about the importance of helping the poor, and told the story of the Good Samaritan. As Christians, we should care deeply about the marginalized, as Hatmaker emphasizes.

Nevertheless, the key issue here is how we adjudicate between differing views when part of the church calls something good and another part calls it bad. To answer this, we have to address the question of what Jesus meant by “fruit.” And this is where Hatmaker makes a costly mistake.

Jesus did not teach that bad fruit is the negative experiences people have when they are told to obey God. It is not the harm people experience because of traditional theology (which isn’t actually true, by the way). Jesus did not teach us to evaluate Scriptural teachings and doctrine by the social effects they have on a certain segment of society, but on the moral effects they have on all of our lives.

Jesus’ Own Teaching on Good Fruit

Ironically, the very next verses, after the ones Hatmaker cites, make it clear what Jesus believed about identifying good and bad fruit.

Why do you call me ‘Lord, Lord,’ and not do what I tell you? 47 Everyone who comes to me and hears my words and does them, I will show you what he is like: 48 he is like a man building a house, who dug deep and laid the foundation on the rock. And when a flood arose, the stream broke against that house and could not shake it, because it had been well built. 49 But the one who hears and does not do them is like a man who built a house on the ground without a foundation. When the stream broke against it, immediately it fell, and the ruin of that house was great. (Luke 6:46-49)

The Apostle John confirms this understanding of the word “fruit” when he records Jesus as saying, “By this my Father is glorified, that you bear much fruit and so prove to be my disciples. As the Father has loved me, so have I loved you. Abide in my love. If you keep my commandments, you will abide in my love” (John 15:8-10).

Jesus asks his disciples to bear much fruit, which means living obediently to his commands. Thus, good fruit is obedience and bad fruit is disobedience. If we consider this passage in its context, then we have an answer to Hatmaker’s question about how to adjudicate when part of the church calls something good and another part calls it bad. We submit our interpretations to Scripture. If our teaching leads to disobedience, then it is bad fruit. If our teaching leads to obedience, then it is good fruit.

This is what Jesus taught. And this is what he modeled. If we “treasure the Scriptures” as Hatmaker proclaims, then how can we do any less?

Does this mean we are unconcerned about people on the margins? Does it mean we are indifferent to the challenges, difficulties, and suffering people experience when trying to live faithfully? Of course not! There is a way to value equality and love, and to honor all people, while remaining biblically faithful. Jesus was the master at keeping this balancing act (e.g., see John 4; Luke 7:36-50).

Towards the end of her post, Hatmaker says, “When white, mostly male, straight married, able-bodied people with a certain threshold of money and power are at the center of the narrative, we will never correctly identify good fruit … privilege is the enemy of discernment.”

Well, I am white, male, straight, married, able-bodied, and live in Orange County. Could that blind me to what Jesus meant by fruit? Possibly. But if so, I hope she will point me back to Scripture and show me where I am wrong. If she can, I am happy to change my views. If not, I hope she will have the courage to change hers.