FROM SOLAR GRID TO CATTLE SHED: How Greenpeace’s Dream of a Solar-Powered Village Fell Apart in Just a Few Years 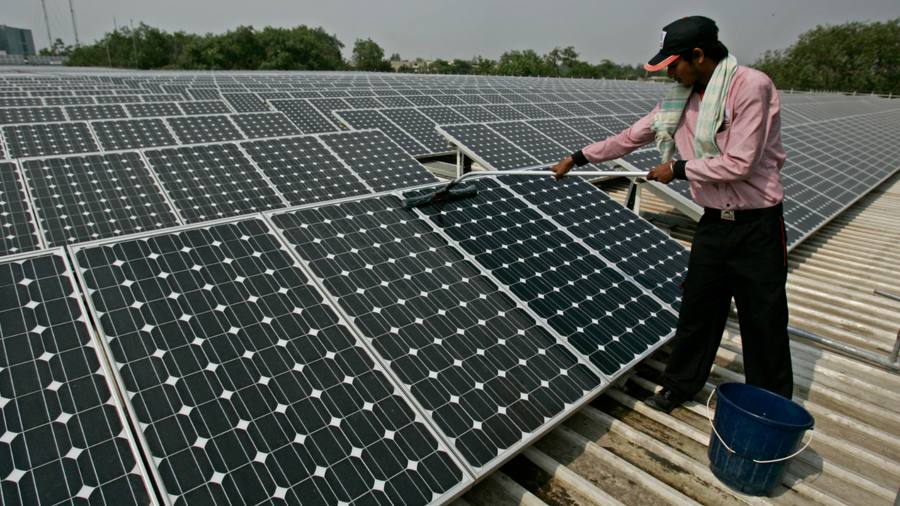 Eco-activist group Greenpeace brought solar power to Dharnai, India, in 2014, constructing a green micro-grid it said would make the tiny village “energy independent” and a model for the rest of the country to follow.

Eight years later, reports indicate the solar micro-grid is not only defunct, but being used as a cattle shed. The Dharnai venture is only one of many failed attempts by environmental groups, like Greenpeace, to “green” the developing world, according to one of its co-founders.

“Then, pretty soon the battery wears out and it just doesn’t get repaired and they don’t know what to do because they don’t have any expertise,” said Moore, who departed Greenpeace in the 1980s after he said the group lost touch with its original purpose. “There’s plenty of those stories.”

In July 2014, Greenpeace celebrated the project, claiming that it made Dharnai the first village in the state of Bihar to run on entirely on solar energy. The project quickly collapsed, though, as batteries became overused, causing the entire grid to fall into disrepair, environment-focused news outlet Mongabay-India reported in December.

Today, paddy straw is piled up around the project, which is now being used to shelter cattle, according to Mongabay-India. In addition, solar panels are covered in dust and rods supporting the green tech are heavily-rusted.

#Solar energy has changed the lives of these kids in #Dharnai, and they're so happy 🙂 >>> http://t.co/JUDyBxXuiC pic.twitter.com/HvYod84aQB

“When this solar farm went defunct, it was primarily because of two reasons,” Vijay Jayaraj, an India-based researcher at the environmental group Cornwall Alliance, told TheDCNF. “One is the cost of the power, and the second is reliability.”

“In 2016 and 2017, when the village was finally connected to the grid — and the grid was powered by coal power plants — they understood that coal power is much more reliable,” he continued.

Jayaraj added that non-governmental organizations like Greenpeace often market renewable energy alternatives to remote villagers with little or no electricity in developing countries. Such groups are able to avoid heavy scrutiny since the areas they approach are in dire need for power.

“These programs and solutions don’t talk about the sustainable nature of the programs, the longevity of the programs, what happens when the technologies age or how much of the current demand it could meet,” he said. “So, by pushing these questions under the carpet, these programs have started to take root in a lot of developing countries. India is no exception.”

While some villagers expressed optimism about Dharnai, India, solar facility in 2014, others protested it saying they didn’t want “fake” electricity, according to Mongabay-India. At the time, Nitish Kumar, the chief minister of Bihar, applauded the project and told locals that coal power would diminish over time while solar power would always be around.

“In the first three years, it worked well and people were using it. But after three years the batteries were exhausted and it was never repaired,” Ravi Kumar, a local shopkeeper, told Mongabay-India. “So now, while the solar rooftops, CCTV cameras and other infrastructure are intact, the whole system has become a showpiece for us.”

“No one uses solar power anymore here,” he continued. “The glory of Dharnai has ended.”

The number of solar connections in Dharnai and surrounding neighborhoods with access to the solar grid fell from 255 in 2014 to 120 in 2016, a Nalanda University study published in 2020 concluded. The study blamed high prices associated with solar power and the grid’s unreliability — villagers were warned not to use high power appliances like televisions and refrigerators — on the decreasing connections.

“We left solar connection after using it for one year. How can poor people like us pay such amounts of money?” an anonymous local told Nalanda University. “They used to give electricity only for two hours. During rain, they do not use to give electric supply and so does during the fog in the winter.”

Dharnai was eventually connected to the region’s coal-powered grid in 2016, giving villagers access to a much cheaper and more reliable power source, Mongabay-India reported. Coal power also allowed them to use high-power appliances.

Greenpeace apparently stopped posting about the Dharnai solar farm on social media and in blog posts back in 2015. The group didn’t respond to requests for comment from TheDCNF.

Still, developers of the project said the venture was a success because it provided a model for future energy independent solar grids.

“The project first showed how decentralized solar projects can work in such areas. It exposed the state to the idea of the utility of solar energy for the state,” Ramapati Kumar, the CEO of the Center for Environment and Energy Development which helped fund the project with Greenpeace, told Mongabay-India. “It was for demonstration purpose and suffered later due to upkeep issues.”