From a Hallmark Movie, a Powerful Pro-Life Message 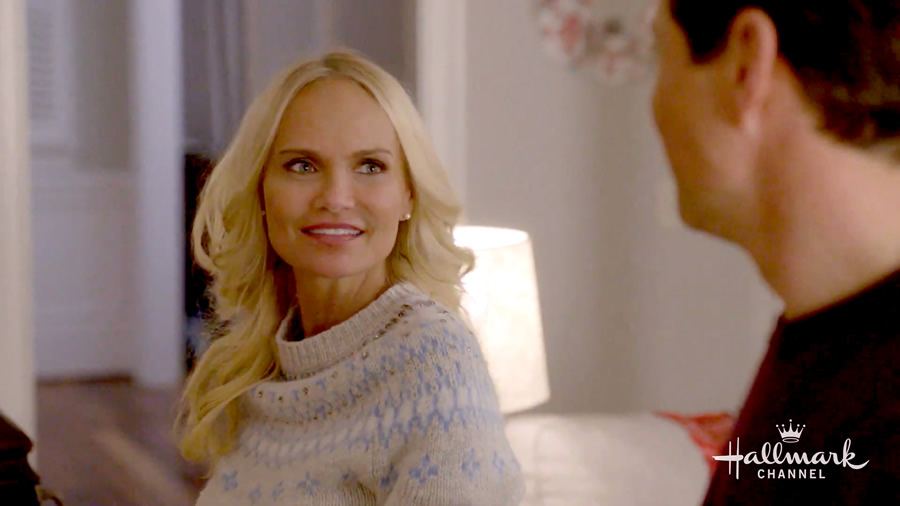 Katherine Clark, portrayed by Kristin Chenoweth, and Greg Scanton, portrayed by Scott Wolf, are seen on the set of A Christmas Love Story.

At first, A Christmas Love Story has all the hallmarks — if you’ll excuse the pun — of a typical Christmas TV movie.

A single lady choir director, Katherine, gets her youth choir geared up for the holidays. A young man, Danny, shows up as a volunteer for the props — but as soon as the choir director exits the room, he’s on the piano, crooning out a tune with the skill of a pop star.

Naturally, there’s an “obstacle:” The dad of the young man, Greg, doesn’t want his son to spend time in choir because the goal is for him to work at a financial firm, not live in a garret while chasing singing stardom.

And of course, of course, because this is a Christmas movie not made by a Grinch, Greg is a widowed, attractive guy who as soon as he meets Katherine starts to realize that maybe a life singing is better than a life on Wall Street.

So far, so normal.

Then, A Christmas Love Story has a unique twist.

Look, I’ve grown fond of Hallmark movies over the past couple of years. But I look to them much as I look to sugar cookies: insubstantial, cheerful fluff. In short, I don’t anticipate being genuinely moved one iota when watching them.

But A Christmas Love Story somehow manages the impossible.  [WARNING: Spoilers Ahead!]

We find out that Katherine gave up a child for adoption when she was younger, and shortly after, that Danny is her son — and the whole reason he volunteered to help with the choir is that he wanted to meet her. The two have a short, beautiful conversation in which Katherine expresses her joy that Danny’s adopted mom was the right woman to raise him and her happiness at seeing her son grown up.

It’s a wonderful moment — and as I found out later, all the more poignant because the actress depicting Katherine, Broadway star Kristin Chenoweth, was adopted herself.

In an article published on People in 2015, Chenoweth says:

I knew that my birth mother loved me so much that she wanted to give me a better life. And my parents, Jerry and Junie Chenoweth, were looking to adopt a baby and found me — literally less than one week after I was born.

Growing up, my parents explained my adoption by telling me, “We chose you.” It was a wonderful way to put it to an adopted child. And I think it’s true. An adoption is a full-circle blessing.

Chenoweth added, “I would thank my birth mother for loving me enough to make such a huge sacrifice. It’s a great gift for me to be able to say: ‘I know that I came from love, and I know that I have love.’”

No wonder the scene was so powerful.

When my dear friend, fellow Hallmark movie aficionado and Susan B. Anthony List vice president of communications Mallory Quigley, tweeted about the movie’s pro-life message, Chenoweth responded that it was “told from my gut”:

“That scene happened to me,” Chenoweth said on Facebook Live, per The Daily Wire. “I am adopted and I had this virtually same conversation with my birth mom.”

“I remember [my birth mom] saying to me, ‘Can you ever forgive me?’” she added. “And I was like, ‘There’s nothing to forgive. You gave me such a great life.’ I got the right parents.’”

If you’re looking for a family-friendly movie this Christmas season that affirms the value of all human life, check out A Christmas Love Story. It’s a powerful reminder, in this season of counting our blessings and cherishing our loved ones, that people matter the most — and every one of us deserves a chance to live.