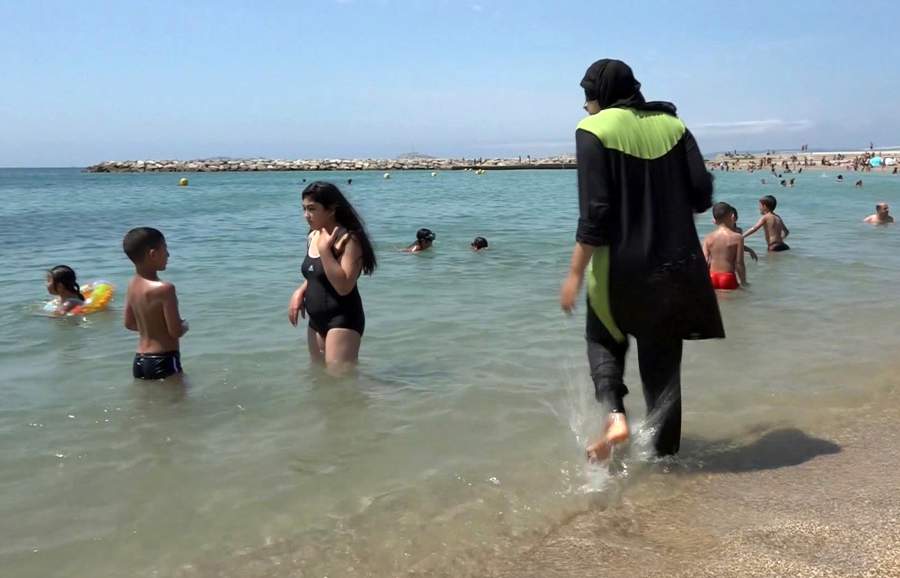 In this Aug.4 2016 file photo made from video, Nissrine Samali, 20, gets into the sea wearing a burkini, a wetsuit-like garment that also covers the head, in Marseille, southern France. France's Socialist prime minister Manuel Valls is expressing support for local bans of burkinis, saying the swimwear is based on the "enslavement of women" and therefore not compatible with French values.

This article is available to read at the Associated Press Archive Link here: http://www.apnewsarchive.com/2016/France-s-Socialist-prime-minister-is-expressing-support-for-local-bans-of-burkini-swimsuits-saying-the-swimwear-is-based-on-the-enslavement-of-women-and-therefore-incompatible-with-Fr/id-64e5d4f781a44aec9385ecc7989db672