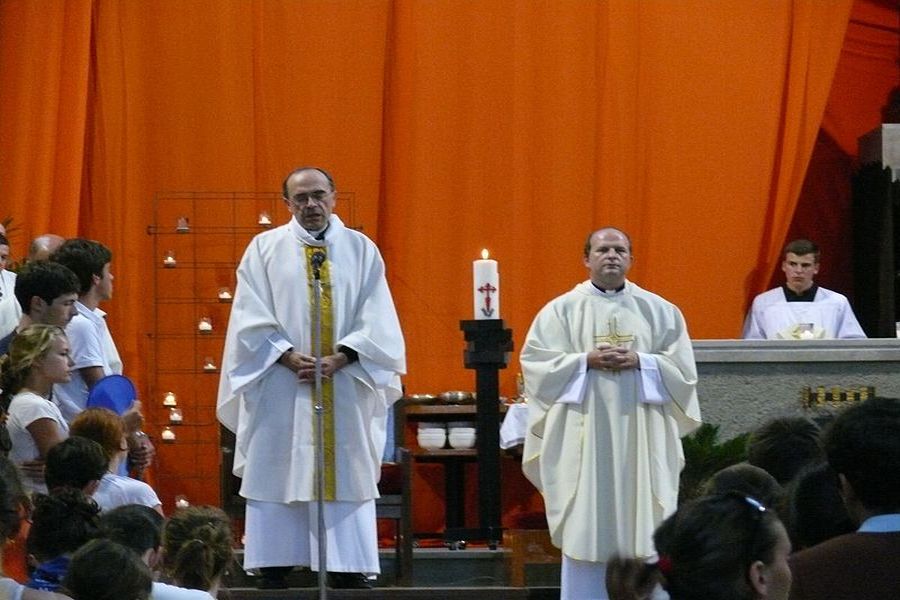 Barbarin, archbishop of Lyon, is charged with failing to inform authorities of allegations of sexual abuse against Rev. Bernard Preynat, who prosecutors suspect abused over 70 boy scouts between 1970 and 1980. The prosecutor’s office in Lyon dismissed an inquiry against Lyon and other Catholic officials of suspected cover-up related to the charges against Preynat in 2016, but 10 of Preynat’s alleged victims used a special provision under French law to summon Barbarin and six other Catholic clerics for private prosecution, forcing them to stand trial, The Wall Street Journal reported.

Barbarin and Cardinal Luis Francisco Ladaria Ferrer, who heads the Vatican office that disciplines predatory clerics, along with five other Catholic clerics have been summoned to stand trial in Lyon from Jan. 7 to 9. The Vatican, however, invoked its immunity from trials as a foreign state to prevent Ladaria from standing trial. Barbarin will face charges of child endangerment, in addition to abuse cover-up, for allowing Preynat access to children despite reportedly knowing about allegations that he previously abused boys. Private prosecution, under French law, allows for the complainants to directly appeal to a criminal court, as opposed to an examining magistrate for investigation, according to La Croix International. The complainant directly names the accused in their appeal and explicitly calls for their legal condemnation, without any investigation by a legal prosecutor or magistrate. The complainant must gather sufficient evidence and write up the summons of the accused.

The process is quicker than an appeal to a magistrate, as it does not involve an investigation, and also gives the complainant a public voice, as they openly name their accused. Complainants risk a call for a direct acquittal from the public prosecutor if they do not gather sufficient evidence. Complainants also open themselves up to prosecution from the accused on charges of defamation. That risk, however, is unlikely in this case.

Barbarin was appointed as archbishop of Lyon in 2002, 12 years after Preynat was first publicly accused of sexual abuse by the parents of a teenage boy who attended a church camp at which Preynat was present. Preynat had admitted wrongdoing in 1990 to the then-archbishop of Lyon, Cardinal Albert Decourtray, when confronted, who subsequently reassigned him to a smaller parish. Barbarin, however, admitted in a 2016 interview with Le Parisien that he had heard rumors in 2007 that Preynat abused children long before 1990.

Barbarin’s lawyers said he never reported the allegations because they were decades old and no alleged victims had come forward to corroborate them, WSJ reported Friday.

Barbarin subsequently questioned Preynat concerning the allegations brought up by the journalist, but Preynat provided no clarification and, with no identified victims, Barbarin allowed Preynat to remain in parish ministry and later promoted him in 2013 to oversee six Lyon parishes. An alleged victim did come forward in 2014, however, and claimed to Barbarin that Preynat abused him. Barbarin then reported the allegation to Vatican officials and removed Preynat from ministry, but did not inform French authorities.

Kurt Martens, Catholic University of America professor of canon law, said that “avoiding a public scandal” typically means “avoiding that people get upset by the events.”

“Some call this keeping it confidential, others would say this is basically covering up,” he added, according to WSJ.

Jean-Félix Luciani, a lawyer for Cardinal Barbarin, contested that definition of the phrase, saying that it meant “not giving the opportunity to a sinner to sin again.”

Regardless, the complainants will focus on the communication between Barbarin and Ladaria as evidence of cover-up during Monday’s hearing.

Pope Mourns Irish Culture of Cover-Up in First Appearance Since Bombshell Letter, Remains Silent About His Own Cover-Up Allegations