Freeze Your Eggs: The Worst Advice Ever 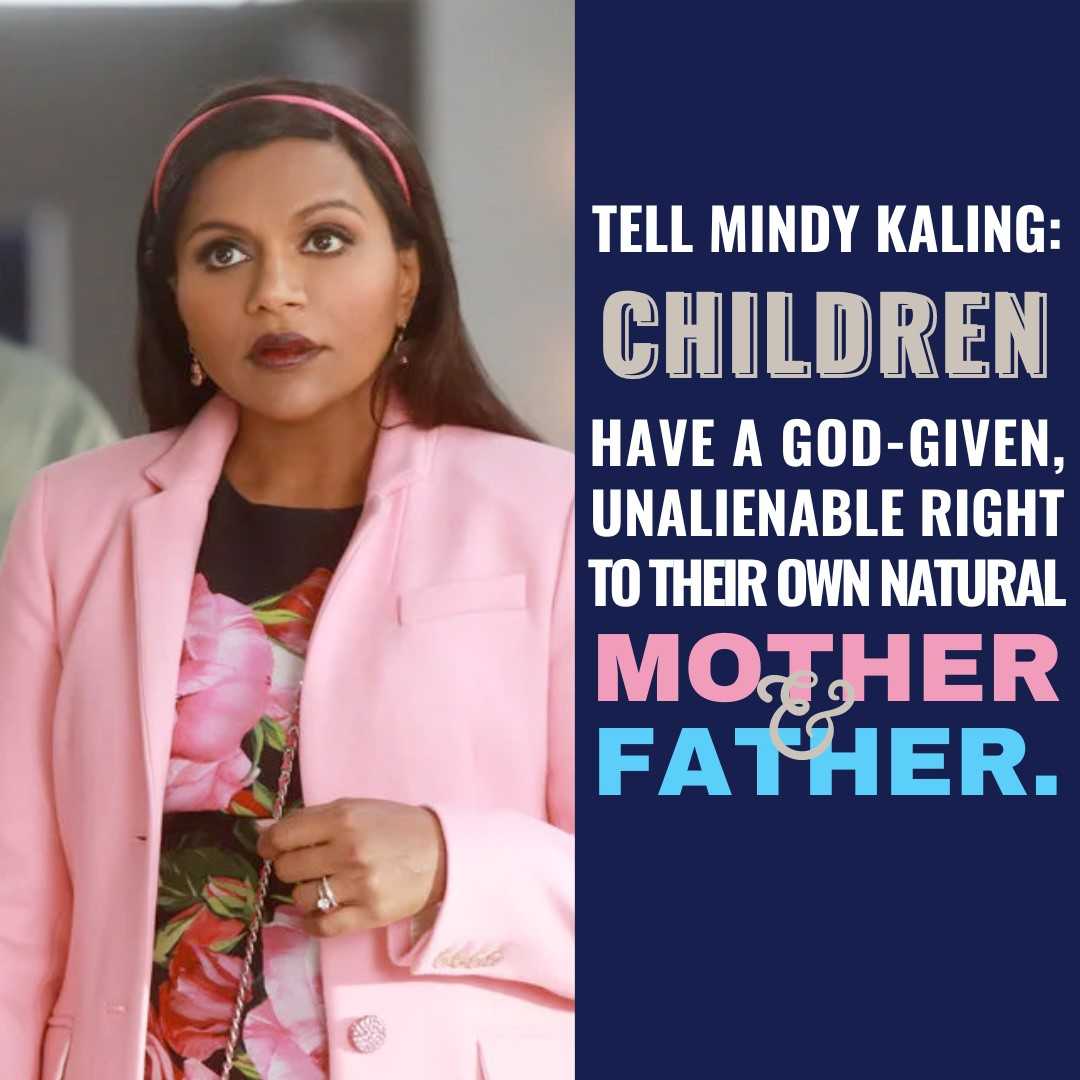 In an interview with the teen fashion magazine Marie Claire, Kaling said paying to have her eggs frozen is the perfect gift for a co-ed home from college.

“I wish every 19-year-old girl would come home from college and that the gift… instead of buying them jewelry or a vacation or whatever — is that their parents would take them to freeze their eggs… They could do this once and have all of these eggs for them, for their futures.”

Kaling had two children this way in her late 30s and rhapsodizes about the process: “It was the best part of my life.”

Morse noted: “As Naomi Schaefer Riley, a senior fellow at the American Enterprise Institute, wrote in the Deseret News, Kaling forgot a few salient details. The procedure is iffy at best. According to the Centers for Disease Control, only about a fifth of these painful and expensive procedures actually result in a live birth. Other sources put the odds at closer to 11%.”

“And that’s not the worst of it,” Morse continued. “It takes the father completely out of the picture. It makes single-parenting the ideal. It overlooks the reality that children raised by single parents are more likely to exhibit any number of social pathologies, from addiction to mental health issues.”

“At best, you have children raised without a father’s love and direction. At worse, you have another human tragedy. Is it fair to the child? Of course not, but in these situations, it’s all about adult desires. Children are a sideline to their story.”

“The best advice you can give a 19-year-old woman is to take her time and make the effort to find the type of man she will want to marry and have children with,” Morse urged.

“But, of course, in a teen fashion magazine, you wouldn’t find such ‘uncool’ advice.”

How this Woman Survived Ritual Abuse by a Pastor

The latest Dr. J Show features Rachel Mastrogiacomo, the victim of rape by a priest during a private Mass. Learn how Rachel was slowly groomed by this highly manipulative man, how she eventually overcame this trauma, and how she now uses her experience to help others who have been in similar situations.

Be warned that this interview is distressing.

Rachel was targeted for a slow, calculated grooming process that took ten months. “I was completely psychologically overpowered by him. There was no way out,” Rachel says. “He convinced me that this was God’s will. That this was my duty, that my eternal salvation and my sanctity depended on it.”

“He weaponized everything. He had figured me out: the deep places in my heart that were wounded,” Rachel says of the process. “He told me I will be a bride of Christ and a spiritual mother to priests. He took everything that I really cared about … and weaponized it.”

Watch to learn more about grooming: what it entails and what to be alert for. Hear also how this now-laicized priest manipulated Rachel’s family and friends as well, normalizing his behavior so that everyone around Rachel believed he was a trustworthy man, even despite what she told them.

When Rachel broke the story years later by writing an article about it, many women reached out to her saying it was like they were reading their own story, that their abuser was following the same playbook. “There’s something systemic going on,” Rachel says.

Watch to the end to hear Dr. J explain something everyone can do to help their friends and loved ones dealing with trauma.

Watch this intense interview on YouTube, BitChute, Odysee, or Rumble.

Dr. Morse was interviewed on Helen Roy’s podcast, Girlboss, Interrupted, about her book, The Sexual State. Morse exposes the Sexual Revolution’s toxic ideologies that are destroying families and society:

The Sexual State answers the questions:

We need to reassert the differences between men and women, Morse says, as well as the need of children to have a relationship with both their biological parents. Marriage is the only thing that protects the rights of children.

Watch the full interview here. Get your copy of The Sexual State here.

In a recent interview with Jordan Peterson on Dave Rubin’s podcast, Peterson applauded Rubin’s decision to manufacture children for himself and his male partner. Dr. Morse and Fr. Rob Jack discuss the inevitably tragic consequences of in vitro fertilization and other forms of third-party reproduction in this podcast.

Listen to learn why efforts to help people “self-actualize” are morally wrong and an attack on the intrinsic rights of children.