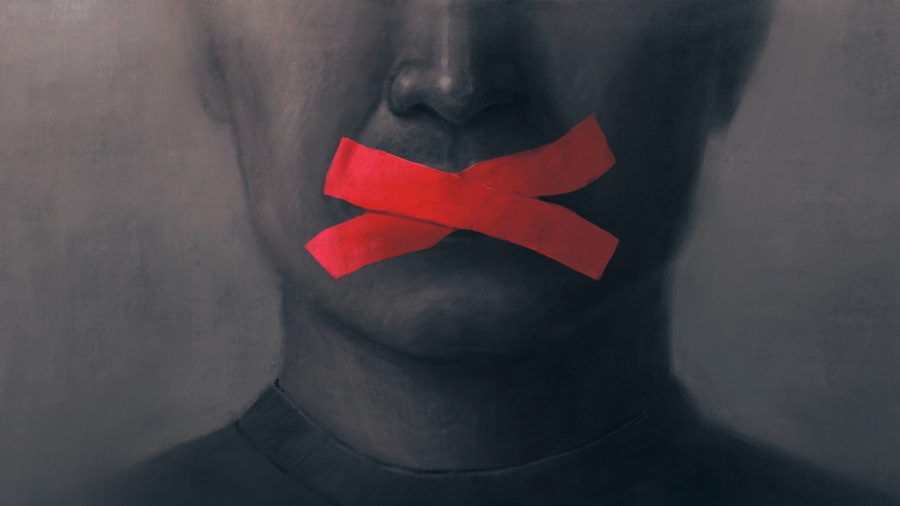 By Betsy McCaughey Published on February 9, 2022 •

When GoFundMe shut down funding Friday for the truckers’ Freedom Convoy, it didn’t just clobber Canadian rig drivers; it dealt a blow to the rights of Americans. Silicon Valley executives are trying to limit the causes Americans support, favoring leftists and canceling conservatives.

We Americans have a constitutionally protected right to donate money to whatever causes we choose, the Supreme Court ruled in Buckley v. Valeo. Money funds political activity, and limiting where we can donate is like gagging our speech.

A Rush of Support for Canadian Truckers

Canadian truckers launched a convoy to Ottawa last month to protest Prime Minister Justin Trudeau’s vaccine mandate on all rig drivers. Never mind the absurdity of requiring a truck driver alone behind the wheel for 18 hours a day to be vaccinated. The convoy set up a fundraising site on GoFundMe to pay for fuel, food, and lodging. Many Americans rushed to support it. It had reached $10 million in donations when GoFundMe pulled the plug.

Nearly one-quarter of Americans donate on crowdfunding sites, according to Pew Research. GoFundMe is the largest. It’s the public square for fundraising, and it should be open to all, regardless of their politics.

The framers of the Constitution banned government from censoring, but they didn’t anticipate Big Tech.

The Freedom Convoy reached Ottawa Jan. 29 and has clogged the city’s streets with 18-wheelers and demonstrators calling for health care freedom and an end to overreaching government COVID mandates.

GoFundMe claims it shut down the truckers because of “reports of violence and other unlawful activity” violating the company’s terms of service. That’s a joke. Even CNN reports “no bloodshed” has occurred. The New York Times concedes the worst is snarled traffic and blaring truck horns.

As of Friday evening, when GoFundMe permanently shut the site down, there had been only three arrests despite thousands protesting. As of Sunday, police reported more arrests and investigations, but the number is still minuscule overall. Ottawa Mayor Jim Watson’s biggest complaint is that the truckers are showing “insensitivity” by creating noise and “turning it into a party.”

Compare that with the mayhem and violence in Portland, Oregon, in 2020. Truth is, GoFundMe had no problem with that disorder. The site raised hundreds of thousands of dollars for the Portland General Defense Committee to defend rioters who set fire to police stations, vandalized city hall, wielded weapons, and injured police officers.

The framers of the Constitution banned government from censoring, but they didn’t anticipate Big Tech. Democrats are happy to deputize Silicon Valley lefties to muzzle the deplorables and prevent an exchange of ideas. And money.

Who decides what’s misinformation? Justice Oliver Wendell Holmes Jr. said the “best test of truth” is whether it survives in “the competition of the market.” Silicon Valley is snuffing out competition.

A Remedy for Big Tech Censorship

There are two remedies. The first is for Congress to regulate Big Tech like public utilities or common carriers, compelling them to serve all customers without viewpoint discrimination. Water companies and railroads can’t deny service to customers with unpopular opinions. Big Tech should operate by the same rules.

Unfortunately, such legislation is unlikely to pass. About half of Democratic members’ stock holdings are in Big Tech, compared with only 14% for Republicans.

The second remedy is the Supreme Court. It’s possible the majority will limit Big Tech censorship when a case arises.

In April 2021, Justice Clarence Thomas warned, in a concurring opinion, that the CEOs of the social media giants — a mere handful of executives — have the power to exclude even a president of the United States from the digital public square. Thomas appears poised to rule that the First Amendment bans censorship not only by government but also by social media.

GoFundMe’s attack on the Freedom Convoy is the latest red flag that Silicon Valley’s power over us has to be stopped.

Forced Vaccinations: The Civil Rights Battle of Our Time?