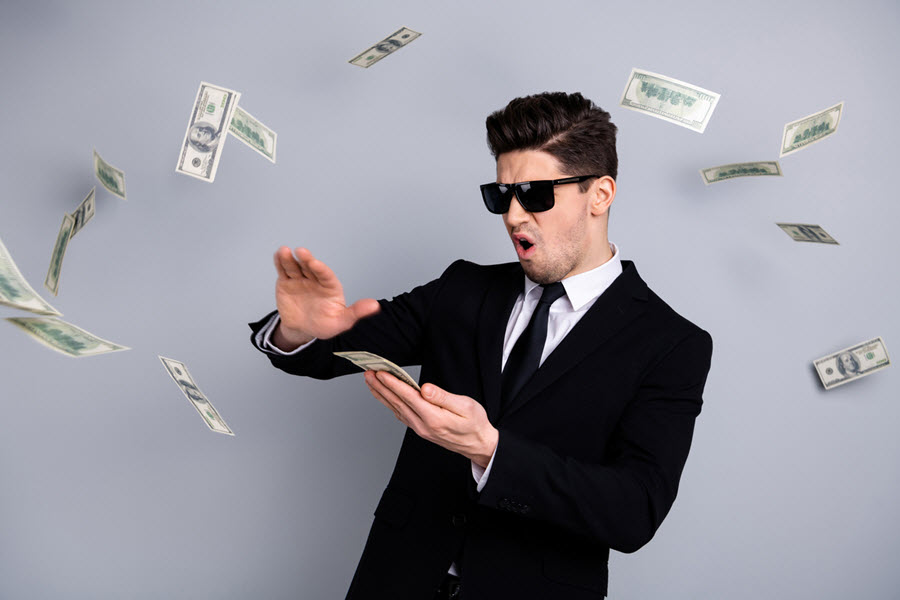 In his book Was Jesus a Socialist? author Lawrence W. Reed writes, “Almost everybody wants to help those in need. The crucial question is how to help. Let’s not make the mistake of arguing that to use force, plunder, and dependency is somehow ‘the Christian thing to do.’” [Emphasis his]

Today we see the party in power in Washington, D.C. spending recklessly, ostensibly to help those in need. But one suspects they’re really just trying to buy votes by giving away “free” money. They are racking up debts so high they threaten our nation’s future. As Senator Rand Paul, Republican from Kentucky, asks, Where is the “money tree” to pay for all these supposedly good programs?

We see this on the state level too. The Associated Press reports (5/14/21) on a new plan by California Governor Gavin Newsom to presumably help those in need.

They write, “Newsom’s budget proposal, announced Friday, includes $35 million over five years to pay for ‘universal basic income pilot programs.’ The idea is to give poor people money each month to help ease the stresses of poverty that can make it harder to find full-time jobs and stay healthy.”

Right now many small businesses are clamoring for more employees… But so many potential workers find it easier to just stay home and receive unemployment payments.

All of this sounds compassionate. But his critics, like the National Review (5/14/21), note that this is just a ploy to try and bribe his way to remain in office and to cover-up his “epic mismanagement.” Newsom, of course, is in the throes of a massive recall effort.

“The Christian Thing to Do”

Whether on the federal or the state level, is this “the Christian thing to do”? To force Citizen A to work harder, so Citizen B can receive “free” money? Government has no money of its own. So someone has to earn it — and often it is those in the middle class.

*Give once and you elicit appreciation;

*Give twice and you create anticipation;

*Give three times and you create expectation;

*Give four times and it becomes entitlement;

*Give five times and you establish dependency.

Presbyterian pastor Dr. D. James Kennedy noted that the New Testament teaching on work may sound harsh in today’s milieu. The Bible says that if a man will not work, then neither shall he eat. (It does not say, if he cannot work).

Kennedy says that this is actually a statement of great compassion. Dependence is crushing to the soul and deleterious to well-being, and Paul’s teaching points us toward fulfilling our God-given destiny through work.

I just read an interesting story about the great American novelist, Sherwood Anderson (1876-1941). At first he earned little money in his writing career. His publisher sought to encourage him by sending him a weekly stipend (even without him writing anything), just to cover expenses, and at first Anderson received it.

But, notes the Boston Globe, “Anderson stood it for three weeks and then brought the newest check, unopened, back to the publisher’s office, ‘It’s no use,’ he said, ‘I find it impossible to write with security staring me in the face.’”

During the pandemic, we have seen massive bailouts to deal with the economic blow the virus has wrought. The problem is when people become repeatedly reliant on these things.

Right now many small businesses are clamoring for more employees. It is a crisis, and businesses like restaurants are closing around the country for lack of enough workers. But so many potential workers find it easier to just stay home and receive unemployment payments.

This is very short-sighted on their parts. I remember seeing a study a few decades ago which compared two men, both around 20 years old. One was on welfare, just eking out an existence. The other had a minimum wage job. They both received about the same amount of money. The one working might well have thought, “Why should I have to work so hard and receive so little — especially when my neighbor doesn’t work and ‘earns’ the same?”

Five years later, the working man had advanced well beyond minimum wage, while the welfare recipient was still eking out an existence. Ten years later, things were even more disparate. And so it goes. Fostering dependence and paying people not to work has consequences.

There is absolutely a place for Christian charity, and it is needed now more than ever. But that’s voluntary — not coercive, which all government redistribution schemes are.

Plus, in the long run, we help people much more by helping them learn personal responsibility. As the Salvation Army puts it, a “hand up” is far better than a “hand out.” Oh, that we could all see through these politicians who are in effect trying to buy votes — with other people’s money.

Jerry Newcombe, D.Min., is the executive director of the Providence Forum, an outreach of D. James Kennedy Ministries, where Jerry also serves as senior producer and an on-air host. He has written or co-written 33 books, including George Washington’s Sacred Fire (with Providence Forum founder Peter Lillback, Ph.D.) and What If Jesus Had Never Been Born? (with D. James Kennedy, Ph.D.) Learn more at www.jerrynewcombe.com and follow him on Twitter @newcombejerry.