Franklin Graham on Trump’s Walk to St. John’s Church and Us All Walking Forward Together 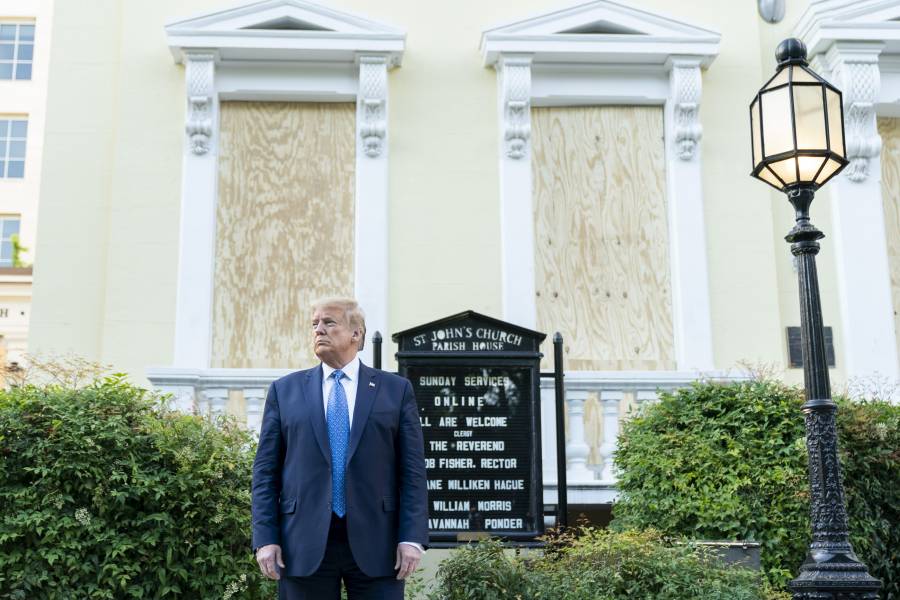 President Donald J. Trump walks from the White House Monday evening, June 1, 2020, to St. John’s Episcopal Church, known as the church of Presidents’s, that was damaged by fire during demonstrations in nearby LaFayette Square Sunday evening.

Our country has erupted in chaos. Everyone agrees that what happened to George Floyd was a terrible tragedy that should not have happened and should never happen again. But what has taken place with these riots is also a heartbreaking disaster for so many and for our nation.

I was asked if I was offended by the President walking out of the White House, which is his back yard, and walking over to St. John’s Church. Offended? Not at all. This made an important statement that what took place the night before in the burning, looting, and vandalism of the nation’s capital — including this historic house of worship — mattered, and that the lawlessness had to end.

And I’m not offended that he held up the Bible — as a matter of fact, I was encouraged! I appreciate it. I believe that God’s Word is the only hope for each individual and for our nation. The problem we are facing in this country is a spiritual and moral problem. New laws and more government give-away programs are not the answer. It’s a heart problem, and only God can change the human heart.

I’m disappointed that some of the President’s harshest critics about going to the church were clergy. They have publicly (to the media) criticized the President for walking to the church and for holding up the Bible. That’s unbelievable. They should be thanking him rather than criticizing him! They are nitpicking his gesture, also saying he should have prayed while he was there. So critical. Well, maybe they should invite him back and pray for him as he leads this country through a very difficult time in our history.

I call on all pastors, regardless of denomination, race, or political persuasion, to join hands and join hearts in praying for our nation, that God would give wisdom to our leaders — our mayors, our governors, our President Donald J. Trump, and also our law enforcement. The God of the Bible is our only hope.

Franklin Graham is president and CEO of the Billy Graham Evangelistic Association and of Samaritan’s Purse.