Why France Will Do Little Domestically About the Paris Massacre 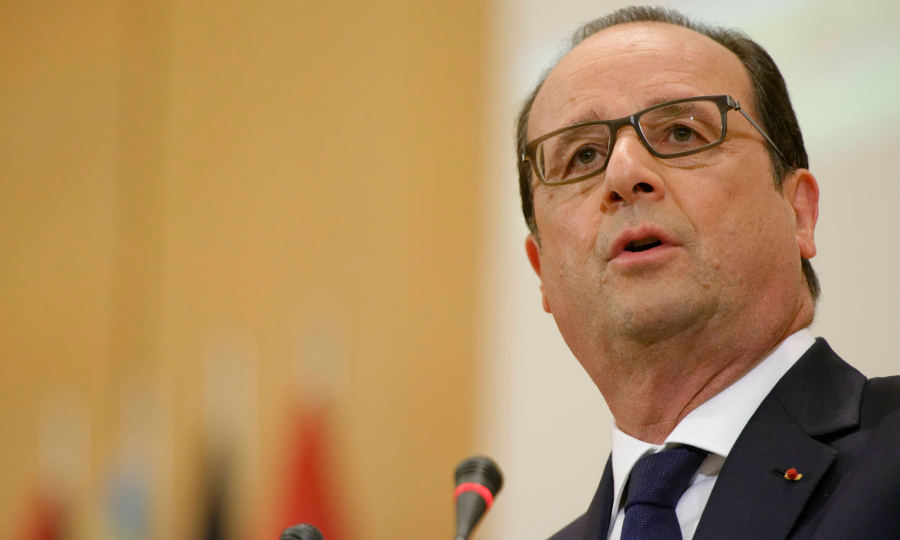 Ignored in news coverage of the Paris massacre is the single most pertinent piece of background:  A 2014 opinion poll found that ISIS had an approval rating in France (at 16%) almost as high as President Francois Holland (at 18%). In the 18-to-24-year-old demographic, ISIS’ support jumped to 27%. Muslims comprise about a tenth of France’s population, so the results imply that ISIS had the support of the overwhelming majority of French Muslims (and especially Muslim youth), as well as the endorsement of a large part of the non-Muslim Left.

Reporting the survey, conducted by the polling organization ICM for a Russian news service, Newsweek’s France correspondent Anne-Elizabeth Moutet wrote, “This is the ideology of young French Muslims from immigrant backgrounds, unemployment to the tune of 40%, who’ve been deluged by satellite TV and internet propaganda.”

After last Friday’s massacres, to be sure, the flip-it-to-them attitude reflected in last year’s poll no doubt has attenuated somewhat. Nonetheless, it is clear that a very large proportion of French Muslims support the most extreme expression of radical Islam, offering the terrorists the opportunity to blend into a friendly milieu. The problem has gotten too big to be cured without a great deal of mess and pain. In the Gallic hedonistic calculus, a massacre or two per year is preferable to a breach of the tenuous social peace. And that is why France will do nothing.

That makes counter-terrorism challenging, but not impossible. There are two successful models for suppressing terrorists who enjoy the passive support of the ambient population: the French in Algeria and the Israelis after the Second Intifada of 2002. The first is infamous for the extensive use of torture and mass reprisals against civilians; the second succeeded on the strength of superb human as well as electronic intelligence and seamless integration of military, police and intelligence organizations. Israel reduced the number of Arab suicide bombings from 47 in 2002 with 238 dead to only 1 in 2007 with 3 dead.

Unlike the French in Algeria, Israel undid the Intifada entirely without the use of physical stress on prisoners. Israeli interrogation techniques do not require physical stress; humiliation is a more effective tool than pain with Arab suspects. Prior to 1999, Israeli security forces employed mild forms of enhanced interrogation (sleep deprivation, hooding, and so forth), but eschewed the practice afterwards. By contrast, the French Army shelled and bombed villages that gave refuge to the rebels of the Algerian Front de Libération Nationale, killing tens of thousands indiscriminately and forcing 2 million Algerians out of their homes. It also used extreme forms of torture to elicit information from captured FLN fighters.  Popular revulsion against the conduct of the war brought down the Fourth Republic and returned Gen. Charles De Gaulle to the presidency. More than 90% of French voters backed Algeria’s independence in a 1962 referendum, and France voluntarily abandoned what it had won by brutal methods on the ground.

An Algerian War against France’s homebred Muslim radicals isn’t an option. France can no longer find monsters like Generals Raoul Salan and Maurice Challe, the commanders in Algeria during the 1950s who earlier had served the puppet regime of Marshall Petain during the Second World War.  There is no-one left to clip on the electrodes. At the same time, France considers Israel’s occupation of Judea and Samaria so abhorrent that it has sponsored a resolution at the UN Security Council to impose a mandatory two-year deadline for the creation of a Palestinian State and Israel’s withdrawal from the West Bank. That leaves France in a pickle. If it can’t use the old French counter-terrorism model and abhors the Israeli counter-terrorism model, what can France do? The answer is: nothing. And that is just what France will do in response to last Friday’s attacks.

Israel’s most comprehensive success in counter-terrorism, the suppression of suicide bombings after 2002, was the cleanest covert war in history. In September I spent a week with a group of Israeli counter-terror specialists who gave private seminars in an Asian country. The off-the-record meetings included a former cabinet member and two retired generals, among others. The lessons of the Second Intifada were straightforward, the Israelis explained to their Asian audience. The first rule is to separate the hard core of active terrorists from their passive supporters in the ambient population. The second is to control the movement of terrorists themselves (the Israelis accomplished this by erecting a security fence separating Palestinian-majority areas of the West Bank from Israeli population centers). The third is to coordinate human, electronic and other intelligence; the fourth is to push information down from central agencies down to the operational level as soon as possible, in order to enable rapid response to time-sensitive information. The fifth is to define and disrupt the whole chain of terrorist activity: the bomb-makers to build the suicide vests, the recruiters who persuade suicide bombers to wear them, the scouts who locate targets, the transporters who bring the bombers to their targets, and so forth.

It sounds simple, but isn’t. According to Palestinian pollsters, almost two-thirds of West Bank Palestinians support suicide bombings against Israeli civilians inside Israel, and four-fifths agreed with the statement that the present territory of the State of Israel “ is Palestinian land and Jews have no rights to it.” Palestinian opinion overwhelmingly favors the destruction of the State of Israel and the use of terrorism against civilians, yet the Israeli security services have virtually eliminated suicide bombings.

Israel has a vast number of Jews who speak Arabic as a first language, and more translators and interpreters than the army requires. It has superb human as well as electronic intelligence, and a military culture of initiative at all ranks. It has a citizen army in which all males remain in reserve until late middle age, and the response rate to mobilization exceeds 100% (many report for duty who are not required to). It also has a geographically-concentrated pool of prospective terrorists. About sources and methods of intelligence, the Israeli group had nothing to say to their Asian counterparts. But it is a reasonable assumption that the location of every cell phone in Judea and Samaria is gridded against every call and every text message, social media post, and Internet search. Excluding military pensions, France spends just 1.4% of GDP on defense. It only adopted legislation permitting large-scale electronic surveillance last May and will probably need years to come up to speed. It has every advantage that France doesn’t have.

Israel also spends nearly 6% of GDP on defense, and a great deal besides on domestic security (every bus station, shopping mall and many smaller public venues employ armed security guards and install metal detectors). Constant security screening is a fact of life to which Israelis have become accustomed.

Finding a needle in a haystack is possible only when the haystack helps you find the needles. The French authorities would have to persuade its own Muslim community to turn informer against its radicalized youth. Muslim community leaders would have to fear the French state more than they fear their own radicals, and this would require a large number of arrests, deportations and other coercive actions. In this case the situation would get worse before it got better. In 2005, Muslim youth rioted in Paris’ suburbs and elsewhere. Then President Jacques Chirac pledged to address the supposed root causes of the violence, saying, “There is a need to respond strongly and rapidly to the undeniable problems faced by many residents of underprivileged neighborhoods around our cities.” The unemployment rate for French Muslim youth remains around 40%, and the likely response to state pressure would be another wave of violence.

France simply doesn’t have the stomach for it.

Originally published in Asia Times on November 15, 2015.  Republished with permission.