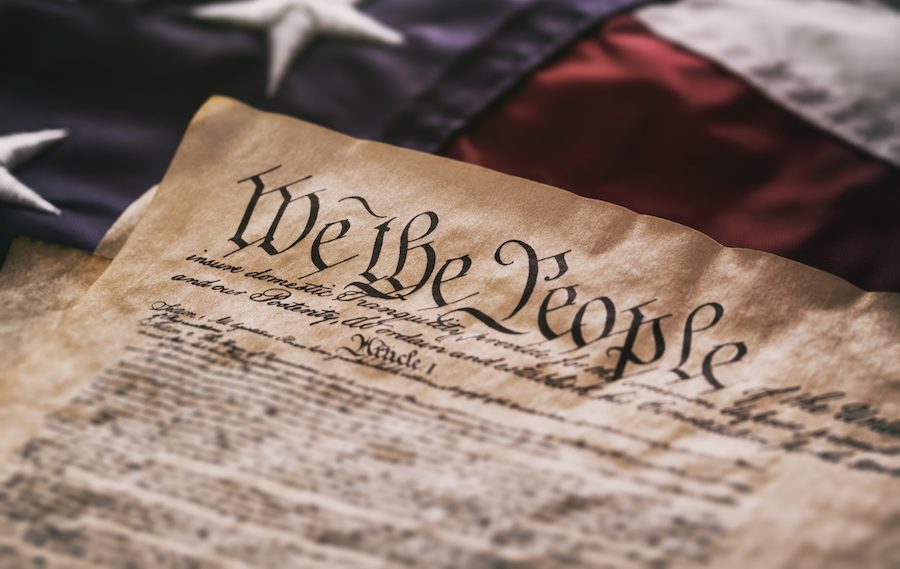 Many students and educators agree that the history of America’s founding is sorely lacking in high school curriculums across the country.

The philosophy behind the founding and the United States Constitution often gets the boot when competing with STEM-focused subjects in today’s classroom.

But one Florida organization is hoping to change that with an after-school program for high school students designed to fill in details absent from typical curriculums.

“Learning specifically about the Constitution and all that it entails and how it was created the way it was, what the Founders were like — it was just fascinating for me,” James Evans, 17, a senior from Callahan, Florida, told The Daily Signal in a phone interview. “You have the ability to show that you’re engaged and you want to be civically literate, and I thought that was amazing.”

The U.S. Constitution Scholarship Foundation does more than just fill in some important blanks of the school curriculums of northeast Florida’s Nassau County. The organization prepares students for success after graduating high school and hosts educational events open to local residents.

Bill Amos and Howard Pines, both former business executives, started the foundation in 2016 with Al Watson after moving to a retirement community on Amelia Island along Florida’s Atlantic coast.

Part of the foundation’s work involves outreach to rural areas of Nassau County, which has a population just under 86,000 and is in the Jacksonville metropolitan area.

“We basically decided that our teenagers needed to know more about the Constitution than what they got in middle school,” Amos said in a joint interview with The Daily Signal. “It would be a nice idea, given the attitude toward conservatism on most college campuses, to have a few students on college campuses who were intellectually equipped to argue back.”

“We still think that you can’t forget about what happened [in the past] or you lose it,” Pines said in the in-person interview. “When we’re talking to the teachers, there’s a lot of reasons to take our program.”

Amos and Pines are both donors to The Heritage Foundation, where America’s founding principles provide a lens for research, analysis, and commentary. The Daily Signal is Heritage’s multimedia news organization.

From scholarships to guest speakers, the U.S. Constitution Scholarship Foundation has programs aimed at making these founding principles a fixture within Nassau County.

The University of US

As the foundation’s core educational program designed specifically for Nassau County high school students, the University of US holds free after-school classes once a month during the semester, covering a broad curriculum of U.S. history.

For the 2019-2020 program, the University of US welcomed its biggest class since its founding in 2016, with 99 students enrolled.

Students from all four county high schools take the same courses together, and students say that learning with classmates who take education seriously fosters an environment of camaraderie.

For each class, a speaker covers topics ranging from The Federalist Papers to important Supreme Court justices. Some perks reward teens for giving up their weekday evenings, such as review games and pizza.

“We have several very prestigious speakers that incentivize kids to come, and they’re fantastic public speakers so they’re constantly keeping the kids engaged, constantly asking questions, having kids read sections of the Constitution out loud,” Evans said. “Everybody is all playing some sort of part in the lecture, and it’s not just the person up there talking and talking.”

Students often have time after class to mingle with speakers as well as with each other. It’s an opportunity to network with leaders in their community and build relationships with classmates.

For faculty members and guest speakers, the University of US is more than just a lecture series. Most classes are based on discussions and activities designed to get students engaged and interested in the material.

Karin Agness Lips, founder and president of the Network of Enlightened Women, teaches a class on the seven articles of the Constitution. After students already have had a long day in the classroom, she works to give them a reason to want to learn more about the Constitution outside high school.

“It was inspiring to see how much these high school students participated and cared,” Lips said in a phone interview with The Daily Signal. “It was an honor to see one generation that’s putting time and resources into making sure that the future leaders of our country understand the Constitution.”

After seven monthly classes throughout the school year, the University of US hosts a graduation ceremony for students who complete the program and pass a final exam. Some students decide to return the following year to network and solidify their understanding of the Constitution.

Juniors and seniors in Nassau County high schools especially have reason to pay attention during each University of US class: money.

Amos and Pines acknowledged that the scholarship amount might be just a drop in the bucket nowadays, and said they’re working to increase it through endowments.

“Giving the kid five grand for one year doesn’t ensure they’re going to finish college,” Amos said. “But as long as they know there’s going to be something coming—so, basically turn it into a merit-based, four-year scholarship. But we need more money.”

To qualify for a scholarship, students must complete the program, pass the final exam, and write an essay on an assigned topic. Past assignments asked students which constitutional amendment they would change and whether the U.S. should do away with the Electoral College.

“I feel like we can learn from the older generation. Learning from them and how they’ve grown and what they’re teaching us—I’m really appreciative,” Emily Joinville, 16, a senior in the program from Fernandina Beach, Florida, said in a phone interview.

“I also really would love to, when I grow up, take on that role because they’ve molded us for it,” Joinville said. “They’ve tried to help us the best they could to prepare us.”

The U.S. Constitution Scholarship Foundation hosted its inaugural Constitution Bowl last April, giving students from all four Nassau County high schools plus a homeschooled team the chance to prove their mettle and earn some money in a trivia competition.

Based on the traditional College Bowl format, the Constitution Bowl tests teams on knowledge of the Constitution, the Bill of Rights, and major Supreme Court decisions. As teams complete rounds, the questions get increasingly difficult.

“We were just glad we weren’t up on that stage answering those questions,” Amos said.

Of course, the award money is an easy sell for students. Each player on the winning team gets a cool $1,000, offering an incentive to participate and excel in studies.

Speakers choose their topic and develop a lecture on the founding American principles that drive the foundation. By bringing educational opportunities to teens and adults alike, the organization’s hope is to revamp the way those principles are taught throughout the broader community.

Amos and Pines say they hope their U.S. Constitution Scholarship Foundation will lead to similar grassroots organizations across the country directed toward cultivating tomorrow’s leaders.

And if the foundation continues to grow at the current rate, their movement to revive appreciation for the principles that gave birth to America will be well on its way.

“We’re developing our own minds and our own understanding of policies and political concepts,” Joinville said.

This article has been modified to note a third founder of the organization and to correct the number of $5,000 scholarships awarded last year.

The Bible: A Must-Read for Educated Citizens