Former Quadriplegic Runs, Walks to Show Others They Can

In a throwaway culture that aborts the handicapped and euthanizes the sick, Aaron Baker offers hope. 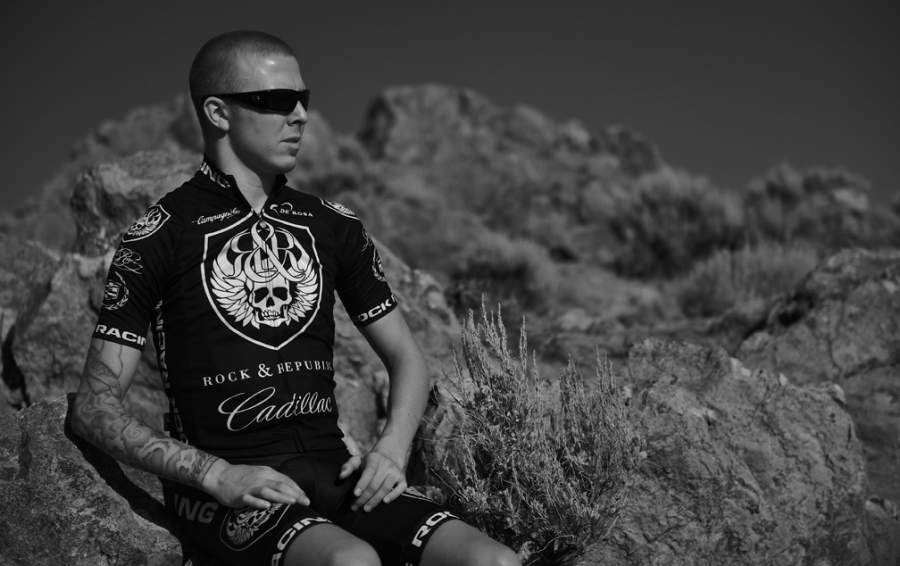 LOS ANGELES (AP) — The worst day of Aaron Baker’s life wasn’t when the then-20-year-old professional motocross racer crashed his bike one spring day in 1999, flew over the handlebars and hit the ground head-first, paralyzing him from the neck down.

No, the worst day came a year later when Baker’s physical therapy ended. That was when his therapists, marveling that he could actually stand on his own again and move his arms some, cautioned him not to expect much more.

The chances of walking again, he was told, were one in a million. He eventually used that as a mantra — when people say odds are a million to one, ignore the million and focus on the one — and has learned to walk again. It began with learning to do just one thing, beginning with getting just a few muscles in an arm to work and then moving on to another task.

“At first it was even one in a million that I would feed myself, so walking seemed out of the question,” said Baker, who recently completed a leg in the international Wings For Life run to raise awareness of spinal-cord research. “So after a time we learned to focus on just the one. Our approach to the whole process became just one breath, then one movement,” until small victories began to add up to the larger one.

Baker, who now gets around with just a cane, emphasizes he didn’t run far during his leg at last month’s event; maybe just a quarter mile. One of the poster children for the event, the 36-year-old was busy welcoming others, signing autographs and posing for photos.

He walked 20 miles across the Mojave Desert last year for a documentary, tentatively titled, “Coming To My Senses,” that a friend is doing on him. In previous years he bicycled across the United States — twice.

When he left the hospital after his injury, he never imagined such accomplishments.

“I was ready to drive my electric wheelchair right into the swimming pool” at the modest motel that he’d first moved to. A year earlier, he thought, he’d been a hotshot racer who had already landed a professional sponsorship.

“I mean I wanted to work hard. I wanted to overcome this thing,” he said. “But there were no other options. Insurance wasn’t going to cover any more at the hospital and local gyms weren’t adapted to help someone like me.”

His mother, having quit her job the year before to care for him, had exhausted her savings and sold her home.

Laquita Conway had her own idea about his future. She took him to the Center of Achievement Through Adapted Physical Activity, an institution at California State University, Northridge, known for its pioneering work in developing rehabilitation therapies.

She’d heard there was a kinesiology professor who had some success in working with people with spinal-cord injuries.

For 15 years, he went to see Taylor-Kevin Isaacs, the former CSUN professor.

“When Aaron told me he thought he had a one in a million chance of walking again, I told him, ‘Let’s think of grabbing onto the one and forgetting about the million,'” Isaacs said, recalling their first meeting when Baker struggled just to shake hands.

He didn’t make too many promises beyond that, but put him on a regimen stressing nutrition, flexibility and repetitive exercise.

“But the key part is human determination,” said Isaacs, adding he’d never seen anyone with more than Baker.

The outgoing but modest athlete, who proudly sports his racing tattoos, credits most of that to his mother, who wouldn’t let him roll into that pool on the first day or let him quit exercising on any day afterward.

For her part, Conway said she never envisioned her son walking 20 miles across the desert. She just wanted him to get better.

“We just knew that if we didn’t pursue aggressive therapy all the prognoses would remain correct and Aaron would remain a quadriplegic,” she said.

There is no magical medical cure for an injury like Baker’s, in which he fractured the fourth, fifth and sixth cervical vertebrae, said Dr. Charles Liu, director of the University of Southern California’s Neurorestoration Center.

“He just kept working at it like crazy,” said Liu. “The message is you should never give up.”

Not that any of it was easy. It took Baker five days to walk those 20 miles across the desert last year. When he bicycled from San Diego to Florida in 2007, he rode a tandem bike with his mother. These days he pedals a home-built three-wheeler.

“I can ride a two-wheeler but it’s not safe for me stopping and starting,” he said. When physicians rebuilt his body, some of the nerve roots on the right side were jettisoned, leaving him with balance issues.

Still, he has an even more ambitious goal in mind for next year. He hopes to climb California’s Mount Whitney, the highest peak in the continental United States.

Until then, he keeps busy at the Center For Restorative Exercise, the small gym designed for people recovering from spinal-cord and other debilitating injuries that he, his mother and Isaacs opened in 2011.

He has the place festooned with motivational messages, including one counting the steps needed to get to a sushi place down the street that’s favored by some of the clientele.

“My whole process has been kind of an exception and we would like to make that the rule,” he said.