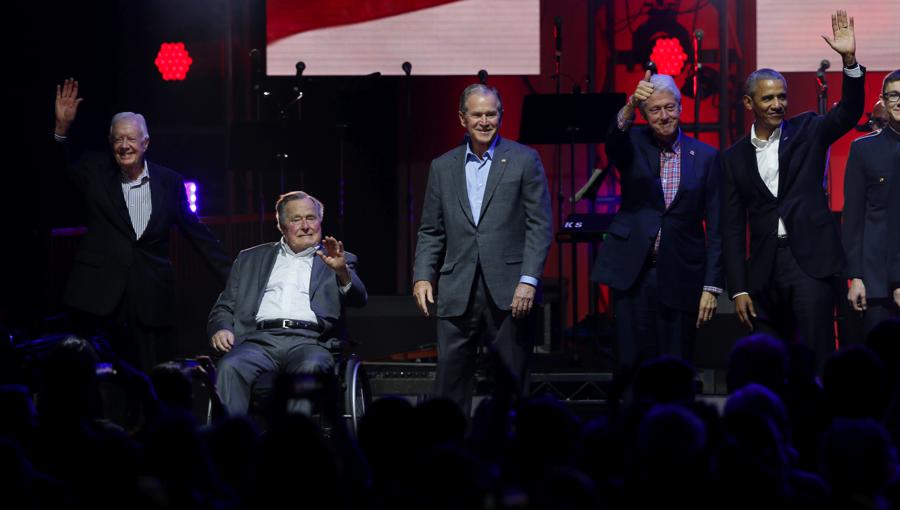 This article is available to read at the Associated Press Archive Link here: https://apnews.com/913c7566b55840128b58d17577abf273/Former-presidents-call-for-unity-at-hurricane-aid-concert