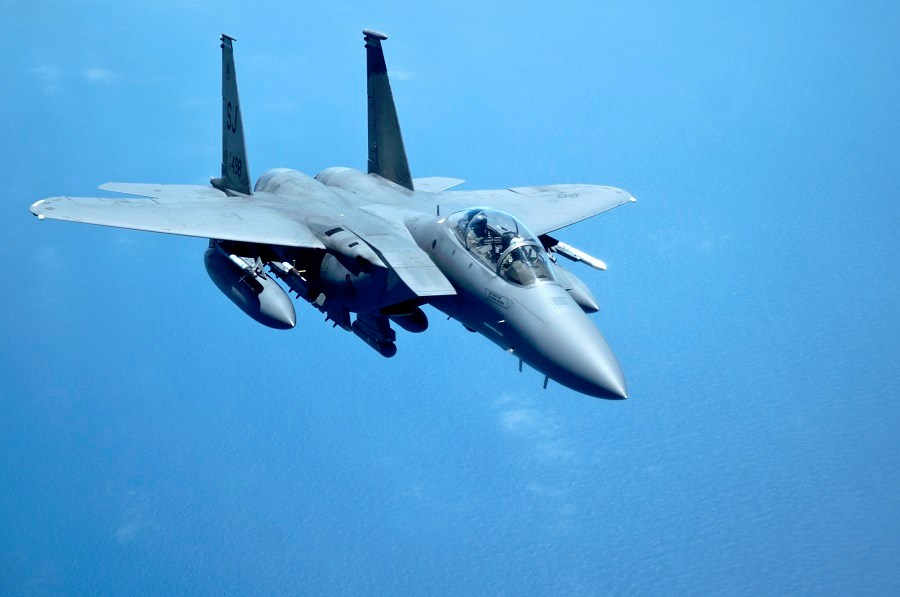 Some of the information captured by TTP had significant military value, including design info on military jet engines, according to the investigation.

Researchers linked to the Chinese government formed a Chinese cell within the Department of Energy, attained access to American genomic data, and recruited other U.S. researchers to join, the bipartisan report stated.

China’s Thousand Talents Plan (TTP) aims to get foreign governments to finance the communist power’s military and economy by buying off researchers who are doing work abroad. The experts apply to the program, and if approved by the Communist Party, they join China’s payroll and sign secret side agreements that the experts will share their research with that country, according to the investigation.

Some of the information captured by TTP had significant military value. For example, in 2016, Dr. Long Yu, a Chinese citizen and U.S. permanent resident working for a U.S. defense contractor, applied for Chinese talent plans and was arrested for attempting to give hundreds of gigabytes to China, including design info on military jet engines, according to the investigation.

Sen. Tom Carper, a Delaware Democrat whose staff co-wrote the report, said “there are serious consequences that come from giving a foreign government so much control over the vital research we rely on to drive our country’s economic competitiveness and bolster our national defense.”

As China announced its plans and reportedly recruited 7,000 researchers in countries other than China, virtually every U.S. government agency made missteps, with some taking almost no actions to prevent the infiltration, the report stated.

At the Department of Energy, which the FBI said is the most frequent target for penetration and which works on nuclear weapons, multiple researchers joined TTP.

While a researcher was working at a National Lab, he allegedly brought over dozens of other Chinese nationals, at least four of whom were TTP members. He “attempted to initiate official sharing agreements between the laboratory and a Chinese organization,” the report stated.

Energy’s Office of Intelligence and Counterintelligence had trouble investigating because of the “language barrier” and “insular nature” of the group of Chinese nationals working on six sensitive projects paid for by the U.S. government.

More than 35,000 foreigners, including 10,000 Chinese, are conducting research at the National Labs, the investigation found.

The counterintelligence office also found a postdoctoral fellow removed 30,000 files and went to China. He applied to TTP while he was working at the Energy Department, and U.S. colleagues wrote him letters of recommendation for the Chinese program, the report stated. He allegedly told China his “research area in the United States would play a critical role in advanced defense applications,” and promised to keep in touch with specific National Labs research teams after returning to China.

An Energy spokesperson told The Wall Street Journal the department had taken steps to address the threat.

Meanwhile, the National Institutes of Health (NIH) permitted access to genomic data to companies linked to the Chinese government, without considering “national security risks, such as weaponizing for biological warfare,” the investigation found. Nor did it consider “whether the [principal investigator] is in a foreign country that is on a United States Government watch list,” it stated.

The NIH, which gives out over $31 billion in research grants a year, does not require potential researchers to be run against any law enforcement database — rather, its vetting consists of “reviewing the first page of results from a Google search,” the report stated.

This was especially ineffective since the Chinese government scrubbed all mention of the TTP program from its websites after it attracted infamy.

NIH could not say how many applications including foreign conflicts of interest (FCOIs), because its software does not even track it. And it conducted only three reviews of foreign conflict of interest cases in 2018, down from 28 in 2013, the report stated.

A spokeswoman told TheWSJ the agency is “addressing the problem through a variety of avenues, including extensive outreach to the institutions that receive NIH awards.”

In September, Zhongshan Liu, the head of the New York office of a Chinese government agency focused on “International Exchange of Personnel,” was criminally charged with conspiracy to commit visa fraud, for allegedly conspiring to “obtain research scholar visas fraudulently for people whose actual purpose was not research but recruitment.”

That kind of action was apparently the exception, not the norm. The department does not systematically track applicants linked to China’s recruitment plans, and stores materials only as scanned images that are impossible for other agencies to search, the report stated.

“State denied less than five percent of the visa applications it determined warranted additional scrutiny due to concerns that the applicant might violate export control laws,” it reads.

The FBI took nearly 10 years to respond after China announced its plan to recruit overseas researchers in 2008, the report stated.

FBI Director Christopher Wray testified in 2018 to the Senate that China had turned to “nontraditional collectors, especially in the academic setting, whether it’s professors, scientists, students” and was exploiting “naiveté on the part of the academic sector.”

Yet one week later, the FBI disbanded its “National Security Higher Education Advisory Board (‘NSHEAB’) designed to facilitate security cooperation with the U.S. higher education community.”

The subcommittee held a hearing Tuesday at which John Brown, the FBI’s assistant director of the Counterintelligence Division, said, “With our present-day knowledge of the threat from Chinese talent plans, we wish we had taken more rapid and comprehensive action in the past, and the time to make up for that is now.”

NSF policy prohibits federal employees from participating in foreign recruitment plans, but does not apply to NSF-funded researchers — the very ones who would be the likely candidates for recruitment, it said.

The NSF relies on universities for vetting — despite a track record of universities showing an unwillingness or inability to do so, according to the investigation.

“NSF has no dedicated staff to ensure compliance with NSF grant terms,” the report stated.

“Openness, transparency and collaboration are essential for basic research,” the NSF said in a statement, TheWSJ reported. “Unfortunately, certain actors are benefiting from the system while not upholding these values.”

The Department of Commerce issues licenses to forms that employ foreign nationals working on controlled technology, but its denial rate was only 1.1% in 2018.

“Commerce officials told the Subcommittee that it has not revoked a deemed export license in the past five years, despite the recent listing of new entities on Commerce’s Entity List that require additional scrutiny,” the report stated.

It issued 65 licenses to Chinese nationals who previously worked for or received support from Huawei, a communications firm tied to Chinese intel agencies.

The Commerce and State Departments did not immediately respond to the DCNF’s requests for comment.