In a capitalist society, exchange is not just mutually beneficial but voluntary. 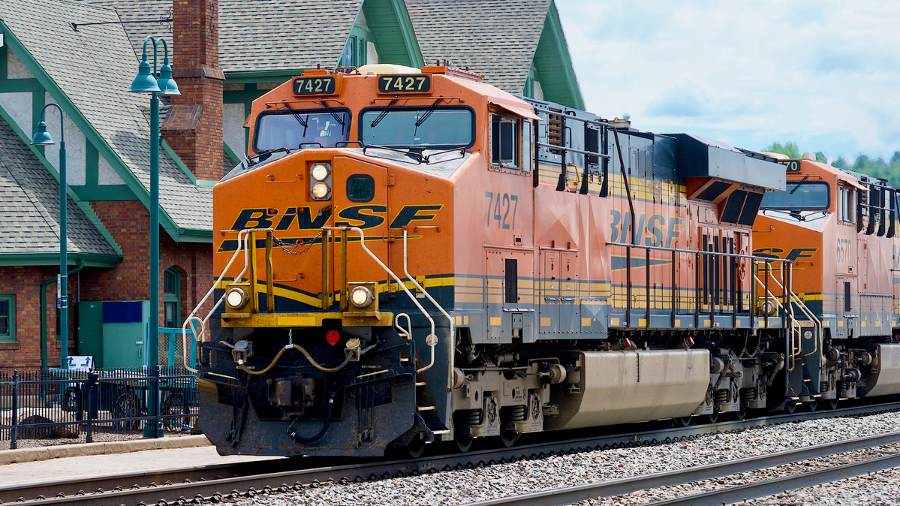 President John F. Kennedy once said it was important to never negotiate out of fear, but added we should never be afraid to negotiate.

The 35th president’s words come to mind as the White House and Congress appear poised to force railroad workers to adopt a contract labor unions rejected to avert a strike.

“As a proud pro-labor President, I am reluctant to override the ratification procedures and the views of those who voted against the agreement,” Biden said in a statement Monday. “But in this case — where the economic impact of a shutdown would hurt millions of other working people and families — I believe Congress must use its powers to adopt this deal.”

“Tomorrow morning, we will have a bill on the floor,” Pelosi said.

“All four of us agreed we’ve got to resolve this rail shutdown as quickly as possible,” added Schumer.

True to Pelosi’s word, the House passed a bill Wednesday. The Senate followed suit on Thursday.

And on Friday afternoon Biden signed legislation prohibiting a rail strike and effectively forcing workers to accept the terms of the initial agreement brokered by the administration.

This is not the first time Congress has rammed a contract down the throats of railroad workers.

In 1992, Congress passed legislation that was signed by President George H.W. Bush that forced a contract on railroad workers, ending a two-day strike that many feared would have had dire economic consequences if allowed to continue.

Though the legislation passed by wide margins with bipartisan support, some lawmakers clearly didn’t like the terms of the deal and saw the legislation as a dangerous precedent.

“This bill is a fundamental mistake that will haunt railroad workers for decades,” said Rep. Pat Williams, a Democrat from Montana.

Few would disagree that a railroad strike would have serious economic consequences. Leaders of the American Petroleum Institute and the National Mining Association have said a strike could have crippling effects on the U.S. energy sector.

“A disruption has the potential to reach every aspect of the U.S. economy and could hamper U.S. gasoline supply, leading to upward pressure on producers for American consumers and businesses,” API President Mike Sommers said in a statement Tuesday.

It’s also clear that no one wants a strike, which is why the Biden administration stepped in earlier this year and attempted to broker a deal with 12 unions representing railroad workers. The deal was accepted by union leaders, but it was rejected by the rank and file members of four unions.

“We don’t want to strike. We want what’s just,” Matt Weaver, the legislative director for Ohio for the Brotherhood of Maintenance of Way Employees, told CNN.

The problem is no one can answer what is just. Basic economics teaches that value is subjective, and while free markets can help us arrive at the price of labor, that market has been distorted by labor unions and politics.

So it’s difficult to say if $93,992 a year — the average wage Union Pacific Railroad pays its employees — and the lack of paid sick time — the current rallying cry of progressives — is “fair and just” compensation. (Though the fact that workers agreed to the contract and continue to show up does speak volumes.)

What’s clear is that union workers are being forced to accept a contact they believe is unfair.

In a free society, the solution to this dilemma would be simple. Workers (or their union) would have the right to negotiate a contract with their employer. If the sides could not reach an agreement, each would go their own way: the workers could find employment elsewhere; and the employer could find different workers.

That’s not how things work in the U.S. today, however.

Because of a myriad of federal laws and regulations — from the Railway Labor Act of 1926 to the National Labor Relations Act of 1935 and beyond — the voluntary nature of contract negotiations has been largely discarded.

If employees reject a contract offer, the employer cannot simply hire other employees. They are compelled to “bargain fairly” with them (whatever that means). This is why negotiations between the railroads and workers have persisted for three years.

It’s not hard to see how crazy this system is, or unjust. As economist Walter Block has argued, forcing employers to negotiate with workers (or vice-versa) is a clear violation of freedom of association. It’s little different than prohibiting a couple who want to get divorced from doing so.

Some may find amusement in the fact that the federal laws labor unions fought for are now being used to force them into a contract they don’t want. But this misses the point.

A free and moral society would not be forcing railroad workers into a contract they don’t wish to accept any more than it would be forcing companies to negotiate with workers.

Biden has legal authority under the 1926 Railway Labor Act to impose his contract on railroad workers. But because the contract is being forced on workers and not voluntarily accepted, it’s an inherently aggressive action — and thus immoral.

In his 1950 essay “Students of Liberty,” Leonard Read discussed what it would take to create a truly free society.

It’s past time we put this ethic back to work. JFK had it right: we should not fear negotiation. Nor should we fear allowing negotiations to fail.