For Middle East Peace: US Must Ally With the Iranian People 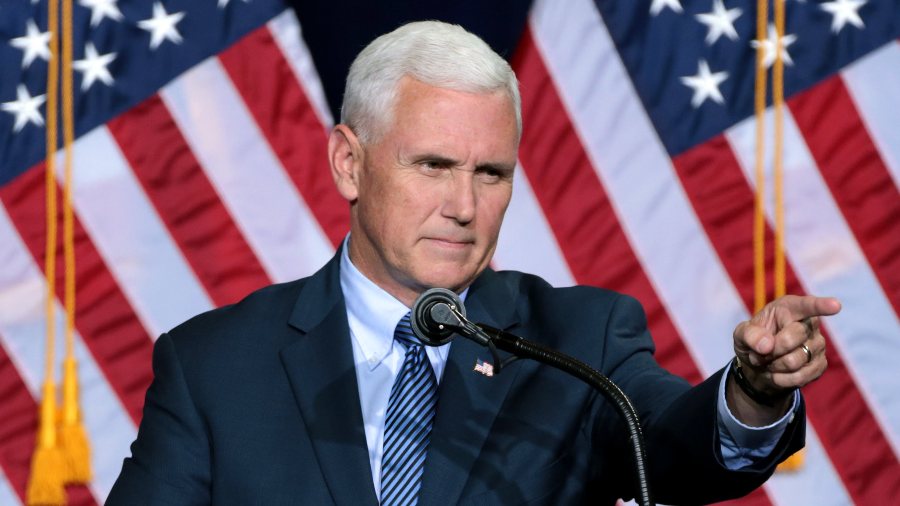 President Biden is planning a trip to the Middle East in July. With hopes for reviving the 2015 nuclear deal fading, one of the main objectives of the trip is to alleviate the growing concerns of the U.S. allies in the region regarding the growing threat posed by Iran’s theocracy. When Joe Biden arrives in the region, he is expected to reassure both Israel and the Gulf Arab states that he is sensitive to their concerns about growing Iranian threats.

Better late than never, one might argue, but it will have short-term remedies. When it comes down to the long-term effect and a strategic solution, there are more questions than answers.

At the end of the day, Iran under the ayatollahs has been the main source of chaos, terror, and mischief in the region since ayatollahs’ reign began in this strategic and impactful country in 1979. And now, the looming prospect of the most active state-sponsor of terror being armed with the nuclear bomb leaves little room for vaccination and procrastination. The time for a strategic approach toward the Iranian regime is before us.

And the solution might be where the West has paid the least attention in the past three decades, i.e. the Iranian people.

Actually, the ayatollahs are having major problems at home. While the repression has not subsided, anti-regime protests, with slogans like “Down with Khamenei (the supreme leader)” and “Down with Raisi (the President)” have become much more frequent and pervasive.

As Iranian people are courageously coming into the streets to determine their fate and wrest their country from the despots ruling there, we have to build a strategic alliance with the Iranian people.

Growing clever-minded politicians are now coming to the conviction that the Iranian people are the best allies of the U.S. in securing a peaceful and tranquil Middle East through a regime change by the Iranians.

He articulated his logic by stressing that:

[T]he resistance movement in Iran has never been stronger. It’s been inspiring for me to learn today even more Resistance Units in Iran are the center of hope for the Iranian people. An engine for change from within during the uprisings and continued protests. And every day it’s clear they’re growing stronger while the regime grows weaker. Today, teachers, workers, retirees are courageously taking to the streets. Protests that used to be isolated and sporadic quickly spread to multiple cities.

The Future of Iran is With the Iranian People

The 48th Vice President of the U.S. debunked the notion that the world has no choice but to either deal with the ayatollahs or resort to a full-fledged war, neither of which are appealing scenarios. Vice President Pence underscored that there has been a viable alternative for the ruling theocracy and due to a misguided policy, it was ignored for too long.

One of the biggest lies the ruling regime has sold the world is that there’s no alternative to the status quo. But there is an alternative. A well organized, fully prepared, perfectly qualified, and popularly supported alternative. … Resistance Units, commitment to democracy, human rights and freedom for every citizen is a vision for a free Iran and an inspiration to the world. Maryam Rajavi’s Ten Point Plan for the future of Iran will ensure the freedom of expression, the freedom of assembly, freedom for every Iranian to choose their elected leaders.

The future of Iran is intertwined with the drive for freedom, democracy and a pluralistic system, a clear distinction from both the dictatorship of the Shah and the tyrannical rule of the ayatollahs. As Vice President Pence pointed out “The regime in Tehran wants to trick the world into believing that the Iranian protesters want to return to the dictatorship of the Shah as well. But I want to assure you, we’re not confused by their lies.”

As the U.S. has grown more divided, Iran policy has actually remained a showcase for broad agreement on core American values. The Biden administration should pay heed to VP Pence’s sound policy suggestion by immediately withdrawing from all nuclear negotiations with Tehran, voicing support for the organized opposition in Iran, and making it clear that America and our allies will never permit the regime in Tehran to obtain a nuclear weapon.

As Iranian people are courageously coming into the streets to determine their fate and wrest their country from the despots ruling there, we have to build a strategic alliance with the Iranian people. It is morally correct and strategically sound. But as the hold of the ayatollahs in the country is showing cracks, the time to act is now.