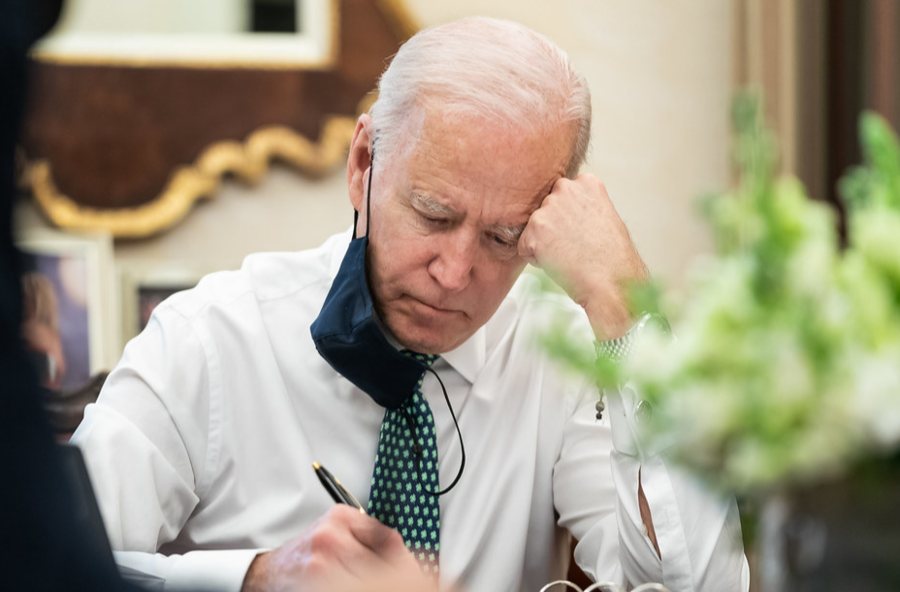 “Those who fail to heed history are doomed to repeat it.” This aphorism has been attributed to Edmund Burke, George Santayana and Winston Churchill. Regardless of who said or wrote it first, President Joe Biden should heed it now, before his poorly planned bug out from Afghanistan and his “phase-out of combat troops” from Iraq become disastrous retreats like the sad finale of the Vietnam War in Saigon on April 30, 1975.

On April 14, Biden foolishly announced all U.S. troops would depart Afghanistan by Sept. 11. His crack national security team subsequently decided a bug out on the 20th anniversary of the deadliest attack on our homeland since Pearl Harbor wouldn’t play well, so they moved the date to Sept. 1. Then, on July 26, “Jumping Joe” decided “all U.S. combat troops will be out of Iraq by the end of the year.”

Nobody wants our military to stay in Afghanistan and Iraq forever, but how we conduct these exits is crucial. Announcing to enemies in advance the timing of any military endeavor has never been a good idea. Successfully executing a “withdrawal” (or “retreat” as Sun Tzu describes the maneuver) requires “most careful preparation … reassuring allies” and “deception to confound enemies.”

Apparently, Biden’s team failed to consider these measures prior to issuing their “Afghanistan withdrawal” order. It was only after we and veterans like Republican Rep. Mike Waltz demanded the rescue of our brave Afghan “Terps” and their families did the White House agree to evacuate them. Now, with the Taliban waging a major countrywide offensive against the Kabul government, the situation looks increasingly like what happened in Saigon in April 1975.

A Repeat of Saigon?

It’s possible the Taliban recall what happened back then better than Biden. In the spring of 1975, the North Vietnamese launched a full-scale assault into South Vietnam. On April 8, President Gerald Ford made a desperate appeal for Congress to approve emergency funding for U.S. efforts to save the Republic of Vietnam. On April 14, freshman U.S. Sen. Biden, along with a majority of his Democrat “colleagues,” said no.

The consequence was inevitable. Tens of thousands of our South Vietnamese allies were subsequently slaughtered or sent to re-education camps where they were brutally indoctrinated in communist ideology. Only those who made it to helicopters at or near our Saigon embassy or those who managed to escape in leaky boats were spared Hanoi’s wrath. What awaits loyal Afghans at the hands of the Taliban will make Hanoi’s re-education camps look like day care centers.

What Biden Must Do Now

Averting an ignominious, Saigon-like disaster in Afghanistan must now be Biden’s top priority. None of what must take place in the days ahead will be easy. At minimum, the Biden administration has to:

No. 1: Recognize the Taliban clearly intend to seize total control over Afghanistan. Therefore, plans must be devised for preventing Islamist terror groups from using Afghanistan or Iraq as safe havens for launching attacks against the U.S.

No. 2: Recognize the Iranian theocracy as America’s number one adversary in the region.

No. 3: Ensure access and connectivity for employing U.S. airpower in the region.

No. 4: Reinforce the Abraham Accords as essential for both Israeli and U.S. national security.

No. 5: Recognize the communist People’s Republic of China will be the ultimate victor if Kabul 2021 becomes another Saigon 1975.

In our new book, We Didn’t Fight for Socialism, more than 500 military veterans made clear not only did they not fight for socialism, they didn’t fight to give up either. Ending America’s longest war is the right thing to do. But doing the right thing the wrong way can result in disaster.

Oliver L. North is a combat-decorated U.S. Marine, No.1 bestselling author, and founder and CEO of Fidelis Publishing LLC and Fidelis Media LLC. Find out more about him at www.olivernorth.com. David Goetsch is a Marine Corps veteran, member of the Florida Veteran’s Hall of Fame, professor of business, Christian counselor, and author of 77 books. Find out more about him at www.david-goetsch.com. Order their new book, We Didn’t Fight for Socialism at Unisonbooks.com or Amazon.com. Copyright 2021 Oliver L. North and David L. Goetsch.