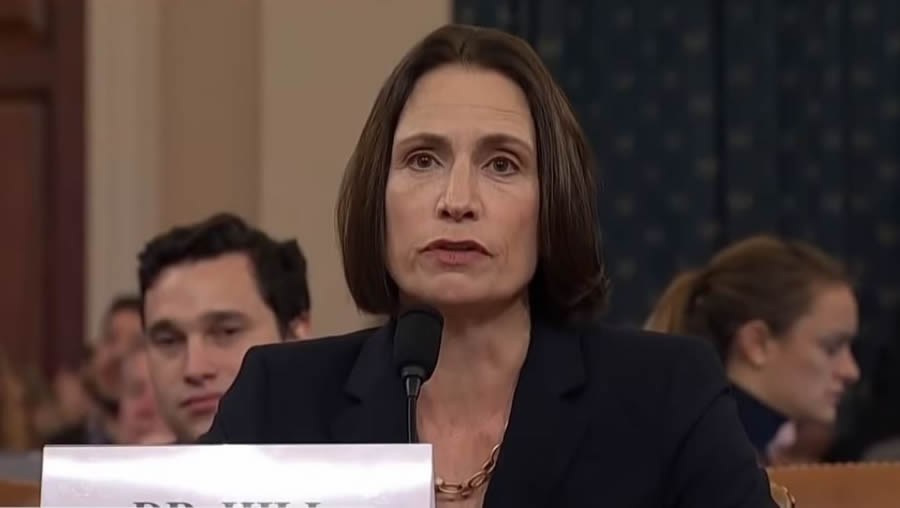 The former senior director for European and Russian affairs for the Trump administration, Fiona Hill, testified last week in the House impeachment hearings.

At one point, Rep. Raja Krishnamoorthi, D-Ill., asked her: “Would you say that these different theories, these conspiracy theories that have been targeting you, spun in part by folks like Mr. Stone as well as fueled by Rudy Giuliani and others, basically have a tinge of anti-Semitism to them at least?”

This was Ms. Hill’s response: “Well, certainly when they involve George Soros, they do. I’d just like to point out that in the early 1900s, the czarist secret police produced something called ‘The Protocols of the Elders of Zion,’ which, actually, you can still obtain on the internet. And you can buy it, actually, sometimes, at bookshops in Russia and elsewhere. This is the longest-running anti-Semitic trope that we have in history. And the trope against Mr. Soros, George Soros, was also created for political purposes, and this is the new ‘Protocols of the Elders of Zion.’ I actually intended to write something about this before I was actually invited to come into the administration. Because it’s an absolute outrage.”

What is really an “absolute outrage” is that anyone — especially someone testifying in Congress before a national audience — would compare criticism of George Soros with “The Protocols of the Elders of Zion.” For those unfamiliar with “The Protocols,” they are the most infamous anti-Semitic forgery in history. Believed to have been written by Russian czarist officials in the 19th century, they purported to be a document written by Jews that outlined a Jewish plot to take over the world.

“The Protocols” are a lie, and their sole intent was to create anti-Semitism.

Criticism of Soros is rarely a lie, and its intent is rarely to create anti-Semitism.

George Soros is a billionaire whose Open Society Foundations, with offices in 70 countries, is the world’s major funder of left-wing causes.

If Soros were to come from a Lutheran or Catholic family, there would be no less criticism of him. While it is always possible that some people attack Soros solely because he was born into a Jewish family (he does not identify as a Jew), there are few such people.

Much of Israel’s Jewish population, for example, loathes Soros. Are they anti-Semites?

Moreover, Soros loathes Israel. As Joshua Muravchik reported in the Wall Street Journal, “(I)n a speech … to the Yivo Institute for Jewish Research, Mr. Soros likened the behavior of Israel to that of the Nazis …”

“George Soros,” the Israeli Ministry of Foreign Affairs said in a statement in July 2017, “continuously undermines Israel’s democratically elected governments by funding organizations that defame the Jewish state and seek to deny it the right to defend itself.”

Martin Peretz, former longtime editor-in-chief of The New Republic, wrote: “Soros is ostentatiously indifferent to his own Jewishness. He is not a believer. He has no Jewish communal ties. He certainly isn’t a Zionist. He told Connie Bruck in The New Yorker — testily, she recounted — that ‘I don’t deny the Jews their right to a national existence — but I don’t want to be part of it.'”

Hill’s charge that criticism of Soros is “the new ‘Protocols of the Elders of Zion'” is vile. It is what leftists like Hill — who was a member of the board of Soros’ Open Society Institute from 2000 to 2006 — always do when a fellow leftist (who is not a Christian white male) is criticized. Leftists constantly labeled criticism of former President Barack Obama “racist” and branded criticism of Hillary Clinton “sexist” and “misogynist.”

Their goal is to inoculate leftists from criticism.

In addition to being an illegitimate tactic to silence critics, what Hill said was immoral because it reduces the evil of real anti-Semitism. The left has already cheapened the terms “Nazi,” “racist” and “white supremacist.” You can now add “Protocols of the Elders of Zion” to the list. If “The Protocols of the Elders of Zion” is the same as attacking George Soros, then “The Protocols” were not all that bad.

Jewish groups like the Anti-Defamation League should have censured Hill. But they won’t because so many Jewish groups — once run by liberals and conservatives who cared deeply about Israel and the Jewish people — are today run by many Soros-admiring leftists, whose primary commitment is to further left-wing causes.

In fact, it is close to certain that the leaders of most American (not Israeli) Jewish organizations agree with Fiona Hill.

I began a 2007 column on George Soros this way: “What do Karl Marx, Leon Trotsky, Noam Chomsky and George Soros have in common? They were/are all radicals, born to Jewish parents, had no Jewish identity and hurt Jews (not to mention non-Jews).”

As the left sees it, isolating Israel for rhetorical attack, even supporting its economic strangulation — e.g., through the boycott, divestment and sanctions movement — is not anti-Semitic. But attacking George Soros is.

Such is the broken state of the moral compass of the left and people like Fiona Hill.