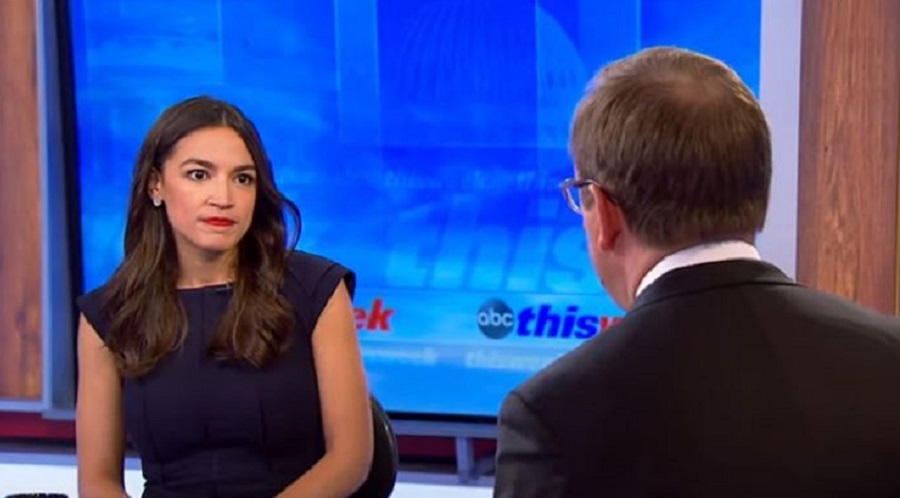 You can debate the merits of the Hyde Amendment — but not the point of it. Unless, of course, you’re Rep. Alexandria Ocasio-Cortez, D-N.Y.

The freshman Democrat has been wrong about plenty of things, but there’s a difference between being wrong and being outright dishonest. On ABC’s This Week with George Stephanopoulos, she managed to be both.

The Democratic Party is so far away from the American people on life they could start their own colony. With just single-digit support for some of their extreme social causes, people like Ocasio-Cortez are trying to make their agenda more palatable.

This past Sunday, she tried to help the Democrats’ cause by arguing that taxpayer-funded abortion doesn’t really have anything to do with … abortion.

“The Hyde Amendment isn’t about abortion, per se,” she insisted. “Hmmm,” ABC’s Jonathan Karl murmurs as Ocasio-Cortez goes on to argue that it’s really about “income inequality.”

“The Hyde Amendment is truly about equality of health care and health care access for low-income women and women of color and women that get caught in our mass incarceration system … So I think that we need to repeal it,” she said, before launching into a pitch for her petition to do exactly that.

Voters, meanwhile, couldn’t be more turned off by the idea of tearing down the only wall between taxpayers and the abortion industry.

“The Democrats need an adult in the room to explain the absolute necessity of the Hyde Amendment,” Greg Gutfeld argued on Fox News’ The Five.

You [can] have your abortion — all the Hyde Amendment is doing is preserving civility between people who think abortion is murder [and] people who don’t ….

He’s right. One of the reasons the Hyde Amendment is so popular is because it’s one of the few remaining social compromises that works.

It also happens to save lives — a lot of them.

In a study just published in BMC Women’s Health, experts calculated that about 29% of Louisiana women who would’ve had an abortion if Medicaid paid for it decided to have their babies instead.

It’s such an astonishing number that even Vox admits, “[T]he new research is a reminder that Hyde’s effects are real and significant.”

That’s certainly true for the 2 million American lives it’s saved since 1976, as our friends at the Charlotte Lozier Institute have pointed out. Its impact is powerful, Vox laments — almost as powerful, Anna North writes, as overturning Roe.

For now, Hill Democrats and the 2020 field are on their own when it comes to erasing Hyde. As Sen. Ted Cruz, R-Texas, argued in a heated exchange with Sen. Mazie Hirono, D-Hawaii, all they’re doing is driving voters away.

[W]hen it comes to abortion, the current position of the modern Democratic Party, which supports unlimited abortion on demand, partial birth abortion up until the moment of birth, with taxpayer funding and no parental notification and consent. Nine percent of Americans agree with the position of today’s Democratic Party. That is an extreme and out of step position.

And a tough one to defend, come election time.