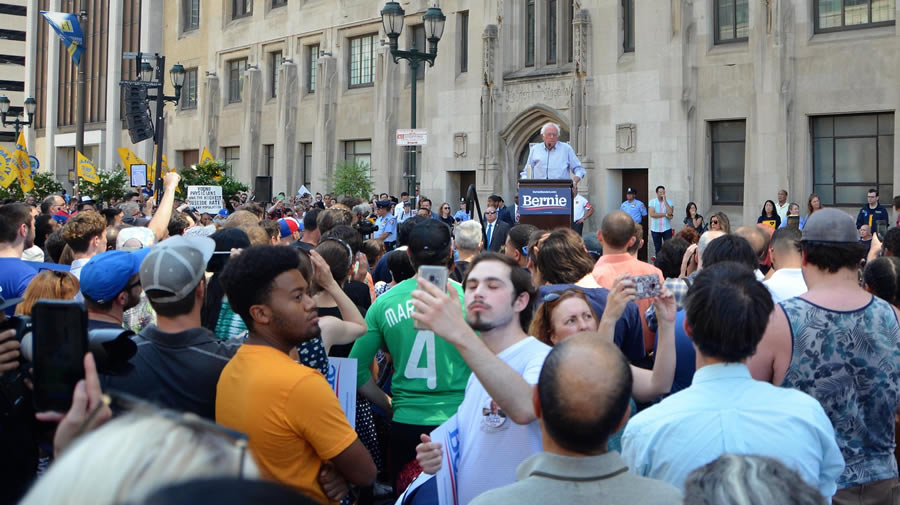 Have you ever looked at your paycheck and thought, “Man, I really wish I earned less money!” I’m going to take a wild guess and say, “Probably not.”

Here’s a similar thought: Do you like big government? It seems like a loaded question, but it really isn’t.

For the vast majority of Americans, a mention of “government” or “politics” doesn’t usually elicit a warm, fuzzy feeling. It’s usually controversial, often divisive. Bring it up at Thanksgiving dinner, and you’ll likely be met with at least one eye-roll.

So, for those of us who don’t want less money and aren’t huge fans of big government, why are so many of us casting ballots for people who want us to have just that?

That’s the stark reality of socialism: less money in our wallets and more lining the pockets of congressmen and senators who complain about income equality, all while earning annual salaries of about $175,000.

You’ve probably heard the criticism before: Capitalism is about greed. Socialism is about charity. But the exact opposite is true. It is socialism that inherently fosters greed.

As noted by Andy Puzder, former CEO of CKE Restaurants Holdings Inc., socialism forces individuals to compete for the limited supply offered by the government. It fosters a scarcity mentality, rather than a healthy community mindset.

Free-market capitalism, on the other hand, is focused on providing for the needs and wants of society, creating a symbiotic relationship between businesses and consumers.

Every credit card swipe is an individual vote determining which businesses succeed and which do not. If a company is not providing value for customers, it will go out of business. That compels entrepreneurs to think of the customer first.

Advocates of socialism deceptively point to nations such as Denmark and Sweden, but those nations are both ranked as free-market friendly as the U.S.

Generally speaking, socialism is a system in which the government owns and controls the means of production. But “free stuff” is now the trendy catchphrase associated with socialism, with the result that it is rising in popularity despite being largely misunderstood.

In fact, a New York Times study found that only 16% of millennials could adequately define the term.

What many erroneously embrace as “socialism” is actually welfare-state capitalism as practiced in Nordic countries.

Advocates of socialism deceptively point to nations such as Denmark and Sweden, but those nations are both ranked as free-market friendly as the U.S.

Then-Danish Prime Minister Lars Lokke Rasmussen in 2015 noted that “some people in the U.S. associate the Nordic model with some sort of socialism,” but he disputed the assertion.

“Denmark is far from a socialist, planned economy,” he said. “Denmark is a market economy.”

Citing Denmark and Sweden as successful examples of “socialism” only blinds us to the horrific effects of actual socialism.

“Health care for all” — the signature promise from socialists — sounds compassionate. Eliminating income inequality has an almost moral vibe to it. However, promises of “free stuff” are at once unrealistic and accompanied by a hefty price tag.

That’s in addition to the $12.4 billion baseline deficit increase projected over the next decade and $22.4 trillion in current national debt.

The hard fact is that nothing is free. What some may perceive as a “win,” such as single-payer health care or “free” college, has to be funded by taxes taken out of our own paychecks.

So, how much more in taxes would we be looking at?

Just ask residents of Europe in general and France in particular about the true cost of a large welfare state. Europeans have to work on average more than two months longer each year than Americans to pay their tax bills. Those in France have to work more than six months of the year for their government — twice as long as Americans labor for Uncle Sam.

Do we have so little confidence in ourselves and our fellow Americans that we think the government can spend our money better than we can ourselves?

That’s where socialism begins — but unfortunately, not where it ends.

Socialism is a failed experiment — it has laid waste to economies around the world. Moreover, it has come hand-in-hand with human rights abuses at the hands of totalitarian governments.

“We lived in a world swarming with invisible eyes and ears,” said a defector from the Soviet Union when asked about the constant state surveillance he lived under there.

The testimonies of the victims of socialism are chilling and provide cautionary tales of the true cost of socialism.

Take Daniel Di Martino. He grew up in socialist Venezuela and penned an opinion piece for USA Today recounting the failure of socialism in his home country.

In response, the government placed rations on food and basic supplies. It was common for Di Martino to have to wait hours in line to buy even staples such as flour and toothpaste.

The Venezuelan government began to print more money in an attempt to compensate for massive spending increases. That added fuel to the inflationary fire, and prices began to double every few weeks.

Failing to learn from Venezuela’s experience (or perhaps being unaware of it), Rep. Alexandria Ocazio-Cortez, D-N.Y., has endorsed requiring the Federal Reserve to print more money for her spending proposals. But according to Di Martino, “this is exactly what produced Venezuela’s nightmare.”

The failure of socialism is widespread, and the stark differences between socialist utopia and socialist reality is the worst-kept secret of its advocates.

A recent example of socialist reality — this one from closer to home — underscores the point: Sanders had to cut the working hours of his own campaign staffers in order to pay them the $15 an hour minimum wage he has advocated other employers should be required to pay.

Therein lies the problem: What sounds good theoretically doesn’t always work in the real world. Let’s not choose that grim reality for America.

Socialism is Theft — Why Are Candidates Espousing It?