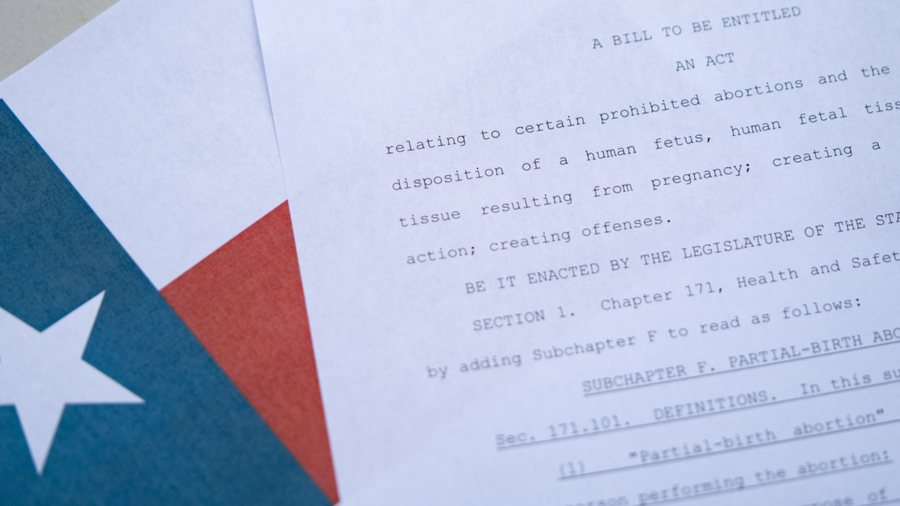 A federal judge has halted the enforcement of Texas’ Heartbeat Act, which banned abortions in the state after a baby’s heartbeat can be detected.

“It is ordered that the State of Texas, including its officers, officials, agents, employees, and any other persons or entities acting on its behalf, are preliminarily enjoined from enforcing Texas Health and Safety Code,” Judge Robert L. Pitman wrote in his 113-page ruling, The New York Times reported.

The ruling stated that Texas’ law should be halted while legal battles over the law go through federal courts, according to the publication. Texas quickly filed a notice of appeal late Wednesday evening to the 5th U.S. Circuit Court of Appeals.

“Tonight’s ruling is an important step forward toward restoring the constitutional rights of women across the state of Texas,” White House press secretary Jen Psaki said in a statement. “S.B. 8 not only blatantly violates the right to safe and legal abortion established under Roe v. Wade, but it creates a scheme to allow private citizens to interfere with that right and to evade judicial review.”

“The fight has only just begun, both in Texas and in many states across this country where women’s rights are currently under attack,” she continued. “That’s why the president supports codifying Roe v. Wade, why he has directed a whole-of-government response to S.B. 8, and why he will continue to stand side-by-side with women across the country to protect their constitutional rights.”

The move could reignite even more outrage and controversy over Texas’ new law, particularly ahead of Dobbs v. Jackson Women’s Health Organization, an abortion case the Supreme Court is scheduled to hear soon.

The case will be one of the first major abortion cases in which all three of former President Donald Trump’s Supreme Court justice appointees participate, including Justice Amy Coney Barrett.

“Judge Pittman’s stonewalling of the Texas Heartbeat Act is a shameless example of unfettered judicial activism at its worst,” Human Coalition Action Texas State Director Chelsey Youman said in a statement. “His historic injunction has no regard for the rule of law, and is more about partisan politics than a fair judgment of the law.”

“As the ruling will be undoubtedly appealed, abortion providers should remain on notice that S.B. 8 specifically allows them to be held liable for every preborn child [whose] heartbeat they end for up to six years,” Youman added. “We remain confident in the appellate process and are hopeful that lives will be saved. The will of the people should not be overruled by an activist judge.”

Attorney General Merrick Garland had announced Sept. 9 that President Joe Biden’s administration was suing over Texas’ law, saying that “the Department of Justice has a duty to defend the Constitution of the United States and to uphold the rule of law.”

In early September, the Supreme Court denied abortion providers’ requests for injunctive relief. Biden weighed in following the ruling, calling it an “unprecedented assault on a woman’s constitutional rights under Roe v. Wade.”

“By allowing a law to go into effect that empowers private citizens in Texas to sue health care providers, family members supporting a woman exercising her right to choose after six weeks, or even a friend who drives her to a hospital or clinic, it unleashes unconstitutional chaos and empowers self-anointed enforcers to have devastating impacts,” Biden said in a statement at the time.

He continued: “Complete strangers will now be empowered to inject themselves in the most private and personal health decisions faced by women. This law is so extreme it does not even allow for exceptions in the case of rape or incest. And it not only empowers complete strangers to inject themselves into the most private of decisions made by a woman — it actually incentivizes them to do so with the prospect of $10,000 if they win their case.”