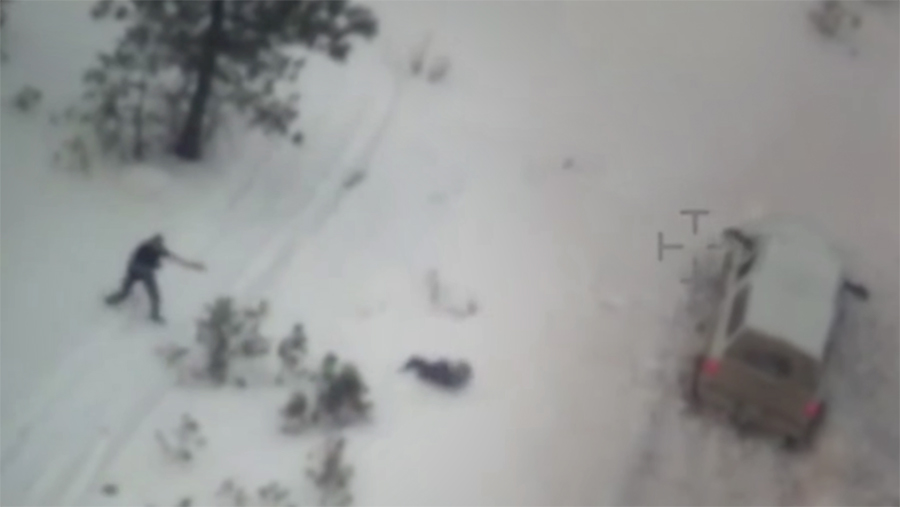 An FBI agent has been indicted for lying to state and federal investigators about firing at Robert “LaVoy” Finicum during a showdown between law enforcement and protesters last year in Oregon.

On June 20, a grand jury in the U.S. District Court of Oregon indicted Joseph Astarita on three counts of making false statements and two counts of obstruction of justice. Astarita is a member of the FBI’s hostage rescue team.

Oregon state police shot and killed Finicum on January 26, 2016. He was fleeing a surprise traffic stop on a rural highway near the Malheur National Wildlife Refuge, where he was holed up with other protesters. He crashed his truck into a snow bank and jumped out.

An autopsy determined that three rounds shot by state police killed him. The U.S. Attorney for Oregon said the shots were “necessary and justified,” since Finicum appeared to be reaching for his gun.

The shooting coverup adds to existing controversy over Finicum’s killing.

Investigators discovered that someone else fired as well before Finicum left his truck. One round went into the roof of the truck. Astarita failed to tell Oregon police officers that he shot two rounds at Finicum. He also failed to tell the FBI’s Shooting Incident Response Team. Suspicions were aroused when two shell casings disappeared from the scene. A state trooper said he saw them.

Detectives who swept the scene later did not find them. An eyewitness told The Oregonian that he saw an FBI agent pick something off the ground. The U.S. Justice Department’s inspector general began a criminal investigation into the agents last year.

Deschutes County Sheriff Shane Nelson blasted the FBI agents. During a press conference last week, he said their actions “damaged the integrity of the entire law enforcement profession, which makes me both disappointed and angry.”

The shooting coverup adds to existing controversy over Finicum’s killing. The FBI released an aerial surveillance video of the shooting last year. It went viral, as supporters of the occupiers asserted it did not show Finicum reaching for his gun. Some believe he reached to put his hand over his wound after being shot. A video (warning: very graphic content) taken by a passenger in the truck shows a bullet hitting the roof before he allegedly reached for his gun. Some accuse law enforcement of shooting him without provocation in the back.

Finicum’s widow, Jeannette Finicum, was glad to hear about the indictment. She added, “I believe there’s more that needs to be done; there were other officers involved in the coverup.” The trial may reveal why Astarita lied. The judge arraigned him last week. Astarita pled not guilty. The judge released him pending future court appearances. The other four FBI team members may still be under investigation for their role in the alleged coverup.

A federal jury acquitted the leaders of the Oregon occupation, Ammon and Ryan Bundy, and five others in October of conspiracy charges. However, a jury convicted four other occupiers in a trial earlier this year on multiple charges including damaging government property and trespassing.

The Bundys are still facing charges from a standoff at Cliven Bundy’s ranch in Nevada. Cliven is the father of Ammon and Ryan Bundy, who led the occupation. The Bundys are embroiled in a long-running legal dispute with the government over their use of federal land for cattle grazing. The federal government owns 84.9 percent of the land in Nevada. After the government seizes privately owned land, it leases it back to ranchers at an escalating price. This angers ranchers like Cliven Bundy.

Federal agents confronted Bundy and his supporters in 2014, resulting in an armed showdown. It deescalated peacefully, but federal authorities pursued criminal charges against the Bundys and others present.