What might prompt Dr. Fauci to change his medical opinion on masks? The answer can be found in basic economics. 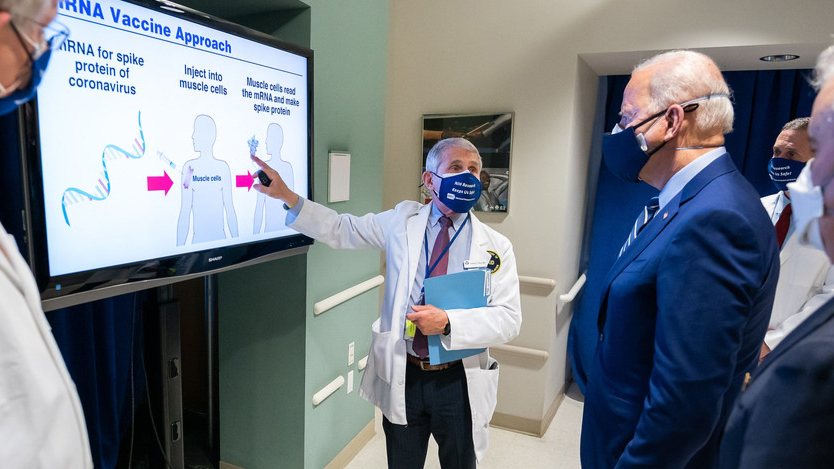 Last summer in an interview with CBS Evening News anchor Norah O’Donnell, Dr. Anthony Fauci said he had no regrets over advising Americans against wearing masks in public spaces early in the pandemic, even though his recommendations changed months later.

“I don’t regret anything I said then because in the context of the time in which I said it, it was correct,” said Fauci, the government’s top infectious disease advisor. “We were told in our task force meetings that we have a serious problem with the lack of PPEs and masks for the health providers who are putting themselves in harm’s way every day to take care of sick people.”

Fauci was referring to comments he made on 60 Minutes in March 2020. During that interview, Fauci said “there’s no reason to be walking around with a mask,” noting they should be used only for sick people as source control.

“When you’re in the middle of an outbreak, wearing a mask might make people feel a little bit better and it might even block a droplet, but it’s not providing the perfect protection that people think that it is,” said Fauci. “And, often, there are unintended consequences — people keep fiddling with the mask and they keep touching their face.”

Fauci’s about-face on masks was not without controversy, but it had some excuse given its context. A public health official lying to the public he is responsible for protecting (for whatever the reason) is no small matter. But one could also see Fauci’s explanation as a “noble lie” designed to make sure the people who needed masks most would get them.

Newly released emails, however, suggest that when Fauci said in March that there was no reason for healthy individuals to wear masks, it wasn’t to prevent a mask shortage — it was because he believed it.

NEW: We obtained nearly 900 pages of Fauci's emails from March and April 2020, opening a window into Fauci's world during the chaotic early days of the crisis. "All is well despite some crazy people in this world," he wrote in one note. w/ @damianpaletta https://t.co/iUKRYZEIaC

Last week The Washington Post and BuzzFeed News released hundreds of pages of Fauci’s emails, which were obtained through the Freedom of Information Act.

The emails contain many revelations. Among them is an email reply Fauci sent to one Sylvia Burwell, presumably the same Sylvia Burwell who served under President Barack Obama as Secretary of Health and Human Services.

Burwell, who was slated to travel, had asked Dr. Fauci for his advice on the use of face masks. Fauci’s reply, dated February 5, 2020, is included in its entirety below.

Masks are really for infected people to prevent them from spreading infection to people who are not infected rather than protecting uninfected people from acquiring infection. The typical mask you buy in the drug store is not really effective in keeping out virus, which is small enough to pass through material. It might, however, provide some slight benefit in keeping out gross droplets if someone coughs or sneezes on you. I do not recommend that you wear a mask, particularly since you are going to a very low risk location.

The email is important because it shows Fauci was saying privately in February 2020 precisely what he was saying publicly in March 2020. The fact that Fauci was sharing this information privately with Burwell undermines his claim that his recommendation to not wear masks was motivated by fear of causing a mask-purchasing stampede.

In other words, there’s every reason to believe that Fauci was simply sharing his genuine medical opinion, which corresponded with the scientific consensus and the World Health Organization at the time, that masks (particularly cloth ones purchased at retail stores) are ineffective at keeping the virus out and may cause riskier behavior by giving wearers a false sense of protection.

A Model of Public Choice Theory

The obvious question, of course, is what would prompt Fauci to change his medical opinion on masks. The answer can perhaps be found in basic economics.

Public Choice Theory, a field pioneered by the Nobel Prize-winning economist James M. Buchanan, applies economic theories and methods to the analysis of political behavior. As Buchanan saw it, public choice is “politics without romance.” It questions the widely-accepted notion that those engaged in public service are motivated primarily by “the common good.” This is not to say Buchanan was suggesting that public officials are uniquely malevolent. On the contrary, Public Choice Theory rests on the assumption political actors are pretty much like everyone else in that their decisions are shaped by self-interest and incentives.

Geoffrey Brennan, a professor of philosophy at the University of North Carolina and a professor of political science at Duke University, notes there’s a misguided tendency to see public agents as “benevolent despots” instead of regular people.

“When you ask what should government do, you also imply that those in government are motivated to try to choose the very best policies for the public good,” said Brennan in a 2020 discussion on Public Choice Theory. “When it comes to political agents it’s surely a mistake simply to assume that what motivates a person exclusively is their desire to do good.”

After all, the winning assumption in economics is that ordinary folk operating in markets are motivated predominately by self-interest. Why should we assume politicians and bureaucrats are motivated any differently than anyone else?

Both publicly and privately, early in 2020 Fauci said masks were an ineffective, unhelpful way for individuals to protect themselves from COVID-19. His public opinion on the matter changed, and it changed at a time when masks became bitterly divisive (as they were a century ago during the Spanish Flu).

Masks became so politically polarizing that even top government officials could be hit with a social media ban for posting that masks were unhelpful. Indeed, this is precisely what happened to Dr. Scott Atlas, who at the time was a top member of the White House coronavirus task force. In that environment, it wouldn’t be a surprise if Fauci flip-flopped to “fall in line” for the sake of his political career.

To be clear, we don’t know for certain what motivated Fauci’s decisions. It’s certainly possible he became convinced (or convinced himself) masks were necessary because asymptomatic spread was a greater risk than he previously believed. (Though research shows asymptomatic spread cases are rare and are unlikely to contribute to the spread of the virus in a meaningful way.)

What we do know is that Public Choice Theory can help us better understand what motives besides public health may have helped Fauci change his mind (consciously or subconsciously).

It shows how political incentives can often be at odds, not only with the public good, but with truth itself.