Anthony Fauci Should Listen to His Earlier Self: Don’t Trust Computer Models 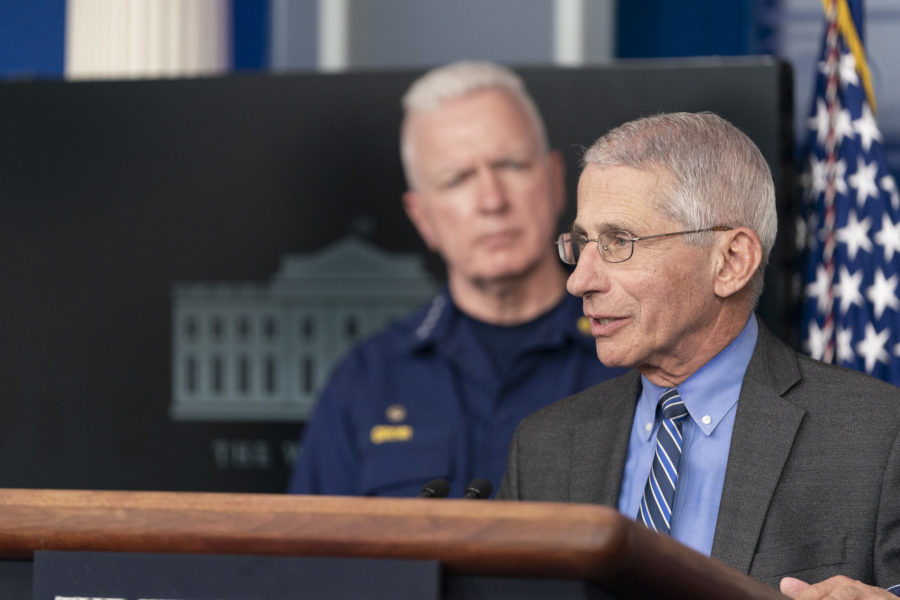 We had hoped Dr. Anthony Fauci, one of President Trump’s top medical advisors, had learned his lesson about trusting computer models. After all, it was just such trust that sparked the pandemic panic in the first place.

Recall that in March, the World Health Organization (WHO) favored an apocalyptic model from Imperial College London. The United States government took its cues from the Institute for Health Metrics & Evaluation (IHME) at the University of Washington. We now know these models were so wrong they were like shots in the dark.

How influential were these blind guides? In describing his choice to wage war on the invisible enemy, President Trump told the press on April 8, “The big projection being that 2.2 million people would die if we did nothing. That was another decision we made, close it up. That was a big decision that we made. Two very smart people walked into my office and said listen these are your alternatives. And that was a projection of 1.5 to 2.2 million people would die if we didn’t close it up.”

By April 10, Anthony Fauci was insisting that he didn’t follow models. Never mind that twelve days earlier, he had brandished models to dissuade the president from easing the lockdowns at Easter.

We know that one of these “very smart people” was Anthony Fauci. And the basis for those numbers? The misleading models.

As we soon learned, the IHME often had to adjust its forecasts to align them with the facts. These weren’t random errors. Their tweaks always went in one direction: fewer deaths, fewer needed hospital beds, and so forth, than they had forecast the day before.

By April 10, Anthony Fauci was insisting that he didn’t follow models. Never mind that twelve days earlier, he had brandished models to dissuade the president from easing the lockdowns at Easter. “We showed him the data,” Fauci explained, “he looked at the data, and he got it right away. It was a pretty clear picture.”

Again With the Models?

Now here we are, almost six months later, and history is repeating itself.

At a recent virtual American University event, Fauci said, “The models tell us that if we do not do the kinds of things that we’re talking about in the cold of the fall and the winter, we could have from 300,000 to 400,000 deaths.”

It’s true that the cold drives people indoors, where they more easily spread viruses. This is why we have a cold and flu season every year. But on the face of it, Fauci’s model-based predictions make no sense.

As of October 7, the official CDC count of deaths associated with the coronavirus was just under 199 thousand. Deaths peaked in mid-April, and as the virus spread to the south, they re-peaked in late July. They have been falling rapidly since, with no hint of any increase. If the current trends hold, by the end of October or November, deaths will have dropped to background level.

That means if we are to get to a doubling of deaths as models predict, the virus is going to have to become just as bad as it was in the spring, or even worse. In essence, these models are saying we’re going to have to go through the whole thing again.

It’s not that viruses which have been at play for nine months can’t re-surge. They can. But secondary surges are rarely as large as the first wave. This is because as the virus spreads in the first wave, herd immunity draws closer. At some point, it arrives and puts a brake on large resurgences.

The CDC data suggests herd immunity is at least approaching. But Dr. Fauci, citing the IHME model, would have us ignore that data.

Fauci Should Take His Own Advice

Dr. Fauci should listen to his earlier, less credulous self. In March, he said, “I know my modeling colleagues aren’t going to be happy with me, but models are as good as the assumptions you put into them.”

In April, the same model he’s now citing was rightly criticized for its wild swings. And we show in our book The Price of Panic that the IHME model predictions came with huge windows of uncertainty, even when the model was trying to divine what would happen the next day.

This does not prove the IHME model is wrong. But based on their 2020 record, we take the same attitude that Dr. Fauci did in April. “I have been,” he said, “still am, and will always be somewhat reserved and skeptical about models.”

Jay W. Richards, Douglas Axe, and William Briggs are the authors of The Price of Panic: How the Tyranny of Experts Turned a Pandemic into a Catastrophe.