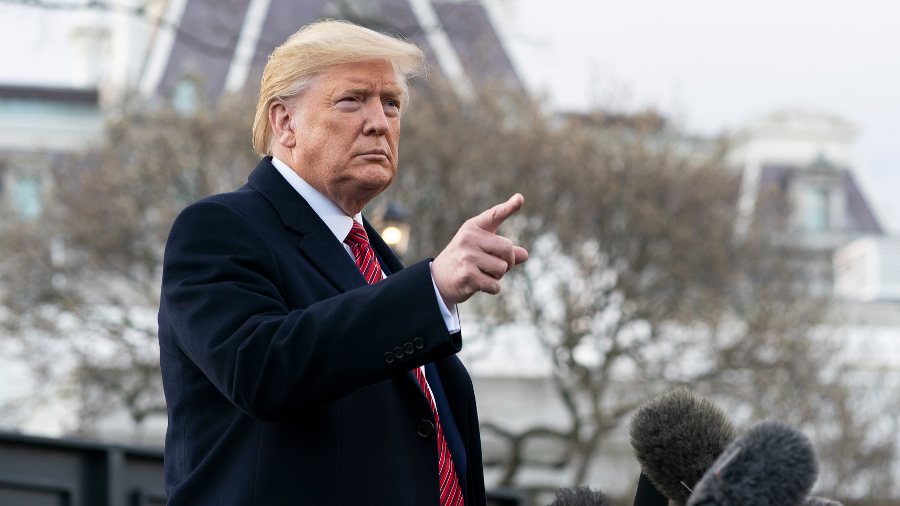 News on Monday featured the story of an attorney and social media legal commentator named Preston Moore who’d been approached through an email by a 501(c)3 organization calling itself (most ironically) the Good Information Foundation about making and posting an anti-Trump video relating to January 6. They would even pay him $400 to do this, he was told by “Jane.” It was described as “a paid collaboration to discuss some topics related to January 6.” Not being a Trump supporter, he thought initially that he might do it, so he asked for more information.

The “Good Information Foundation” picked the wrong person to approach with their little project — someone who actually has some ethics and knows the difference between the truth and a lie. Not only did he choose not to do this, but he made his own video about it. And since our story yesterday, we’ve tracked it down.

What to Include in a ‘Propaganda Piece’

Moore calls what they wanted from him “a propaganda piece,” and he is certainly correct about that. They made it clear that the message they wanted him to put on social media was very, very specific.

To get his $400, he was instructed to word his message in the following ways, as listed under “Important Notes”:

2. Say “Trump Republicans,” NOT “Trump and his allies.”

6. Make clear this is ongoing and unresolved, not past and done.

As he explained #7 — which they told him was the most important one — the goal was to manipulate potential voters into taking action at the polls, to turn the anger his social media followers would have about this event into defiance that would turn them out in November. So much for “non-partisan,” “nonpolitical” behavior from this 501(c)3.

And speaking of non-profit status, here’s a late-breaking update on the so-called Good Information Foundation. Guess who funds this tax-exempt organization? If you said it started with S, ended with S, and had O-R-O in the middle, then ding-ding-ding, you win the prize. George Soros funds it along with other billionaires such as LinkedIn co-founder and partner at Greylock (and huge Democrat donor) Reid Hoffman. This organization, obviously dedicated to spreading partisan propaganda, had no problem getting tax-exempt status in April of this year from our friends at the Internal Revenue Service. BREITBART news, an actual source of good information, has the details.

Moore was also supposed to talk about “aspects of the Trump campaign’s plan.” For example, as we reported yesterday, he was specifically told to say that the Trump campaign had “paid literally millions of dollars to make January 6 happen.” When he asked “Jane” what the basis was for that claim, she avoided answering the question, just saying, “Hey, Preston, if you don’t want to use all the bullet points, that’s fine…” He continued to press her on what evidence they had, and she still dodged.

Cooking the Books at the FBI

As Tucker Carlson reported Monday evening, we now have proof that the foundations of many FBI investigations are fake as well. Ohio Rep. Jim Jordan wrote a letter to the Bureau accusing them of violating their own procedures to create the illusion that new domestic extremism cases are cropping up all over America. Most of these cases deal with January 6, which overall was a nonviolent protest, protected by the U.S. Constitution under the right to peaceably assemble.

The goal at the FBI is to make the threat posed by right-wing — as in, pro-Trump — domestic terrorism seem like a clear and present danger to democracy, when, relatively speaking, the far-right white supremacists in this country, could, as far as I could tell, meet in a phone booth; the last statistic we’ve seen on KKK membership estimated about 1,000 members in a nation of 325 million. Apparently there have now been a number of FBI whistleblowers, but one in particular has come forward to say “the manipulative casefile practice creates false and misleading crime statistics.”

In his letter to Director Wray, Jordan demanded numerous communications and other documents that relate to this whistleblower’s complaints. He’s getting minimal cooperation now, but if (when!) the GOP retakes Congress, he’s expected to chair the House Judiciary Committee and is set on investigating the politicization of the FBI.

Meanwhile, instead of the hundreds of investigations stemming from a single, “black swan” incident at the Capitol, FBI and DOJ officials point to significant increases in domestic violent extremism and terrorism around the United States. (To quote Mark Twain, “There are lies, da** lies, and statistics.”) Our thought is that this is why cases are being farmed out to the field offices to investigate, an endeavor that has been called a waste of time by whistleblowers.

This is happening at the expense of other investigations that normally would take priority. As the whistleblower said, “Child sexual abuse material investigations were no longer an FBI priority and should be referred to local law enforcement agencies.”

Rep. Jordan appeared on the show to say this whistleblower is a straight-up guy and to reiterate that the FBI is “juicing the numbers and cooking the books” to exaggerate the narrative that half the country is extremist. They’re pulling agents off child trafficking cases to work on this project, Jordan said. This whistleblower apparently confirmed what other agents have come forward to say: that they’ve been pressured to label cases as domestic violent extremism, just to make the threat seem worse.

In breaking news Monday night, Jordan said this whistleblower has been suspended from his job at the FBI, so we see there is retaliation going on.

The Worst Dirty Trick of All Time

The New York Post has a good assessment by legal analyst Andrew C. McCarthy of John Durham’s special counsel investigation of “RussiaGate” as it enters its last days, particularly with the trial of Steele “dossier” source Igor Danchenko in late October. Talk about fakery — the hoax sparked by made-up stories told by a guy from the Brookings Institution is described by McCarthy as “one of the great dirty tricks in modern political history.” Not harsh enough: it’s THE WORST. All paid for by Hillary’s campaign, of course.

As the Washington Free Beacon reported last week, the FBI jumped the track when they put Danchenko on their payroll as a “confidential human source” to keep his activities secret after they knew he’d lied to them. This time it was your tax dollars at work.

Because Danchenko’s case will be tried in a DC court, we know the jury will likely acquit him on his five charges of lying, after deliberating for about 30…seconds. But that scenario is much less important than the story Durham will tell.

That said, we appreciate what one person wrote in the comments: “‘His grand jury wrapped up work last week, apparently with no new indictments on the horizon.’ So more people were prosecuted and sent to jail who were essentially victims of a hoax than will be those who perpetrated the hoax. This is why there is so much anger and cynicism about our country.”

Finally, Jack Cashill at The American Spectator laments the lack of media interest in the bombshell, first reported a week ago today, about liar Danchenko being a paid CHS. Sadly, most news outlets prefer to tell fake stories that fit their chosen narrative instead of real stories that don’t. For when you have time, Cashill shows how they got “RussiaGate” wrong over and over. And won Pulitzers.

Read This and Know Why They Targeted Trump