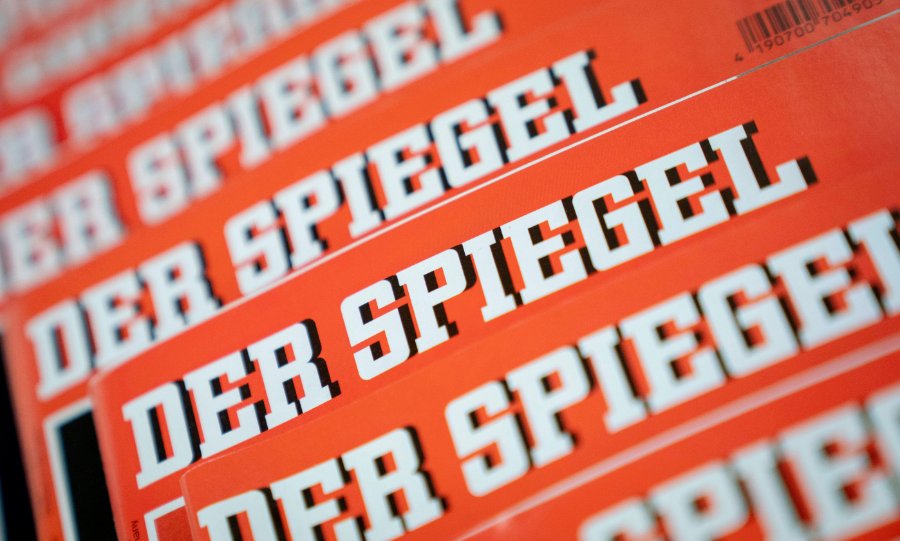 The Dec. 19, 2018, photo shows issues of German news magazine Der Spiegel arranged on a table in Berlin. An award-winning journalist who worked for Der Spiegel, one of Germany’s leading news outlets, has left the publication after the weekly described him Wednesday as having committed journalistic fraud “on a grand scale” over a number of years.

The major German newspaper Der Spiegel revealed that one of its most renowned reporters, Claas Relotius, has been making up news for years. In a case of journalistic fraud “on a grand scale,” Relotius has reportedly confessed to fabricating parts of at least 14 stories over the years, including an interview with Colin Kaepernick’s parents and a story about a sign on the outskirts of a Minnesota town reading “Keep Mexicans out.”

German media is calling this the biggest media fraud scandal since the Hitler diaries hoax. Ironically, Relotius won awards for his investigative exposes, including CNN Journalist of the Year in 2014.

Wait, I’m confused: did CNN not know he was making up fake news, or is that what he won the award for?

I try not to take pleasure in the misfortunes of others, but in the case of the German magazine Der Spiegel’s CNN-award-winning investigative reporter-exposed-as-lying hoax-spinner Claas Rolotius, I’ll make an exception. Not just because his firing after it was discovered that he’d fabricated so many stories over the years was so well-deserved, but because of the way his dishonesty was revealed.

After many years of making up “facts” to fit his preconceived narratives, Rolotius finally tripped up when he — like so many arrogant liberal reporters — slandered and underestimated the intelligence of rural American Trump voters whom he had never really talked to (yes: I did write a book about that very same media failing a year before Trump even announced he was running. Thanks for remembering).

In trying to “explain” to European readers how those backward, knuckle-dragging, gun-toting, racist small town yahoos (a stereotype he could have lifted straight out of a 1960s drive-in movie) could have chosen the odious Trump over the resplendent Hillary, Rolotius wrote a profile of Fergus Falls, Minnesota, which voted for Trump by 62.6% (his claim that it was 70% was one of the least glaring of his many falsehoods).

The intent was obviously to confirm the negative biases held by urban liberal bubble dwellers. Rolotius put damning quotes into the mouths of people he’d never talked to; invented demeaning descriptions of locals that were wildly inaccurate; created residents who didn’t really exist; made up “facts” out of thin air that a Google search could have debunked (like claiming that American Sniper played at the local two-screen theater for two years, when it actually played for one month, and the theater has five screens); and couldn’t even be bothered to get the local topography correct.

Rolotius must have figured nobody in Fergus Falls would ever see a European magazine, but he forgot that his low estimation of Trump voters’ intelligence was also just part of his vivid imagination. The town not only has artists and books and intelligent people, it also has the Internet. When residents saw to their shock what he had written about them, local blogger Michele Anderson posted a list of just his top 11 lies about Fergus Falls. So I’m happy to note that those maligned small town Americans started the investigations rolling. Rolotius is now gone from Der Spiegel, his name forever associated with journalistic fraud.

Adding more layers to the irony, Anderson is actually a Hillary-voting liberal who works for a local arts group and moved there from Portland, Oregon — but she loves her small town and gets along fine with her neighbors, liberals and conservatives alike. And Rolotius actually did spend three weeks in Fergus Falls, but either failed (or refused) to learn anything about the town or, more likely, found it didn’t fit his elitist stereotypes so he just made up something that did.

At the link is Anderson’s very entertaining article that blew down Rolotius’ house of cards. I strongly recommend that it be read by all liberal journalists and politicians who try to avoid thinking too deeply by simply assuming everyone who disagrees with them is a lower species of human. I also recommend that they read my book, God, Guns, Grits and Gravy. If they’d done that before the 2016 election, they wouldn’t have been so shocked when Trump won and they wouldn’t have had to tell lies about rural Americans — and Russian collusion — to try to explain it.

Trump Was Falsely Accused, So Where Are the Apologies?