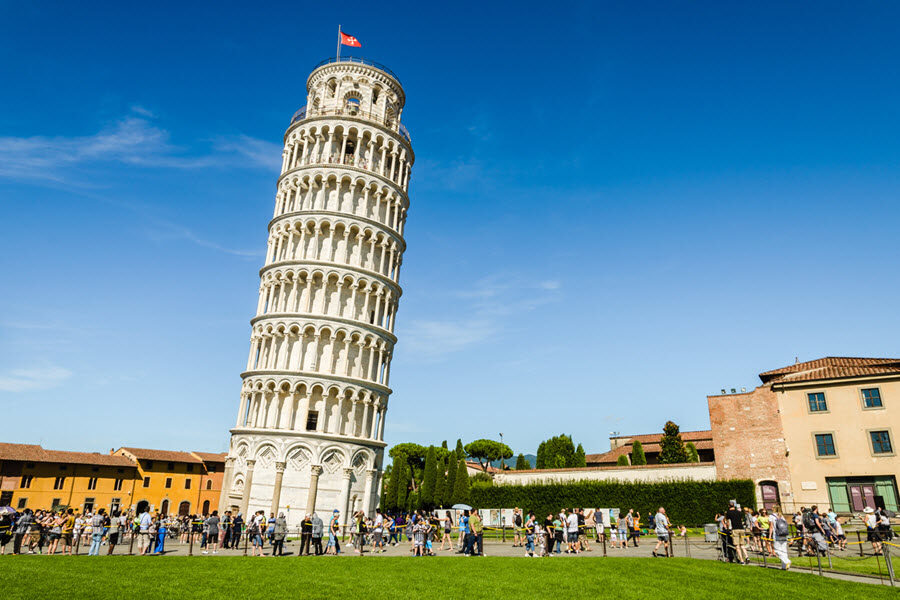 Early on in our marriage, Lois and I took a trip to Italy and stopped at the Tower of Pisa. It wasn’t much to look at, to be honest. Just a short tower leaning, and a lot of people leaning as well as they gazed or took some touristy photos. That’s it. I wasn’t impressed. We did learn, though, that it is predicted this tower will eventually collapse unless a way is found to correct the continual progression of the lean.

We also discovered why the tower leans. The reason is found in the meaning of the name of the town itself. Pisa means “marshy.” This tower was built on a shallow foundation of sand, clay, and marshy dirt. Due to wars and military conﬂicts, this tower took over two hundred years to build, and it’s been leaning ever since. The city is home to many towers, not quite as tall or as famous, that also suffer from foundational instabilities. Sandy soil will do that. It will leave you with uninhabitable buildings only ﬁt for a photo.

God created you for more than to just be a photo on a social media site. He has a purpose for you. He has a dream for you to live out. But in order to awaken to your full potential, you have to start on a solid foundation. That means more than just knowing, studying, or memorizing His Word. You have to act on it. The power of His promises remains dormant unless activated by your faith through what you do. Your foundation determines your future.

Your foundation is the Word of God applied. It’s not just the Word of God known. You will not see the intervention of God until He sees your obedience to His truth. God is waiting on you to take your rightful place in this world. He is waiting for you to rise to the occasion and secure your spot of signiﬁcance in His kingdom made manifest on earth. But that only happens when you step out — fully, faithfully, and single-mindedly — according to the direction of His will.

Now, I’m not suggesting following God will keep you from the storm. Sometimes if you follow Him, like the disciples who sailed straight into the monstrous storm on the Sea of Galilee, He will direct you into the eye of the storm. But what I am saying is that when you choose to live by His truth, you will engage the programming of His Word and witness His work in the midst of the storm.

Tony Evans  joined James and Betty Robison on LIFE Today and opened up about losing his wife this past year to cancer.

This is an excerpt from Kingdom Men Rising by Tony Evans. Copyright ©2021 by Dr. Tony Evans. Published by Bethany House, a division of Baker Publishing Group. Used by permission.