How Faith-Based Organizations Are Helping Communities Recover After Hurricane Florence 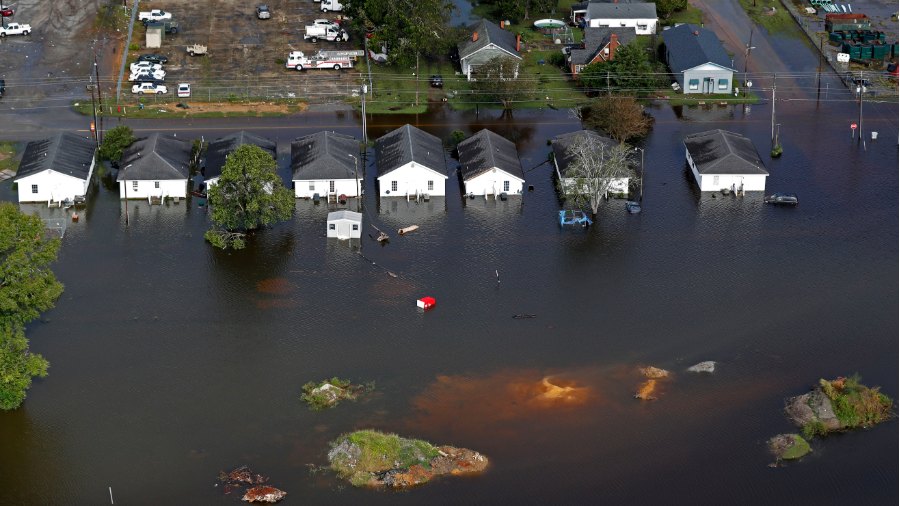 Lorraine Jenkins returned to her home of 34 years to find it flooded with 18 inches of water.

Thankfully, volunteers from Samaritan’s Purse were nearby and ready to help. While speaking with the president of the organization, Franklin Graham, Jenkins shared her story and mentioned that she “had faith but needed a little more strength.”

In response, Graham and several volunteers gathered around her to pray for her to be blessed with more strength. With tears coming to her eyes, Jenkins thanked them.

Stories like Jenkins’ demonstrate the special and indispensable role that faith-based groups play in disaster relief. In the aftermath of Hurricane Florence, faith-based organizations like Samaritan’s Purse are already making a difference in affected areas.

Faith-based groups don’t just deliver material support. They are in a unique position to address the full range of human needs — physical, emotional, and spiritual — in times of crisis. This can make all the difference for people like Lorraine.

As of Sept. 26, Salvation Army was operating out of more than 50 mobile and stationary service locations between South Carolina and North Carolina. It is serving people in the hundreds of thousands — as of Sept, 26, it had provided over 240,000 meals, 188,000 drinks, 128,000 snacks, and 290 cleanup kits.

But it didn’t stop there. Volunteers provided emotional and spiritual care to over 15,000 victims. Salvation Army also keeps chaplains on hand so that victims can talk to someone about their recent loss.

Faith-based groups can tend to all of the needs of victims — including the emotional and spiritual dimensions of their suffering.

Faith-based groups also partner with local, state, and federal government actors to maximize relief efforts. For example, Convoy of Hope positioned truckloads of supplies on the North Carolina border days before Florence made landfall. Its forward-thinking enabled it to enter Wilmington, North Carolina, one of the areas hit hardest by Florence, before roads shut down. There Convoy of Hope delivered supplies to the North Carolina National Guard and Emergency Management officials while assisting locals.

Convoy of Hope also mobilized teams in Raleigh and Raeford, North Carolina, and the impact was remarkable. As of Sept. 25, over 1,600 volunteers had served over 40,000 people.

Similarly, when roadways in North Carolina were flooded, Southern Baptist Disaster Relief stepped in to serve meals to those who could navigate the roads and helped the American Red Cross to pack vehicles of supplies for local shelters.

When faith-based groups are part of the response plan, the government is better equipped to meet the needs of victims.

Oftentimes, faith-based networks utilize the proximity of local houses of worship and other religious groups to the local community in order to reach those in need.

The United Methodist Committee on Relief, for example, invests in training people to know what to do when disaster strikes. The Methodist North Carolina Conference was prepared for Florence with over 770 people in local churches trained in emergency response. In addition, it sent over 1,000 health kits to local shelters and 1,000 cleaning kits to North Carolina so residents could begin to rebuild immediately.

Samaritan’s Purse’s 1,500 volunteers assisted 130 families through three hurricane relief bases — and their work has only just begun. Teams are now “assisting homeowners with cleanup in a variety of ways — tarping roofs, clearing debris, chainsawing downed trees, and doing mud-outs,” all out of a commitment to the organization’s religious mission. Their Hurricane Florence homepage states: “Our task is to serve as the hands and feet of Jesus to those in need in the hardest hit areas.”

We can anticipate that faith-based organizations will stay in affected areas as long as it takes to get them back on their feet. In fact, faith-based groups are still providing support in areas affected by last year’s hurricane season.

The work of these faith-based groups in times of crisis is an important reminder that the freedom of religion extends to the public square. In fact, religion contributes an estimated $44 billion in charity to our country.

When Americans are free to act on their faith, the whole nation benefits. That’s why Congress took action last year to ensure that houses of worship ravaged by disasters can receive disaster relief and get back to serving their local communities.

Faith-based groups have an indispensable role to play in disaster response and recovery. The aftermath of Hurricane Florence is bleak, but these organizations are a ray of hope and deserve our support.