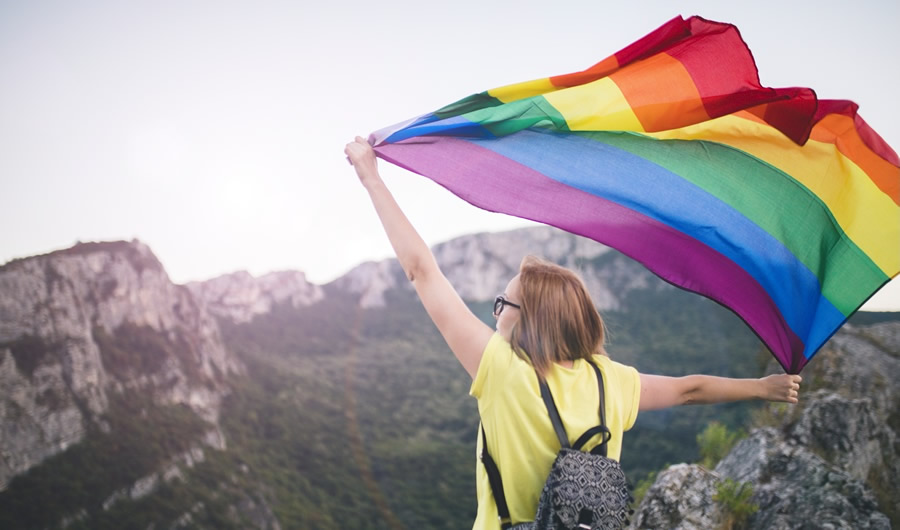 Working to find legislative compromise can be a good thing. But not every bill that calls itself a compromise is a good compromise.

And that, sadly, is the case with the so-called “Fairness for All” legislation introduced Friday.

Civil Rights as a Sword

Over the past several years I’ve been in dialogue with the main scholars and civic leaders promoting and drafting this legislation (including participating in a conference on it at Yale Law School in 2017 and authoring a chapter on the approach — and suggesting a better approach — in a Cambridge University Press book published this year). I have reviewed the 69-page legislative draft over the past several weeks.

Despite the undoubted good will of those who drafted and introduced the legislation, and despite some meaningful though insufficient protections for religious liberty, the bill is not in fact fair for all. Its protections for religious liberty come at the high cost of enshrining a misguided sexual and gender ideology into federal law. This will allow the federal government to use our civil rights laws as a sword to punish citizens who dissent from the reigning sexual orthodoxy. This is certain to create significant harm to the common good, especially for the privacy, safety, and equality of women and girls.

The high costs of the Fairness for All compromise shouldn’t be surprising, because the compromise the bill sought was misframed from the beginning.

In a letter to fellow lawmakers asking them to co-sponsor the bill, Rep. Chris Stewart, R-Utah, the lead sponsor, revealed why the compromise is flawed.

Stewart writes that his bill is meant to be “a balanced legislative solution for preserving religious freedom and protecting LGBT civil rights.” But these aren’t the only two values at stake in this legislative area, so a compromise that is framed only between these two values is certain to leave out important considerations.

Unsurprisingly, the bill introduced Friday does just that.

Stewart argues that his bill will deliver “greater freedom for everyone by creating robust protections for religious individuals and organizations and comprehensively amending the Civil Rights Act to include sexual orientation and gender identity.”

But elevating “sexual orientation and gender identity” to a protected class in the Civil Rights Act will cause serious harms. What Stewart fails to acknowledge, and what his bill fails to wrestle with, are the harms it would cause to people’s privacy, safety, equality, and other forms of liberty — not just for religious people, but for anyone who disagrees with contemporary sexual and gender ideology.

A bill that was truly fair for all would not allow the government to use civil rights law as a sword to punish citizens for disagreement on sexual ideology.

A bill that was truly fair for all would explicitly say that no physician would have to engage in any “gender-affirming” care that they thought unethical, and that no child could be denied assistance to help them identify with their bodies.

And yet, to take just one example, Fairness for All says that an “entity unlawfully discriminates against a child by” treating a child “inconsistently with the child’s gender identity,” and by providing the child with “any practice or treatment that seeks to change the child’s … gender identity.”

So children must be affirmed in their gender confusion, and adults may not attempt to help them — all in the name of fairness. The bill limits these provisions to foster children and others in custody of the state.

But if this is what “fairness” requires for those children, why not for all children?

These outcomes are unsurprising given that the goal was to protect only religious liberty, not advance the totality of the common good.

Real fairness for all would protect people who identify as LGBT from truly unjust discrimination while explicitly stating that acting on the conviction that we are created male and female, and that male and female are created for each other, isn’t discriminatory. And so it would also protect people who hold those convictions and their freedom to act on them in the public square.

Not only does Fairness for All misframe the policy arena as one between “LGBT rights” and “religious liberty,” but it fails to precisely target the needs of LGBT-identifying people that require a policy solution.

In a press release supporting Fairness for All, the Church of Jesus Christ of Latter-day Saints argued that “No American should lose their home or job simply for being lesbian, gay, bisexual or transgender.” That’s true. But the Fairness for All legislation goes well beyond cases where people are fired or evicted simply for identifying as LGBT.

Fairness for All takes the existing Civil Rights Act of 1964, which was passed by Congress to, among other things, combat racism, and expands its reach while adding “sexual orientation and gender identity” as protected classes. The bill never defines what constitutes discrimination against such classes. So it takes a law meant to combat racism, broadens its reach, and fails to define a key term.

But properly defining unjust discrimination and targeting legislation at those actions is essential. Part of the problem with Fairness for All is that it leaves it entirely at the whim of hostile bureaucrats and judges to declare that commonsense actions may count as discrimination.

Gender Identity as a Protected Class

What exactly would the proposed ban on “discrimination” on the basis of “gender identity” entail? Can the bill’s drafters and sponsors tell us what elevating gender identity to a protected class in civil rights law will mean long term? Can they even tell us what it would legally require today?

It is irresponsible to rewrite our civil rights laws to make “gender identity” a protected class when we can’t even define what gender identity is, or how many there are.

According to the most up-to-date gender theory, gender identity exists along a spectrum and can be fluid. Possible gender identities include “boy/girl,” “gender-hybrid,” and “gender ambidextrous.”

How is it fair for all to pass a law saying it’s illegal to discriminate on the basis of these gender identities without even defining what constitutes discrimination? This is legislative malpractice and will lead to endless, costly litigation.

Activists currently claim that combating gender identity discrimination requires new bathroom, athletic, pronoun, and health care policies mandating “gender affirmation” care. But when you consider the fact that most Americans hadn’t even heard the phrase “gender identity” five years ago, it seems premature to suggest that elevating it to a protected class status is what “fairness for all” requires.

Now is not the time to rush to conclusions, but to think critically and prudently.

In the midst of the redefinitions of marriage, sex, and gender, all Americans — wherever they fall on the political spectrum and whether they are religious, secular, or agnostic — should join the effort to find ways to coexist peacefully.

Fairness for All would not achieve this goal. Instead, it would treat reasonable disagreement as if it were discrimination, impose sexual and gender ideology, and penalize those who dissent. But that doesn’t mean we need to succumb to an endless culture war.

While Fairness for All is an unsuccessful legislative compromise, we should still work to develop good legislation. A better approach would carefully consider the needs of people who identify as LGBT that require a policy response, and then target legislation at those needs.

Such legislation would specifically define what constitutes unlawful behavior, while explicitly protecting everyone’s freedom to engage in legitimate actions based on the conviction that we are created male and female, and that male and female are created for each other.

Such legislation must protect the privacy and safety of women and girls, the conscience rights of doctors and other medical professionals, parental rights, and the free speech and religious liberty rights of countless professionals.

This would leave all Americans free to act on those convictions. It would also protect diversity and promote tolerance. It would promote true fairness for all.