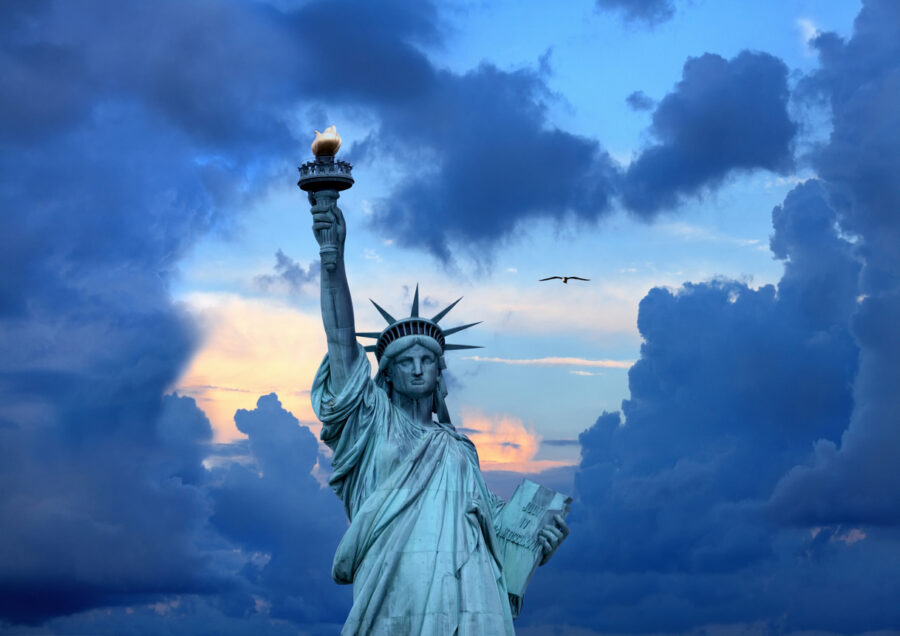 There are a number of reasons many young people shy away from conservatism.

The most obvious is that they have been exposed only to left-wing values — from elementary school through graduate school, in the movies, on television, on social media and now even at Disneyland.

Less obvious but equally significant is that they have never been properly exposed to conservative values. Since at least the World War II generation, most parents who held conservative values either did not think they had to teach their children those values or simply did not know how to do so. Most still don’t. If asked to define conservative values, most conservatives will be tongue-tied.

In light of this, I present here, and in subsequent columns, a list of conservatism’s defining characteristics.

We will begin with the most important conservative value — liberty.

A Primary Value of the American Experiment

Conservatives believe in individual liberty (there is no liberty other than individual liberty). It has been the primary value of the American experiment. While many countries include the word “liberty” in their national mottoes and national anthems, no country has so emphasized liberty as has America.

And that is why America’s founders were adamant that the state — the national government — be as small, as limited, as possible. The bigger the government, the smaller the liberty. Big government and big liberty are mutually exclusive.

Moreover, liberty is not the only victim of big government. Human life is also a victim. Every genocide of the 20th century, the century of genocide, was committed by big government. Without big government, one hundred million people would not and could not have been slaughtered, and a billion more would not and could not have been enslaved. (There was one exception: the Hutu genocide of Tutsis in Rwanda, which was tribal in nature. Tribal culture, like left-wing culture, emphasizes the group over the individual.)

In order to limit the size and power of the national government, the founders delegated most governmental powers to the states. They did so in the Constitution by specifying what powers the national government had and by asserting that all other powers be delegated to the states. In addition, they increased the power of the states by having presidential elections decided by the states — the Electoral College — rather than by the national popular vote, and by how they structured the Senate, one of the two branches of Congress. They gave every state equal representation in the Senate, no matter how small the population of the state.

The Left’s opposition to the Electoral College and to the Senate makes perfect sense. It is the power inherent in big government, not liberty, that animates the Left. The defining characteristic of every left-wing party and movement in the world has always been an ever bigger and therefore more powerful government.

The Greatest of All Liberties — Free Speech

This especially holds true for the greatest of all liberties — free speech.

Free speech is a fundamental conservative value, and it has been a fundamental liberal value. But it has never been a left-wing value. For that reason, everywhere the Left is dominant — government, media, universities — it stifles dissent. The reason is simple: no left-wing movement can survive an open exchange of ideas. Leftist ideologies are emotion- and power-based, not reason- or morality-based. So, leftists cannot allow honest debate. They do not argue with opponents; they suppress them.

For the first time in American history, freedom of speech is seriously threatened — indeed it has already been seriously curtailed. With the ascent of the Left, the inevitable suppression of free speech is taking place.

That liberals — who have always valued liberty and free speech — vote for the great suppressor of liberty, the Left, is the tragedy of our time. The reason they do so is that liberals forgot what they stand for; they only remember what they believe they stand against: conservatives.

So, the next time a liberal or left-wing friend or relative asks you what conservatives stand for, say “liberty” — especially free speech. And explain that is why you fear and oppose big government — because big government and individual liberty cannot coexist.