‘We Do Worry’: Senior Guatemalan Official Raises Concerns Over Terrorists Potentially Heading to the US Border 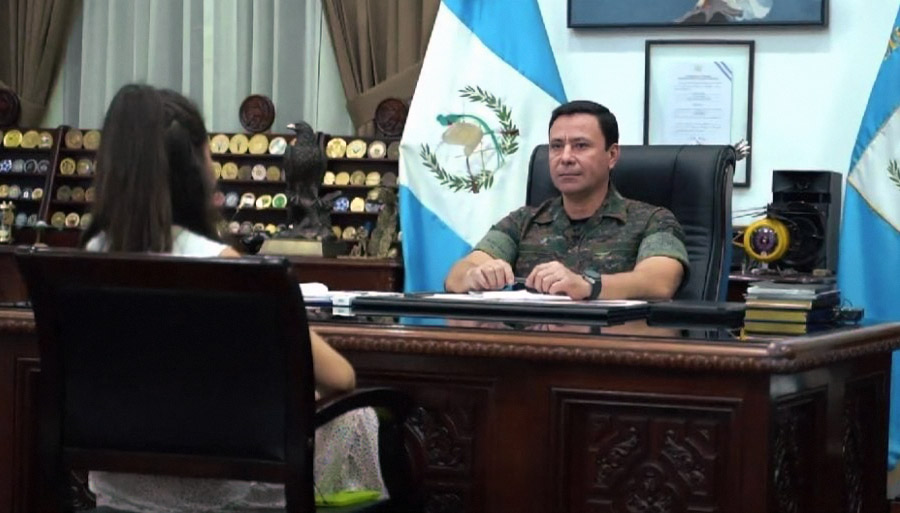 GUATEMALA CITY, Guatemala — Guatemala’s minister of Defense said he’s concerned that terrorists and criminals could be heading through Central America to reach the U.S. border, in an exclusive sit-down interview with the Daily Caller News Foundation.

Many migrants bound for the U.S. pass through Guatemala as one of the last stops on their journeys. General Henry Yovani Reyes Chigua told the DCNF he worries that there’s no way to know all of the backgrounds of those migrants.

“We don’t have that information when they’re coming in. So it is something that we do worry [about], and following the instructions of the president, who is the commander in chief, we are doing everything we can to keep our country safe and defend our safety and sovereignty,” Reyes Chigua said.

President Alejandro Giammattei has deployed hundreds of special forces to the border with Honduras, Guatemalan officials told the DCNF. He has also increased criminal penalties for human traffickers to up to 30 years prison time.

The U.S. has seen a surge in illegal migration with U.S. Customs and Border Protection (CBP) encountering a record of around 2.3 million migrants in fiscal year 2022. During that period, Border Patrol apprehended 98 people on the terror watchlist at the southern border, which is up from zero in fiscal year 2019.

The U.S. government has also recorded in fiscal year 2022 a nearly 600% increase in “Special Interest Migrants” from countries with terrorism or other types of “nefarious activity,” according an internal document recently obtained by the DCNF. Most of the Special Interest Migrants came from Turkey, where terrorist groups like Islamic State are known to operate, according to the State Department.

“The military of Guatemala is obligated by the Constitution to protect, keep safe and fight for the sovereignty of the country. Given that these migrants are coming from different countries, we can expect that these people might belong to either terrorist groups or organized crime,” Reyes Chigua said.

In fiscal year 2022, Border Patrol also apprehended 751 gang-affiliated individuals, many of them tied to MS-13 individuals, nationwide, according to CBP statistics.

The Biden administration, however, has downplayed the border crisis on numerous occasions and has even suggested that the border is “secure.”

“There is no question that we have to do what the president and I asked Congress to do. The first request we pass a bill to create a pathway to citizenship. The border is secure, but we also have a broken immigration system and particular[ly] over the last four years before we came in and it needs to be fixed,” Vice President Kamala Harris said in September on NBC News’ “Meet the Press.”

The border is secure,” Mayorkas said. “We are making the border more secure. That has been a historic challenge.”