The request may end up helping Jack Phillips’ cause, rather than hurting it. 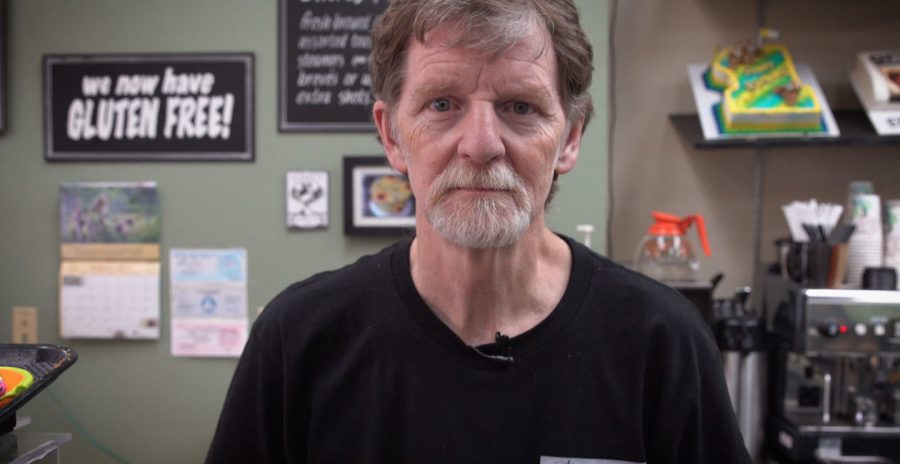 Lawyers for "cake artist" Jack Phillips say someone emailed a request for him to design and bake a cake celebrating the birthday of Satan. Phillips, a Christian who owns Masterpiece Cakeshop in Lakewood, Colorado, is headed to the Supreme Court in December after declining to make a cake celebrating a same-sex wedding.

The Christian baker in Colorado who was sued for declining to make a cake for a same-sex couple’s wedding reception received a strange request last month: Design and bake a cake celebrating Satan’s birthday.

“I would like to get a quote on a birthday cake, for a special event,” the email request to baker Jack Phillips, sent Sept. 30 and exclusively obtained by The Daily Signal, reads. It continues:

It is a cake that is religious in theme, and since religion is a protected class, I am hoping that you will gladly bake this cake. As you see, the birthday cake in question is to celebrate the birthday of Lucifer, or as they [sic] are also known Satan who was born as Satan when he was cast from heaven by God.

The request for Phillips to quote a price for the cake also asks for an “upside down cross, under the head of Lucifer.”

The incident exemplifies the complexity of government laws mandating that those in creative occupations violate their religious beliefs in serving clients or customers.

This is a danger that lawyers for Phillips, owner of Masterpiece Cakeshop in Lakewood, Colorado, say they’re raising before the U.S. Supreme Court, which in June agreed to take the baker’s case.

Phillips gained nationwide attention after declining to make the wedding cake for the gay couple, and eventually being found guilty of discrimination by a Colorado state agency and the courts.

Phillips has told The Daily Signal and others that his Christian faith not only doesn’t allow him to design and make cakes celebrating same-sex unions, it prevents him from designing cakes that involve such elements as witchcraft or explicit sexuality.

“The request for Jack to make a cake celebrating Satan proves the danger of using these kinds of laws to force people in the artistic profession to create artwork that violates their beliefs,” Jeremy Tedesco, a senior counsel at Alliance Defending Freedom, told The Daily Signal in a phone interview.

“The request from the Satanists is essentially the same as the request that Jack Phillips received from the same-sex couple to create a cake that violates his beliefs, because in both instances, the requester can say the law covers my request. For the Satanists, they’re going to say it’s religious discrimination for you to say no to a cake that I’m requesting because of my protected status.”

Lawyers told The Daily Signal that Phillips received a second Satan-themed cake request by phone this month, this time asking that Satan be depicted smoking a joint.

The case dates to 2012, when the same-sex couple, David Mullins and Charlie Craig, got a marriage license in Massachusetts and asked Phillips to design and bake a cake for their reception back home in Colorado.

Lawyers for Mullins and Craig, who are represented by the American Civil Liberties Union, filed a complaint against Masterpiece Cakeshop with the state of Colorado, alleging Phillips’ refusal to make the cake violates the state’s public accommodation law.

Administrative Law Judge Robert N. Spencer ruled against Masterpiece Cakeshop on Dec. 6, 2013, concluding that Phillips discriminated against the couple “because of their sexual orientation.”

Phillips’ lawyers at Alliance Defending Freedom have appealed the ruling through courts in Colorado and now to the Supreme Court.

Phillips received the email request for the Satanist cake, published in full below, on Sept. 30. His lawyers would not comment on how Phillips handled either request.

The individual emailing the request, whose name was redacted by Alliance Defending Freedom, appears to have targeted Phillips because of his Christian beliefs. The email reads:

I thought I would seek you out, to bake this cake since you appear to be a very moral person since you refused to bake a cake for same sex couples. And since religion is a protected class, I hope you will be willing to bake this cake, so my small group of religious friends can celebrate the birthday of Lucifer this coming November, just a few days after Halloween.

The request may end up helping Phillips’ cause, rather than hurting it.

It’s very easy to get caught up, and people do get caught up, in the idea that the case is just about a Christian cake artist who doesn’t want to create cakes supporting same-sex marriages, but the issue is much broader than that. If the government has the power to force Jack to create cakes and engage in artistic expression that violates his beliefs, it has that power over all of us. That’s why you can be for same-sex marriage, but you can also be for, and should be for, Jack Phillips to prevail in this case. Kelsey Harkness is a senior news producer at The Daily Signal. Send an email to Kelsey. @kelseyjharkness.