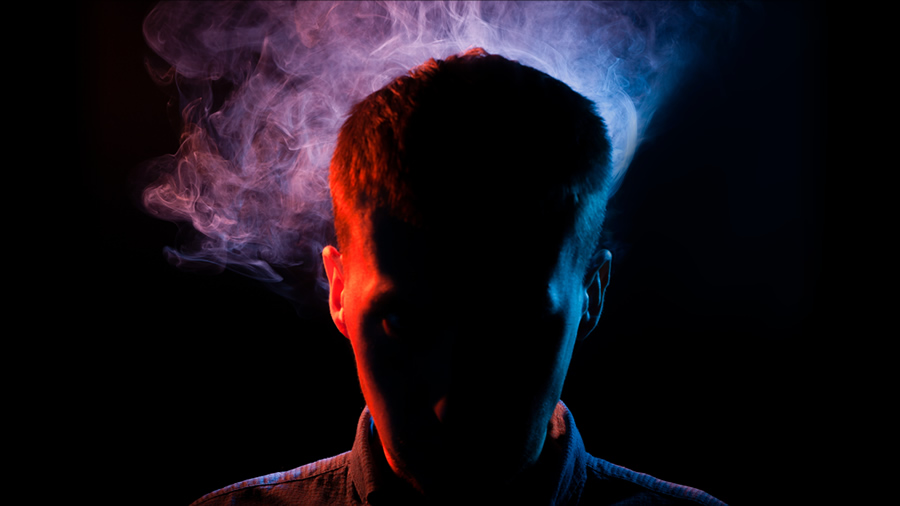 Evil is the absence of God. God does not cause evil. Evil is just that state wherein there is no God of all Creation. Mankind, left to his own devices, is evil. We, as a society, are sinners prone to sin, and we call our political opponents evil without being willing to recognize the evil within ourselves. We throw the word around as a weapon to be hurled at people who disagree with us politically.

Then we were reminded of the violence real evil unleashes during a Fourth of July parade.

Another young man, white, young, no real family life, lots of warning signs — another in the ongoing pattern of collapsed nuclear families and societal failures — takes a gun and fires into a crowd, killing many and turning partisan against partisan as the nation further divides.

The nation is in a spiritual crisis and the church is too distracted by politics to deal with the broken souls who need Jesus.

As partisan forces rage and TV news anchors scowl about the tragedy, the solution is to take guns away, of course, or whatever fits the political agenda of the loudest voices on television; it’s always guns, never anything else.

We will, again, not have a conversation about these young men who all fit into common categories. We can’t because we are a nation that has lost the ability to deal with the truth. We cannot even define male and female anymore, and we sure can’t talk about young men, fathers, nuclear families and faith.

We are in a national spiritual crisis.

But it is all transactional and neither side will admit it. Both the Right and Left within the church are wrapped up in this same spiritual crisis. Too few of the voices in the American church can clearly and openly even address the topic.

The nation is in a spiritual crisis and the church is too distracted by politics to deal with the broken souls who need Jesus. Why make time for broken young men when there’s a Democrat who claims to be a Christian saying Democrat things on Twitter or, God forbid, someone labeled “Big Eva” not ripping open their shirt and, with raw, guttural strength, screaming “Roe is dead!” Why make time for broken young men when what the world really needs is Christian affirmation of reparations, a book tour on NPR stations about the post-Trump Christian Right, and the nodding agreement that the church is filled with white privilege and racists?

The lonely, young men in broken homes can wait. The tweets are more important. O church arise. The American church is missing its moment. In fairness, however, we are lucky to have thousands of anonymous pastors pastoring locally across America to congregations worried about our spiritual decline. But too often, even there, the churches focus elsewhere instead of on their immediate neighbors.

The nation has no answers for what is going on. An increasingly godless society cannot regulate and legislate its way out of this mess. Marriages and families are collapsing. Children are unneeded, unwanted, disposable and inconvenient. Society is collapsing and the Christians are trying to out-mean-tweet each other.

Meanwhile, another family is collapsing. Another young man is drawing inward, unsure of what to do with the growing anger. All the signs are there and those around him are so concerned that they’re getting on their phones and tuning him out.