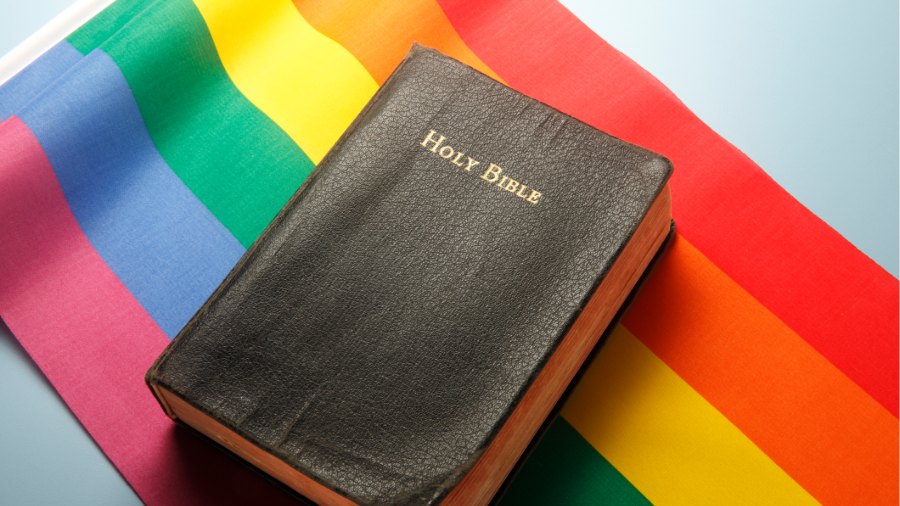 When a liberal church goes pro-gay, we yawn. When an Assemblies of God congregation announces it’s “gay affirming,” we wake up.

Last Sunday, Rev. Dan Matlock, lead pastor of Eikon Church in Kyle, Texas, informed his congregation from the pulpit that Eikon was now “a fully inclusive church for the LGBTQ community … that means they can serve in any and every capacity in the church from a greeter in the parking lot to a pastor on staff.” (Click here for the full sermon.)

Since Eikon has been affiliated with the Assemblies of God, a denomination whose position on marriage and sexuality is clearly orthodox, this announcement puts Eikon squarely at odds with the Assemblies. They have thereby taken immediate action, the outcome of which will be determined later.

So the line of evangelical dominoes falling into gay affirmation is getting longer. Dr. Tony Campolo. Jen Hatmaker. Ethicist David Gushee. A mega-church in Seattle. A Vineyard Fellowship congregation. A Dallas-area Baptist church. For each publicized example, there are others reconsidering their position, quietly shifting. We’ll be hearing from them soon.

That’s bleak news, and cursing the darkness won’t help. But before lighting that proverbial candle, let’s consider why the darkness is gaining so much ground.

After all, Eikon Church, like Campolo, Hatmaker, or the Vineyard pastor who went rogue, didn’t go from zero to sixty in three seconds. There was a process. So if we’re concerned about this pro-gay drift among evangelicals, we’d best get a handle on the process behind the drift. Because what we understand, we can better prevent.

Part of the process involves a reclassifying of homosexuality. They’ve changed it from a primary issue to one that’s secondary, non-essential, not worth dividing over. Unity, then, trumps disagreement over this secondary issue, allowing people to practice or affirm same-sex relations with impunity.

There are, of course, issues we shouldn’t divide over. Somebody’s right about the rapture, but we’re not going to split up over that. Ditto for the question of dunking or sprinkling when we baptize, wine or juice at communion, eternal security versus “don’t be so sure.” On secondary issues, we gracefully agree to disagree.

Pastor Matlock classified homosexuality as one such issue, concluding, in his Sunday sermon, that when we disagree on such things we “pursue unity over uniformity.”

It’s Not a Secondary Issue

Well, sure, provided the thing we disagree on is secondary. But even a casual glance at scripture shows sexual sin is a primary doctrinal and moral issue, calling for clear positions and, when needed, church discipline.

23 out of the 27 books of the New Testament specifically name and condemn fornication, adultery, prostitution, incest, homosexuality or lust. The first church discipline on record, in fact, was a response to sexual sin (I Corinthians 5) and Paul forbade the Corinthians to associate with any believer practicing it. (I Corinthians 5:11)

Confidence counts. If truth tellers won’t tell the truth, error tellers will surely tell their own, thereby winning the war.

Clearly, then, we can’t just “agree to disagree” on homosexuality within the church. If it constitutes a sexual sin, and if sexual sin is a primary issue, then getting right trumps getting along. (See here for an explanation of the pro-gay interpretation of the Bible.)

St. Paul would have had little patience with those who’d argue, “But we’ll lose people if we take a stand on this!” To him, the purity of the church, not its numbers, took precedence (I Corinthians 5:6-7) and truth overrode popularity. (Galatians 1:10) Allowing unaddressed sin for the sake of getting along creates unity with impunity, a tolerance we find sometimes in churches, but never in scripture.

The door-pounding woman Jesus commended for her importunity (Luke 18:1-8) is an example pro-gay advocates emulate and conservatives tend to ignore. Indeed, if Orthodox believers had half the determination LGBTQ activists model, this controversy might not even exist.

On this point, it’s revealing to look at the references Eikon Church lists on its Resource Page, one of which is the Reformation Project, a gay advocacy group whose stated goal is to “guide and support churches to reform their teachings and policies to fully affirm LGBTQ Christians.”

To achieve this, the organization has developed a program for “Cohorts” who commit to investing 12-15 hours weekly for three months (in addition to travel time for a three day conference) during which they receive online and in person training, engage in fundraising efforts, make media appearances, then serve as active leaders in their local group for at least one year after their three month training period.

All for the sake of revising the church’s position on homosexuality.

Their Efforts vs. The Response

Or encourage their people to defend it.

Or even talk to their people about it.

Crickets, huh? One of our greatest scandals may be the lack of resource available to believers, and the number of Christian leaders reticent to even address the subject to their congregations.

Meanwhile, gay advocacy groups, Hollywood, the public school system, the therapeutic industry, the news media, and gay affirming churches are all too eager to promote their views to those same congregations. (And, let’s not forget, to their kids.)

All of which happens while too many Evangelical leaders, commissioned as stewards of truth, continue to wring their hands over whether or not they should mention that truth.

Others know how important it is. Do we? Their importunity is clearly being rewarded, while our silence, as the AIDS activists used to say, equals death.

The horror of AIDS is not the syndrome itself, but the diseases it makes a person susceptible to. When the immune system is healthy, those diseases have no effect. But when immunity is compromised, diseases that would normally be warded off are allowed to invade the body, with tragic consequences.

When Christians are Biblically literate, well grounded in sound doctrine, then errors and heresies have little effect. But when believers aren’t sure what to believe, or when they believe the wrong things, or if they remain ignorant of the right things, then they become susceptible to errors and heresies that would otherwise be warded off.

Biblical discernment, sprung from a working knowledge of the Bible and the ability to “rightly divide the word of truth” (II Timothy 2:15) is our immune system against error. When believers are not well grounded, when churches are not encouraging and facilitating serious Bible study, when youth groups are more about entertainment than discipleship, and when sermons are more anecdotal than doctrinal, then we shouldn’t be surprised when serious errors invade the Body, with tragic consequences.

Waiting for the Light

People are, in these uncertain times, hungry for certainty. We see what happens we are hesitant to speak about controversial but critical issues with Biblically-based certainty. Those holding an un-Biblical view with great certainty will win them over. Confidence counts. If truth tellers won’t tell the truth, error tellers will surely tell their own, thereby winning the war.

And make no mistake about it: this is war. It’s a war over the future definition of marriage and family within the church. It’s a war over the way believers determine and practice truth. And it’s a war over truth itself. The Body of Christ is the territory that will be conquered or defended, leaving Evangelicals with a sobering reminder of what the late Dr. Walter Martin noted: “People who walk around in the middle of a war acting as if there was no war are called casualties!”