Euthanasia Used For 4.5 Percent of Deaths in the Netherlands 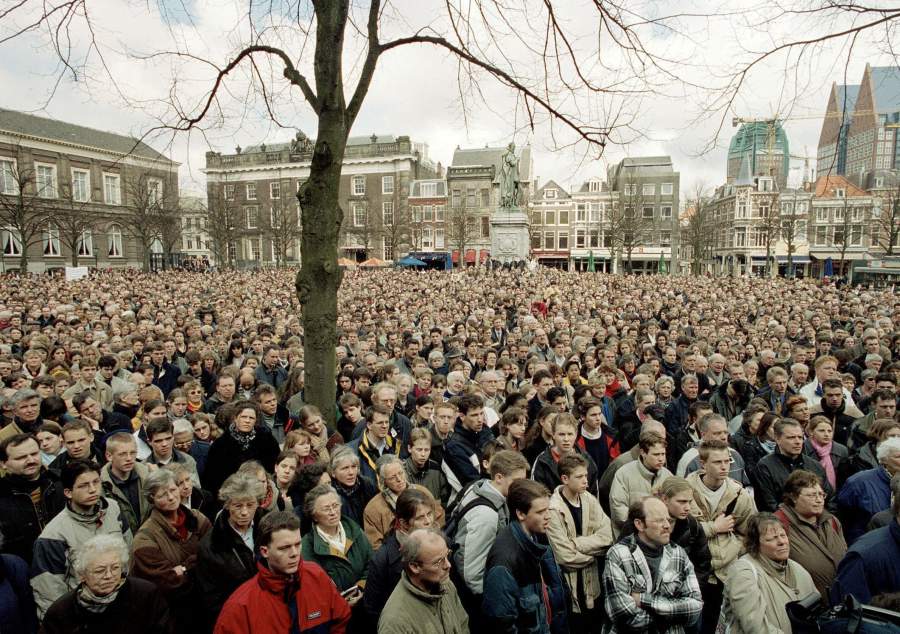 FILE - This is a Tuesday, April 10, 2001, file of thousands of protesters as they demonstrate outside Dutch government buildings at The Hague, Netherlands, as the Upper House of Parliament voted to legalize euthanasia. Dying by euthanasia has become “common practice” in the Netherlands since its legalization a dozen years ago and doctors are now reporting increasing rates of people seeking the practice who aren’t terminally ill, a new review says.

This article is available to read at the Associated Press Archive Link here: https://apnews.com/dd662f9183234a5abd4171a1fadbda8d/Euthanasia-used-for-4.5-percent-of-deaths-in-the-Netherlands