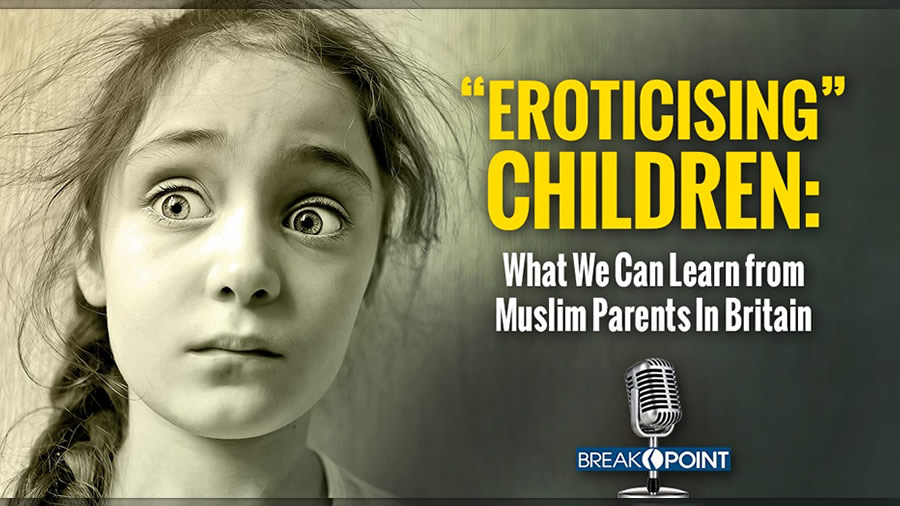 The following is not a hypothetical scenario.

Your four-year old daughter comes home from school and says, “I can wear my brother’s clothes and he can wear mine. I can change my name to a boy’s name.”

Again, this scenario is not hypothetical. This is exactly what happened to British mum Mariam Ahmed recently.

According to the UK Telegraph, Ahmed immediately checked with the parents of other children who attend the same school. Many, according to Ahmed, “had the same story to tell.”

They learned that their Birmingham school, Parkview Community School, was participating in the “No Outsiders” program. The goal of the program is to “raise awareness of LGBTQ+ issues” for children ages 4 through 11. “No Outsider” was launched by Parkview Community’s assistant headmaster, Andrew Moffatt, an openly gay educator who’s been awarded by the Queen for “services to equality and diversity in education.”

Now, as you might have guessed by the name, Ahmed is a Muslim. In fact, Parkview Community School is 98 percent Muslim. And as you may have guessed, most Muslim parents take a pretty dim view of this kind of thing. They believe that such programs aren’t really about “raising awareness of LGBTQ+ issues,” but more about the “sexual indoctrination” of their children.

My children and nieces and nephews are going around school corridors, hearing it’s okay to be gay or lesbian. We don’t have an issue with the orientation. That’s a personal concern and a personal debate. But what we’re not happy with is the way that they’re drumming it into the children.

For many, like Mohammed Aslam, age is also an issue. Aslam reports that his daughter, age six, came home from school one day confused and crying. “She said she was told children can have two mummies and two daddies,” and that she can wear boys’ clothes.

In response, the Muslim community has decided not to take this indoctrination lying down. Ahmed started a petition against the “No Outsiders” program. Parents organized a protest outside the school, which has been going on for weeks. On one Friday, 600 of the school’s 740 families kept their children at home.

Now those from other communities are joining in the protest. Dr. Lisa Nolland, a Christian professional, drove from Bristol to congratulate the Muslim parents for “showing the way” on how to deal with indoctrination. As Nolland told the Telegraph, “This isn’t about religion, it isn’t even about parents, it’s about what’s best for kids … This is literally eroticising child development. This is damaging children. The numbers of child-on-child sex abuse are awful. Turn the volume down.”

While the Parkview parents have in some measure succeeded — the school has temporarily suspended the program — the national attention garnered by the protests has not been always favorable.

For instance, one Muslim politician who sided with the parents and said the students were “too young” to be taught about homosexuality, “has since apologised for his comments and has been formally reported to Birmingham City Council’s Standards Committee by Conservative councillor Gareth Moore, who is gay.”

Commenting on the situation, Rod Dreher at the American Conservative wrote, “Notice that the parents, even though they believe homosexuality is immoral, do not object to age-sensitive treatment of the issue in schools. What they object to is this gender ideology being jammed down the throats of their young ones.”

That critical distinction is crucial for American parents as well. The Muslims in Birmingham realize that British society accepts homosexuality and there’s no way their children can avoid the issue. But these parents insist that the indoctrination, especially at such a young age, must stop. American parents can learn from this, and also insist, forcefully and civilly and no matter the pushback, that the government stop indoctrinating and sexualizing our children.