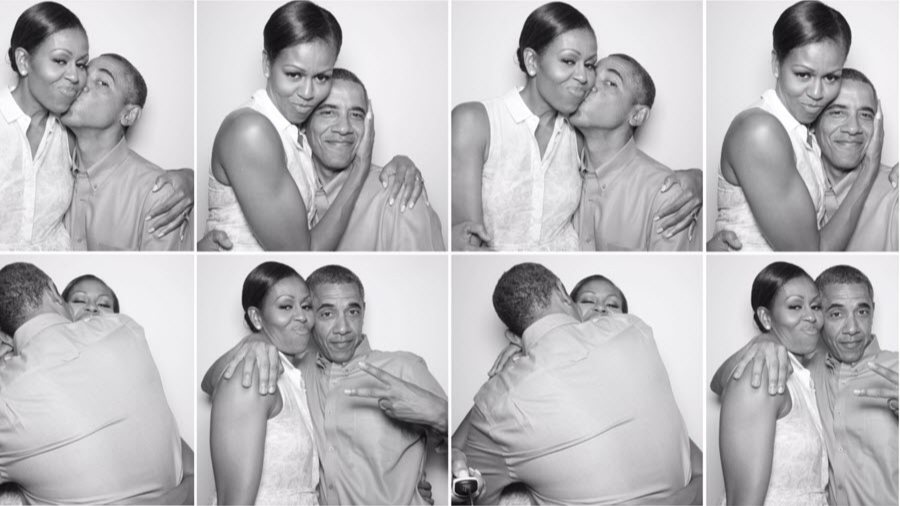 When future historians (if we still have any honest ones) look back at 2021, they might pinpoint this past weekend as the exact moment when the public’s long-eroding trust in elite institutions and authority figures finally imploded into a cloud of dust like an outdated Vegas hotel. And the triggers for that big bang will be Barack Obama’s 60th birthday party and the media’s reaction to it.

With fellow Democrats demanding returns to masking and other pandemic measures in light of the new variant wave, the Obamas said they would scale back their party to just family and close friends. But that was just “boob bait for the Bubbas.” The opulent A-lister bash went on pretty much as planned. A few names got cut from the guest list, but it was still a mass gathering of the biggest liberal celebrities partying like it was 1999, all in close proximity inside large tents while being served by 200 caterers and wait staff, who were apparently the only ones wearing masks.

But that’s okay because it turns out that the virus only attacks “unsophisticated” people, like service workers. Vaccination might not give you 100% immunity, but being rich, liberal, well-connected, famous, fabulous — or as The New York Times’ Annie Karni infamously put it, “sophisticated” — apparently does.

Vaccination might not give you 100% immunity, but being rich, liberal, well-connected, famous, fabulous — or as The New York Times’ Annie Karni infamously put it, “sophisticated” — apparently does.

As the Obama guests danced and ate cake (and probably wondered why the grumpy peasants didn’t just eat cake, too), Dr. Fauci and CNN were ignoring Obama and the glitterati’s glaring hypocrisy while they relentlessly bashed participants in the Sturgis motorcycle rally for allegedly creating a deadly superspreader event. Well, that’s what they get for being so unsophisticated. Don’t they realize the virus only attacks unsophisticated people, non-celebrities, Trump voters, and crowds that aren’t protesting police or looting stores? Follow the science, people!

Music superstar/activist John Legend was, of course, at Obama’s party, and he provided the dictionary with a Legend-ary new illustration of the word “hypocrisy,” thanks to this pair of tweets. Just one week ago, he tweeted, “Being unvaccinated and/or unmasked at a large indoor gathering is like literally begging to get COVID.” The other tweet shows him arriving with his model wife Chrissy Teigen to attend Obama’s soiree, where people went unmasked indoors.

That will forever make it clear what “hypocrisy” means, but I don’t know if the word “sophisticated” will ever be the same again.

Columnist Jim Treacher may have hit the nail on the head when he wrote last week, “Democrats don’t need masks because they’re better than you.”

After this, it’s entirely possible that the establishment elites of politics, the media, and the entertainment industry will never regain any credibility with the public, and will be viewed with as much contempt as clueless 18th century French aristocrats. On the other hand, John Nolte at Breitbart.com has a different take. (Warning: Profanity Alert!)

He thinks we should all thank Obama for throwing that party because it shows that he doesn’t take Joe Biden seriously and he also refuses to be cowed into giving in to the fear and control effort. Nolte thinks both those views are absolutely right, and Obama sent those messages in the most public, in-your-face way possible.

He writes that this may be the first time Obama has actually done anything positive for America and its people: he sent the message, “If you’re vaccinated, this pandemic is over. Don’t listen to the fear merchants. Don’t listen to Joe Biden. Go and live your life.”

I think “I live in a clueless bubble of wealth and privilege” is probably the more likely explanation, but I wouldn’t be surprised if that’s not the message most Americans take away from this.

Frittering Away Our Grandchildren’s Future?