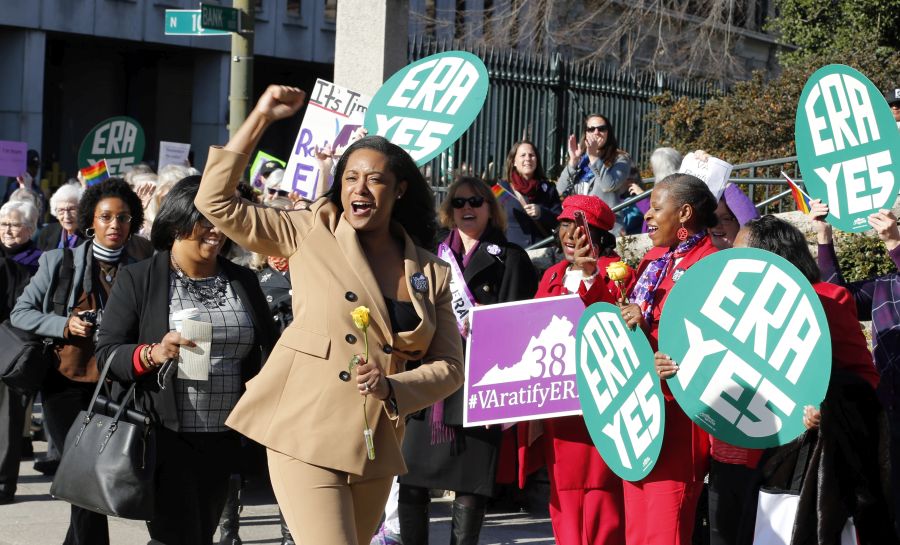 The deadline for ratifying the Equal Rights Amendment passed back in 1982. But that hasn’t deterred its latest crop of activists.

Down in Virginia, a tag-team of liberal extremists and feminists are joining forces to bring the famous piece of ’70s propaganda back from the grave. And this time, they’re making it quite clear that the campaign has more to do with abortion than anything else.

At a Richmond press conference of pro-life women Thursday, groups like Family Research Council and Susan B. Anthony List called on Virginia leaders to reject the proposal. It’s a waste of time, they argued, in a century “where women are already protected as equals in our legislation and the courts.”

But then, as most Virginia liberals will tell you, this was never really about equality.

“When my rights as a woman [are] dependent on laws, because laws can change as quickly as legislators change their minds, and Supreme Court decisions that allowed me to go to college can always be reversed, but when you enshrine my constitutional rights as a human being equal to men, well, that is the only thing that is acceptable, because amendments do not expire,” Prince William Democrat Jennifer Carroll Foy said on the Virginia Assembly floor.

And what “rights” are those?

Family Research Council’s director of life, culture, and women’s advocacy, Patrina Mosley, thinks it’s obvious. “Women are continually used as props to push an agenda. The ERA (Equal Rights Amendment) is not about women, it is really a smokescreen for abortion,” she insisted.

Tina Whittington, executive vice president of Students for Life of America, agreed: “The only reason to pick the ERA off the dusty floor of history is because of a fierce desire to protect abortion at all costs.”

Equal Rights Amendment Coalition Co-President Jessica Neuwirth fired back that the amendment is “silent” on abortion. But that’s by design.

The reality, Susan B. Anthony List’s Mallory Quigley says, is that the Equal Rights Amendment “would alter the Constitution to create a permanent right to abortion on demand, up until the moment of birth, paid for by you and [me], the American taxpayers. It’s even more extreme than Roe v. Wade, which in a single day struck down every pro-life law nationwide.”

Although Family Research Council legal expert Alexandra McPhee insists that ratifying the Equal Rights Amendment is a moot point, enough Virginia legislators sided with the proposal to send it out of committee by a close 8-6 vote. Whether the measure has enough steam to make it through the full Assembly is another story — one that Virginians can play a part in.