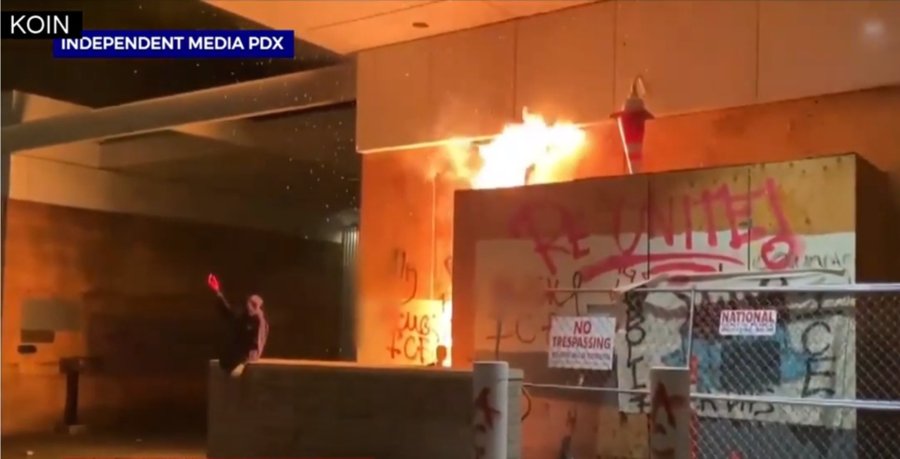 The people who attended President Trump’s January 6 rally, some of whom got out of hand and entered the Capitol Building — and a few of whom got way out of hand and confronted Capitol Hill police — have been labeled “domestic terrorists.” This narrative is now used as pretext for virtually everything the left wants to do to take control, including all-out assaults on free speech (at least for conservatives), election law and the Second Amendment, even though not one firearm was confiscated among the rally protesters. Proudly leading that effort is President Biden himself; check out this excellent opinion piece at The American Spectator.

The grotesque exaggeration and lying by the left never lets up. Here’s Tennessee Democrat Rep. Steve Cohen comparing the Capitol Hill breach by a few hundred hopped-up protesters (stupid, yes) to the Japanese attack on Pearl Harbor, which sank 4 battleships, damaged 8 more and killed over 2,300 Americans. Is he out of his mind?

So I have to ask this question: What does real domestic terrorism look like?

While you consider that, I’m going to describe an event that hasn’t yet received much coverage. One reason for this is that it happened late Saturday night into Sunday morning, and many TV news shows that air Sunday are taped ahead of time. But a bigger reason is that it shreds “the” left-wing media narrative, so naturally it will be buried as deeply as possible.

At 11:13 p.m. Saturday night, independent journalist Grace Morgan was outside the ICE facility in Portland to cover a planned protest at her thread #PortlandProtests. About 100 protesters had arrived and “more are arriving every minute,” she tweeted.

The ICE building was vandalized with graffiti; someone wrote “DHS murders.” Then, some agitators used chain link fencing to block the front door and prevent the agents inside from getting out. To keep the rioters from being identified, someone put a traffic cone over the security camera. Then Roman candles were launched at the building to set it on fire.

Ngo tweeted that the mob was chanting, “Every city, every town, burn the precinct to the ground!”

Far left Antifa extremists attempted to burn down a federal building in Portland, again. Waiting patiently for the outrage.

Andy Ngo, editor-at-large for The Post Millennial and author of Unmasked: Inside Antifa’s Radical Plan To Destroy Democracy, tweeted video of the fire with this comment:

Watch the moment federal officers rushed out to respond after #antifa set the @ICEgov facility on fire last night. Antifa barricaded the front of the facility to trap people inside while the building was on fire.

Investigative journalist Lara Logan retweeted this, adding, “Setting fire to a building with federal officers inside — Antifa still a myth?”

Well, no — as memory serves, Biden referred to it as more of an “idea.”

Ngo tweeted that the mob was chanting, “Every city, every town, burn the precinct to the ground!”

As #antifa gives the #BLM fist salute while the crowd cheers on the burning of the @ICEgov facility last night, he continued. Officers were trapped inside when antifa set the building on fire.

Federal agents fired crowd control munitions, including pepper balls, onto the mob outside the building. It was almost 2 a.m. when Grace Morgan was documenting this and posting the video on Twitter.

Officers inside who had been blocked at the front door were able to get out the back exit. (What if they’d been blocked by fire?) But some faced more violence. As Andy Ngo tweeted,

‘Let’s go, bi***’ After officers rush out from back of the @ICEgov facility to put out the fires on the building set by #antifa last night (antifa barricaded the front), some of the black bloc militants challenge the officers to a fight.

Thanks to THE BLAZE for assembling these tweets, complete with the videos that will otherwise hardly see the light of day.

If It Doesn’t Fit the Left-Wing Narrative, It’s Mostly Ignored

But it’s mostly being ignored. I realize that right after an event such as this, it’s hard to know for sure what took place. Witnesses might be mistaken or simply misinterpret what they saw. But this is real-time video documentation of not just wanton property destruction but also what appeared to be attempted murder of federal agents. See if you can find anything about it on the Portland Police Bureau website. As of early Monday, there was nothing. Apparently no arrests have been made.

The Portland City Council does have plans, though, to combat the skyrocketing violence in their city. They decided last week to double the number of unarmed park rangers on patrol.

Anyway, I hope I’ve made it clear: This is what domestic terrorism looks like. Can you even imagine Trump supporters setting fire to buildings and trying to block the occupants from escaping?

Bloated Rhetoric From a Former Speaker of the House

Yet it’s conservatives who are labeled “domestic terrorists.” And it’s not just far-leftists who perpetrate this fiction; check out the bloated rhetoric of former House Speaker John Boehner (who has a disgusting new memoir out; don’t expect to see me in line at the book signing). Boehner calls Ted Cruz and Jim Jordan “political terrorists.”

Boehner speaks similarly of Trump, whom he accuses of “inciting” the “insurrection” on Capitol Hill “for nothing more than selfish reasons, perpetuated by the [expletive] he’s been shoveling since he lost a fair election the previous November.”

This level of rhetoric is nothing new for Boehner; he’s been shoveling his own steaming load for years.

Boehner is a disgrace. I can only thank God he’s not in Congress now, at a time when the political climate would provide him a daily soapbox. And who needs Boehner to blame Trump when you’ve got the President, Vice President and current Speaker all ignoring Antifa/BLM violence and border chaos while calling Trump supporters domestic terrorists? Recall that Vice President Harris even promoted donating to an organization that bailed Antifa protesters out of jail.

Let’s Get a Few Things Straight

This gaslighting by leftist politicians and media has gone on long enough, and it’s time to get a few things straight. Antifa and Black Lives Matter are domestic terror groups, responsible for outrageous violence and destruction in our cities, with more to come. It’s easy to see by their actions that they don’t care about the law, the free exchange of ideas, or anyone else’s rights (especially those of white people, as these radicals are big-time racists). Unlike domestic terrorists, those who supported Trump overwhelmingly favor the law and law enforcement, as Trump himself does. And we have had enough.