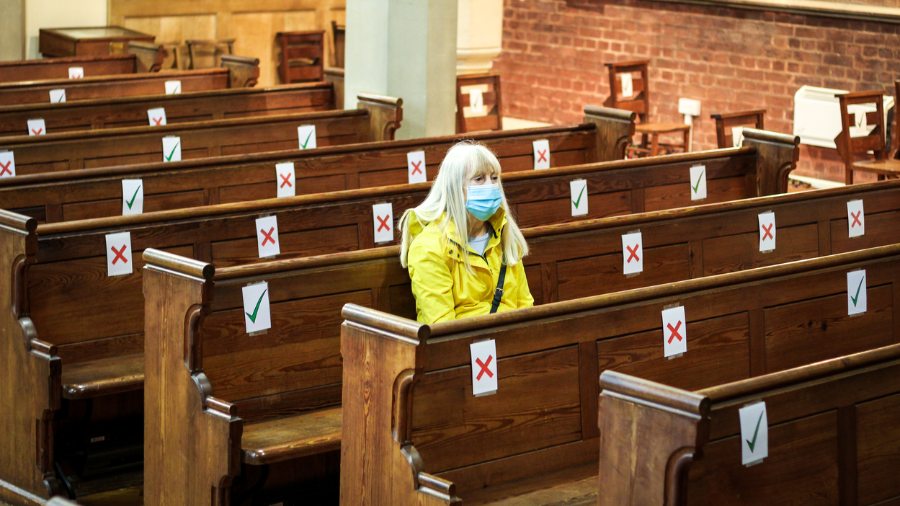 Republican Missouri Sen. Josh Hawley called on the Department of Justice Thursday to file a suit in protection of American religious liberty as coronavirus restrictions on houses of worship continue.

“The American people have endured six months of closures and restrictions on their houses of worship,” Hawley wrote in a letter to Attorney General William Barr. “Over that period, they have faced countless harms: missed holidays and religious celebrations, canceled weddings, and unattended funerals, to say nothing of the painful absence of regular worship.”

“These continued violations of the First Amendment are outrageous,” he continued. “I ask that the Department file suit against these jurisdictions and others to uphold Americans’ rights.”

The senator also emphasized that many states allow restaurants and gyms to operate at 50% capacity while continuing to limit attendance at houses of worship.

“In San Francisco, California, for example, churches continue to be under orders limiting religious services to twelve people, and only if done outdoors, while gyms have been allowed to let patrons inside,” Hawley said. “In many parts of Washington State, churches are subject to a specially burdensome 25 percent capacity limitation, while restaurants and other businesses are allowed up to 50 percent of capacity.”

Hawley similarly asked the DOJ in June to launch a “full civil rights investigation” into violations of “free exercise and free speech rights of religious Americans” in June, saying that state officials have favored protests while targeting religious freedom.

“Under the First Amendment, state officials must not treat religious persons and groups worse than others, and they must not favor one kind of speech over another,” Hawley wrote to the DOJ in June. “State officials have violated the free speech and free exercise rights of religious Americans by treating religious gatherings and speech differently than the speech and mass gatherings of protests.”

The DOJ, which did not immediately respond to a request for comment from the Daily Caller News Foundation, has pushed back against restrictions on religious liberty during the coronavirus pandemic on multiple occasions. AG Barr said in an early April statement that “even in times of emergency,” federal law prohibits religious discrimination.

Since this statement was issued, the DOJ has intervened in multiple cases of government crackdowns on churches and pastors, specifically in Nevada, California, Oklahoma, Illinois, Virginia, and Mississippi.