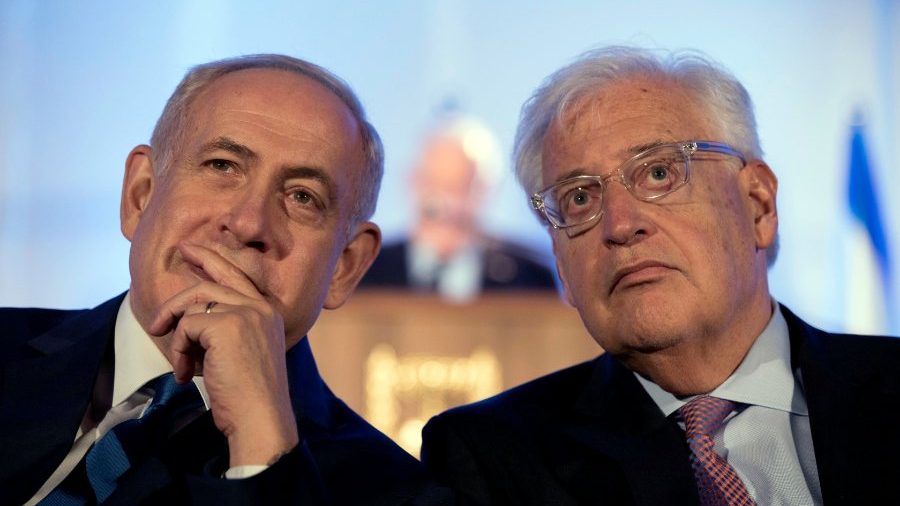 FILE - In this May 21, 2017, file photo, Israeli Prime Minister Benjamin Netanyahu, left and David Friedman, right, the new United States Ambassador to Israel attend a ceremony celebrating the 50th anniversary of the liberation and unification of Jerusalem, in front of the walls of the Old City of Jerusalem.

By JOSH LEDERMAN and MATTHEW LEE Published on June 1, 2018 •

This article is available to read at the Associated Press Archive Link here: https://apnews.com/f06f0fd720eb46a2b4953a068467239f/After-embassy-move,-Trump-weighs-Jerusalem-consulate-changes

Under Fire Over Tariffs, Trump Heads to G-7 Summit in Canada