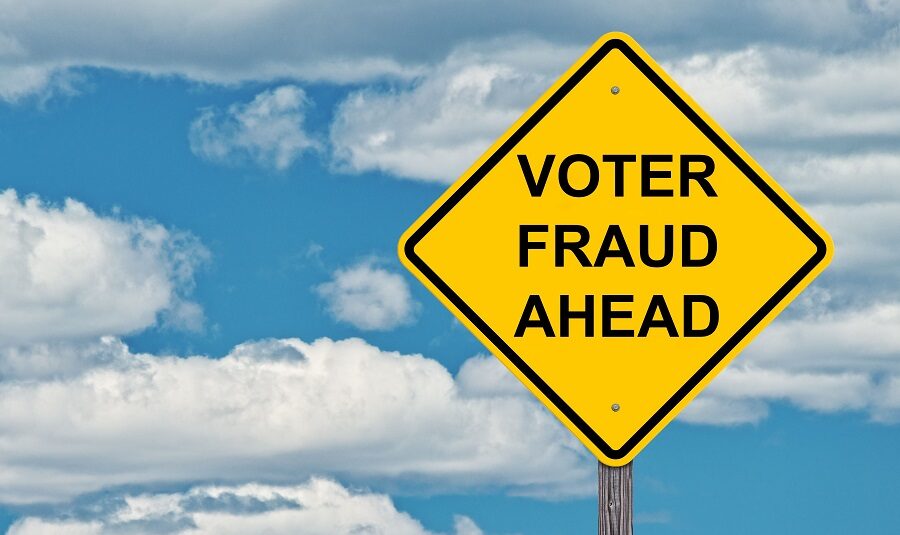 How much can lack of election integrity cost you? It’s $4 trillion and rising, and it’s all that stands between you and the socialist takeover of America. Unsecure elections are the gateway to socialism.

The Truth About the Georgia Senate Election

Setting aside controversies over the presidential race, post-election audits in Georgia show that at minimum Republican David Perdue should not have lost his Senate race, with ultra-left Sen. Jon Ossoff (D-GA) ultimately won by a fraction of a point.

Perdue won in November, but with 49.73% in a three-way race. But in Georgia, a candidate must break 50% to win outright. Otherwise it goes to a runoff election. A libertarian acted as a spoiler in the race, garnering 2.3%. It was a safe bet that those votes would flow to Perdue and he would keep that seat in Republican hands.

But with all the shenanigans surrounding the vote in Georgia, several activists told the Republican base that Georgia’s elections are rigged and so their vote would not count. They were given high profile treatment and huge platforms, GOP base turnout predictably dropped, and Ossoff managed to grab the seat in the January runoff. Between Ossoff and Sen. Raphael Warnock (D-GA), now center-right Georgia is represented by two hardline socialist Democrats in the U.S. Senate.

Setting aside for space reasons all sorts of issues with the race between Warnock and his opponent Kelly Loeffler, Perdue should not have lost his seat. If he had not, Republicans would narrowly control the U.S. Senate today.

Perdue Did Not Contest the Election Result — Maybe He Should Have

Perdue’s team did not contest the November result, with national operatives advising him to take the high road and just clean up in the January runoff. That turned out to be a fatal mistake during the extraordinary political turmoil of the intervening two months.

Because we now know that there were grounds for contest. Set aside the movie-thriller conspiracy theories. Old-fashioned irregularities over boring details. Like signature verification of the original registration file, which should have accounted for thousands of additional ballots being rejected, a group that was heavily Democrat. Rejecting ballots from voters who moved out of state, or to another Georgia home but never re-registered, or listed P.O. Boxes, government addressed or businesses as their residential address. Again, thousands of ballots.

The list goes on of categories of illegal ballots. Together, these far exceeded the margin needed to change the result of the Senate race.

The American people are a center-right people. They will not vote for the destruction of the greatest source of national blessing that the world has ever seen. But those votes will translate to correct election results only if we have election integrity.

If the election integrity measures recently enacted in Georgia’s SB 202 had been in place in November, Perdue would have exceeded 50% and that election would have been over. Chuck Schumer (D-NY) would not control the Senate floor, and Republicans would chair every Senate committee with a majority on each committee. America’s future would not hang on every word uttered by Joe Manchin (D-WV) and Kyrsten Sinema (D-AZ).

Just imagine how different this year would look. President Biden’s $1.9 trillion dollar leftist spending bill, the American Rescue Plan, would never have passed, because a majority in one chamber of Congress would have known this had nothing to do with stimulating the economy to recover from COVID and everything to do with a Democrat policy agenda. Only 9% of that bill was economic stimulus. Nor would the $1.2 trillion infrastructure disaster have passed, as Republicans would have waited until 2022 to take the House and written a conservative infrastructure package.

But this is just a taste of what is in store if we don’t get election integrity right. Without it, Democrats could keep control of the House and pick up a couple seats in the 2022. That would result in two years of true socialist control of Congress, sending bills to Biden to fundamentally transform the United States.

Right now so much hangs on the $3.5 trillion reconciliation package being written on Capitol Hill. Manchin has sounded the alarm, and I am hopeful that the man I’ve known for years will stand by his principles and say that this ultra-left socialist monstrosity, with amnesty for 11 million illegal aliens, massive taxes, horrifying spending levels, its Green New Deal with a corps of 300,000 climate activists added to the federal workforce, and 87,000 new IRS agents to hunt down small businesses and ordinary Americans, will not pass.

I also think that the rapidly rising inflation that I warned about a few days ago, and which July’s newly released economic CPI and PPI reports show is happening, will help give Manchin and Sinema additional resolve not to cave to the Radical Left.

But without election integrity, Schumer will not need their votes to pass anything in the Senate. He can ram through this $3.5 trillion, and then follow it with the H.R. 1 federal takeover of elections, granting full citizenship to all 11 to 25 million illegals in the country, and packing the Supreme Court by adding additional seats to fill with radical leftists to rubberstamp this assault on the Constitution.

America as we know it would end.

The American people are a center-right people. They will not vote for the destruction of the greatest source of national blessing that the world has ever seen. But those votes will translate to correct election results only if we have election integrity.

Tackling the Threat to Our Freedom

That is why I agreed to be chairman of the new Center for Election Integrity at the America First Policy Institute (AFPI) in addition to my other affiliations. I am grateful to work with great patriots alongside allied groups to help tackle this existential threat to our freedom.

Patriotic Americans must be willing to engage in this fight regardless of the lies of the Left. For example they say that requiring voter ID is racist voter suppression, despite the fact that over 60% of black voters support it.

We cannot succumb to intimidation tactics and the cancel culture. As someone who has fought for decades for civil rights, I assure you that when you back down they never back off. Instead they become more aggressive.

Now is the time to fight back. The socialist dream of Joe Biden, Kamala Harris, Nancy Pelosi and Chuck Schumer is not the American Dream. The American people are with us on the big issues, and as Democrats make clear their socialist plans for this nation we can beat them at the ballot box, but only if every legal ballot is counted and every illegal ballot is rejected.

Election integrity makes it easy to vote, but hard to cheat. Now let’s get to it.

Former Ohio Secretary of State Ken Blackwell is the Distinguished Fellow for Human Rights and Constitutional Governance at the Family Research Council, on the board of directors of the Public Interest Legal Foundation, and on the policy board of the American Constitutional Rights Union.