An Economist Explains How Doubling the Minimum Wage Would Spike Unemployment 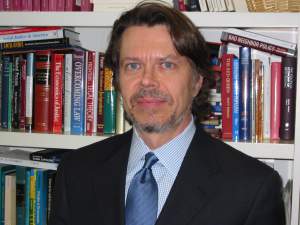 Watching Robert Reich’s new video in which he endorses raising the minimum wage by $7.75 per hour – to $15 per hour – is painful.  It hurts to encounter such rapid-fire economic ignorance, even if the barrage lasts for only two minutes.

Perhaps the most remarkable flaw in this video is Reich’s manner of addressing the bedrock economic objection to the minimum wage – namely, that minimum wage prices some low-skilled workers out of jobs.  Ignoring supply-and-demand analysis (which depicts the correct common-sense understanding that the higher the minimum wage, the lower is the quantity of unskilled workers that firms can profitably employ), Reich asserts that a higher minimum wage enables workers to spend more money on consumer goods which, in turn, prompts employers to hire more workers.  Reich apparently believes that his ability to describe and draw such a “virtuous circle” of increased spending and hiring is reason enough to dismiss the concerns of “scare-mongers” (his term) who worry that raising the price of unskilled labor makes such labor less attractive to employers.

Ignore (as Reich does) that any additional amounts paid in total to workers mean lower profits for firms or higher prices paid by consumers – and, thus, less spending elsewhere in the economy by people other than the higher-paid workers.

Ignore (as Reich does) the extraordinarily low probability that workers who are paid a higher minimum wage will spend all of their additional earnings on goods and services produced by minimum-wage workers.

Ignore (as Reich does) the impossibility of making people richer simply by having them circulate amongst themselves a larger quantity of money.  (If Reich is correct that raising the minimum wage by $7.75 per hour will do nothing but enrich all low-wage workers to the tune of $7.75 per hour because workers will spend all of their additional earnings in ways that make it profitable for their employers to pay them an additional $7.75 per hour, then it can legitimately be asked: Why not raise the minimum wage to $150 per hour?

Read the article “An Economist Explains How Doubling the Minimum Wage Would Spike Unemployment” on cato.org.