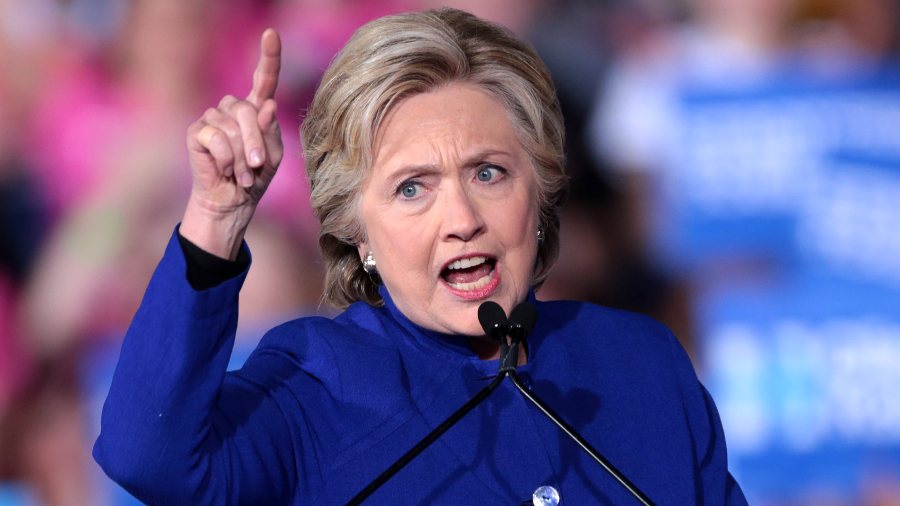 Someone who might have been in the best position to know how the Russia Hoax was created — aside from those who actually faked it themselves — was Kash Patel, chief investigator for California Rep. Devin Nunes, then-chairman of the House Intelligence Committee. Patel, a former DOJ national security prosecutor, headed Nunes’ small group they informally dubbed “Objective Medusa” to uncover the plot against Trump. It was Objective Medusa that discovered in October 2017 that the Steele “dossier” had been funded by the Clinton campaign.

As Patel explained to Dana Perino on FOX News, he was also the staffer who took the deposition that is cited in Special Counsel John Durham’s indictment of Perkins Coie partner and attorney Michael Sussmann. Sussmann, he said, is the key figure who ties Hillary Clinton and her campaign to Fusion GPS and Christopher Steele “and the false information they fed to the FBI and the DOJ to spy on a presidential campaign.”

Sussmann was incredibly well-connected and seemed to know all the players.

Patel sees this as a very-well laid out conspiracy charge that will expand to include other figures.

If you’ve read Lee Smith’s The Plot Against the President: The True Story of How Congressman Devin Nunes Uncovered the Biggest Political Scandal in U.S. History, which has served as major reference material for us since it came out in 2019, you’re not surprised to hear Patel say this. Check out Chapter 9, “The Press Breaks,” in which Smith details the carefully set-up media explosion surrounding the phony “dossier.” The Alfa Bank story was key.

As Smith explains, on October 31, 2016 — days before the election — Franklin Foer, after receiving a manufactured story from Fusion GPS, wrote in Slate that Russia-connected Alfa Bank’s computer servers were in contact with those of the Trump Organization. That article, along with what Steele had put in his “dossier,” tied Trump to Putin by way of Alfa Bank. And what did Hillary do, after her Fusion GPS operatives had planted this story? Why, put out a press release about it and retweet this lie: “Computer scientists have apparently uncovered a covert server linking the Trump Organization to a Russian-based bank.” The only thing “computer scientists” might have had to do with this story was to figure out how to fake those mysterious “pings.”

The Alfa Bank story was shown to be false in no time, but, as Smith details in his book, it didn’t really go away. It just became part of the lore, along with all the other fake stories that were never verified or had been debunked outright. Thank goodness Alfa Bank sued Steele (among others) for libel, because that forced Steele to go on record about his dicey sources and lack of any real verification.

We highly recommend the book, as it’s especially timely now. And it reads like a thriller. But as Patel says at the end, this effort still isn’t finished. “There’s no actual accountability yet,” he admits. “When we have that, then I’ll be satisfied.”

Hillary Clinton — the “Center of Gravity” for the Phony Operation

Smith concludes by saying Hillary, with her fears of losing and of being exposed as the dirty politician she is, was the “center of gravity” for this phony operation, adding that if she had won in 2016, we never would have known about any of it.

But as Victoria Taft writes for PJ Media, it’s all coming out, and we’ve just heard the clunk of another shoe dropping. (How many shoes will this centipede end up having?) The part of the Sussmann indictment that especially caught her attention was on page 10. We haven’t discussed page 10 yet, but that’s where Durham alleges that “Tech Executive 1,” who hoped to work in cybersecurity for the Clinton White House, used proprietary information to conjure up phony links between Trump and Alfa Bank. He got this information from his own companies. Unbelievably, he also used contracts with an American university to use their researchers to “search and analyze their holdings of public and non-public internet data for derogatory information on Trump” to “support an ‘inference’ and ‘narrative’ regarding Trump that would please certain VIPs.” VIP, I would point out, rhymes with “HRC.” And the narrative they were tasked with supporting was “Russia-Russia-Russia!”

A “Network of Friends” in High Places

As Taft explains, “The indictment illustrates how ‘Tech Executive 1’ used government connections, his companies, contracts with a U.S. university, Perkins Coie, Sussmann, and other political players to get Trump.”

The indictment even mentions that the major players in this scheme discussed how to fake the computer links to show to the media and the FBI. (See, I was only half-kidding when I quipped about what the computer scientists were really for!)

Taft says that internet sleuths have already pretty much figured out who these major players were, including “Tech Executive 1” and the university. We think we might be able to guess some of these as well but sure wouldn’t want to be wrong. So we’ll wait for a few more shoes to drop from the centipede.

In the meantime, here’s something else to ponder about Sussmann. We’ve mentioned before that he was representing the DNC when they were supposedly “hacked by the Russians.” (NOTE: We don’t know for sure that it was a hack, as opposed to an internal leak, and there’s no proof that it was done by the Russians.) According to Technofog, writing on SUBSTACK, as soon as Sussmann was told by the DNC of the so-called hack, he contacted an old friend at CrowdStrike, Shawn Henry, who was also the former head of the FBI’s cyber division. CrowdStrike is the company that kept the servers when the DNC refused to turn them over to the FBI. Conveniently, Perkins Coie and CrowdStrike happened to be protected by attorney-client privilege.

According to the indictment, “Within the day, the CrowdStrike team concluded that the intruders were Russian government operatives.” Whew, that was fast. That is some efficiency right there. And I guess they stuck with that, even though Julian Assange insisted that the source for the DNC data he published in Wikileaks had not come from anyone working on behalf of any government, including Russia’s.

What really happened with the DNC servers is an enduring question that Sussmann likely could answer.

Sussmann was incredibly well-connected and seemed to know all the players. We’ll leave you with an excellent article from Real Clear Investigations that explains how these scams are accomplished in DC: through a network of friends.